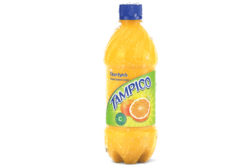 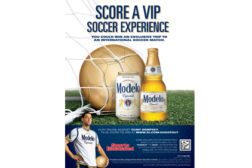 The history of The Coca-Cola Co. is integrally tied in with the iconic marketing campaigns that made Coca-Cola the worldwide brand it is today. Although technological advances are changing the way it interacts with consumers, the company still sees a common goal for its outreach, explains Clyde Tuggle, senior vice president of global public affairs and communications for The Coca-Cola Co.

Newcastle Brown Ale, a brand of Heineken USA, White Plains, N.Y., is serving up summer fun with the return of its “Your Beer. Your Glass.” summer retail program. Adult consumers can participate for the chance to claim their own Newcastle Geordie Schooner — the authentic British-style brown ale glass — in Newcastle, England.

Coney Island Brewing Co., Brooklyn, N.Y., has teamed up with the New York Public Library to create a beer fit for a founding father. To toast the 100th birthday of the library’s landmark Stephen A. Schwarzman Building on 42nd Street, the two institutions are brewing a very limited amount of “Fortitude’s Founding Father Brew,” a porter based on George Washington’s handwritten “small beer” recipe, which can be found in the library’s extensive collections.

Jones Soda Co., Seattle, announced it has teamed up with winter sports brand K2 Sports to pursue new snow-inspired initiatives. As part of the partnership, K2 will wholly integrate the Jones brand throughout its marketing initiatives as well as create a selection of Jones Soda skis and snowboards.