Beverage brands celebrate the beginning of the summer season

Dixie Elixir Fruit Punch, a THC-infused flavored soda, was awarded the High Times DOPE Cup: High Desert’s Best Beverage. The event, which took place March 23 and 24 in Adelanto, Calif., hosted more than 10,000 attendees. Cannabis beverage companies submitted their products and independent judges rated them on the bases of taste, look, smell and effectiveness, to select a winner. “Dixie has been perfecting the art and science of crafting quality infused-cannabis products for nearly a decade and we are always thrilled and humbled to get such glowing feedback, especially from the connoisseurs who serve as judges at these major festivals,” said Andrew Floor, vice president of marketing for Dixie Brands, in a statement. “Consuming a cannabis-infused beverage is about so much more than just how it makes you feel, people want to enjoy the experience and flavor matters, just as it does with a cocktail, a glass of wine or beer.”

To coincide with the premier of the eighth and final season of HBO’s hit series “Game of Thrones,” Mountain Dew launched a new social media campaign. Fans can use social media — and their real-word scavenging skills in New York and Los Angeles — to get limited-edition cans inspired by the show, the company says. Mountain Dew opted to focus on the character of Arya Stark, who as part of her training as an assassin with the Faceless Men of Braavos had to relinquish her identity to become “no one,” it adds. The limited-edition Mountain Dew cans, which cannot be bought, have no visible markings and are an icy white color. However, when the cans are chilled, the names on Stark’s kill list, including characters who killed some of her family will appear on the can. “The A Can Has No Name marketing embraces the myth and magic of the TV series, but it was still quite a big decision to sacrifice all our branding and our iconic green color,” said Erin Chin, senior director of marketing for Mountain Dew, in a statement.

A toast to Jerry 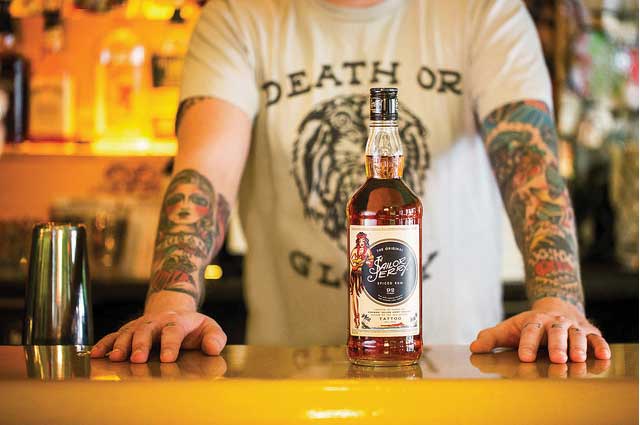 Last month, Pop Vegas partnered with Sailor Jerry Spiced Rum for an interactive exhibit inside the Tattoo’d America Pop-Up Attraction at The LINQ Promenade. Tattoo’d America featured an onsite Sailor Jerry Museum, which showcased a unique collection of famed tattoo artist Norman “Sailor Jerry” Collins’ original tattoo flash sheets and photography, the company says. In addition, visitors were able to participate in a Sailor Jerry Spiced Rum cocktail-tasting experience, it adds. “Norman ‘Sailor Jerry’ Collins, the Navy vet who became famous for his all-American inking of soldiers and sailors in World War II-era Honolulu, had an undeniable influence on the tattoo world,” the brand said in a statement. “Among his achievements, he invented the color purple for ink and promoted the use of clean and sterile needles. Inspired by Collins’ dedication to his crafts, Sailor Jerry Spiced Rum exemplifies his spirit when crafting their rum.” 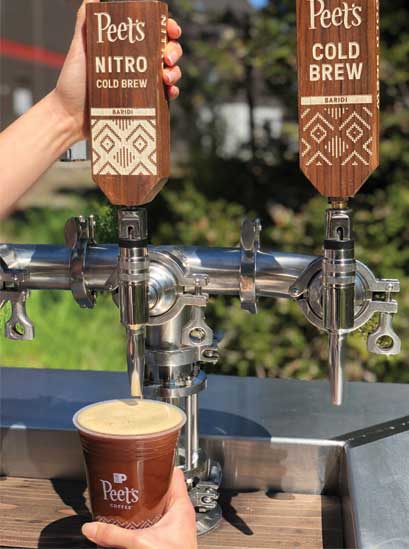 For the second consecutive year, Peet’s Coffee was the official coffee sponsor of the Coachella Valley Music and Arts Festival, which took place April 12-14 and 19-21 in Indio, Calif. During both weekends, Peet’s hosted a one-of-a-kind festival Tap Room, a vintage bus “recharge” experience and traveling sample trikes. Festival-goers were able to sample and purchase Peet’s Baridi Blend Cold Brew and Nitro Cold Brew, as well as rest in between sets at an outdoor shaded lounge with charging stations and cooling misters.