Keurig Green Mountain announced the release of a new K-Café Single Serve Coffee, Latte & Cappuccino Maker, exclusively available on Amazon.com and rolling out at retailers nationwide later this summer. The device allows consumers to easily make their favorite single-serve regular coffees, frothy cappuccinos and creamy lattes in minutes, enabling any house to be a coffeehouse. The Keurig coffeemaker works with any K-Cup pod. Each new coffeehouse brewer is designed with an integrated, easy-to-clean milk frother that froths fresh milk, including skim, soy and almond. In addition to brewing regular or on-the-go sizes, all coffeehouse brewers have a new shot feature that brews a concentrated shot of coffee to be added to frothed milk to make coffeehouse style beverages. The new machine enables consumers who may have been intimidated by multi-step preparations or messy clean-up to easily enjoy coffee at home, the company says.

Ale and an app 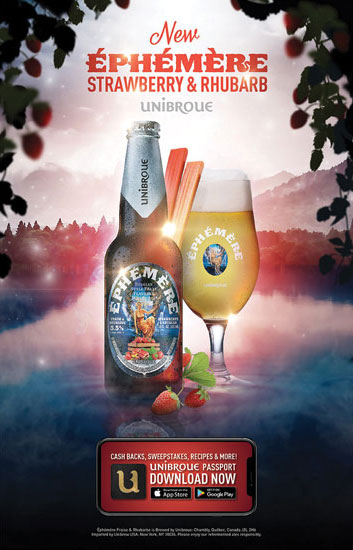 Unibroue debuted a new limited-release Belgian-style, fruit-flavored wheat ale, Éphémère Strawberry & Rhubarb, which was the featured subject of an augmented reality game available through the Unibroue Passport App. In-app opportunities included winning an all-expenses paid trip to the brewery in Quebec, Canada, a cash back digital coupon for purchases of Éphémère Strawberry & Rhubarb via Checkout 51, and more, the company says. The Unibroue Passport App is available in Apple’s App Store and Google Play. In “Catch a Fairy,” which ran through July 18, gamers could catch Éphémère fairies to perfectly balance the beer’s five ingredients. Two more virtual reality games highlighting Unibroue beers are planned for 2018, including one that will correspond with the brewery’s new release, Cherry Black Forest Cake Ale. 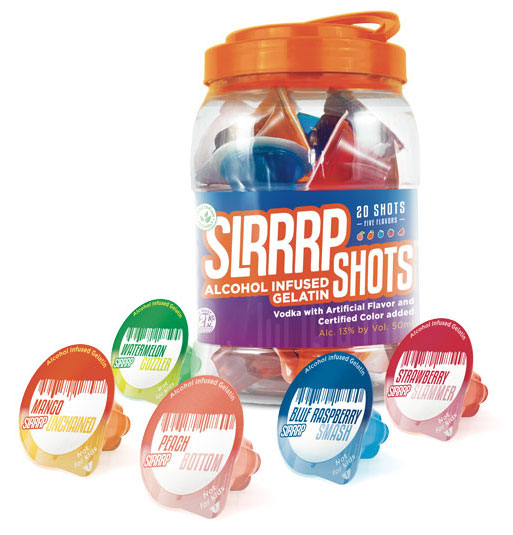 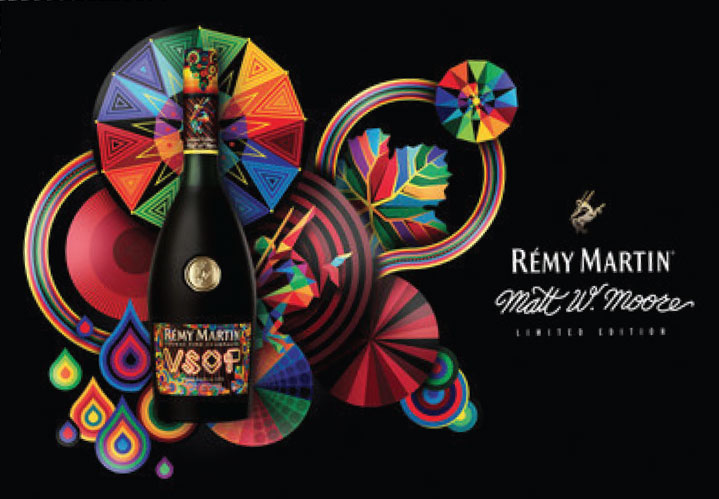 Rémy Martin joined forces with internationally-renowned graphic designer, Matt W. Moore, to create a new augmented reality (AR) app. Founded in 1724, Rémy Martin has long celebrated art and special collaboration, born from shared values of creativity and audacity. The company is bringing its traditional Cognac-making craftsmanship into a modern, cosmopolitan setting. Driven by the power of digital, Moore has created a visual narrative for the brand using his iconic “Vectorfunk” abstract graphics to generate new, colorful energy and harmonize history, it adds. The new app, Rémy Martin ARt, allows users to see through an art perspective, using a vast pallet of 3-D graphical elements inspired by Moore’s visual universe, the company says. Users can download the limited-edition app and share their AR experience on social media using the hashtag #ARtbyRemyMartin. 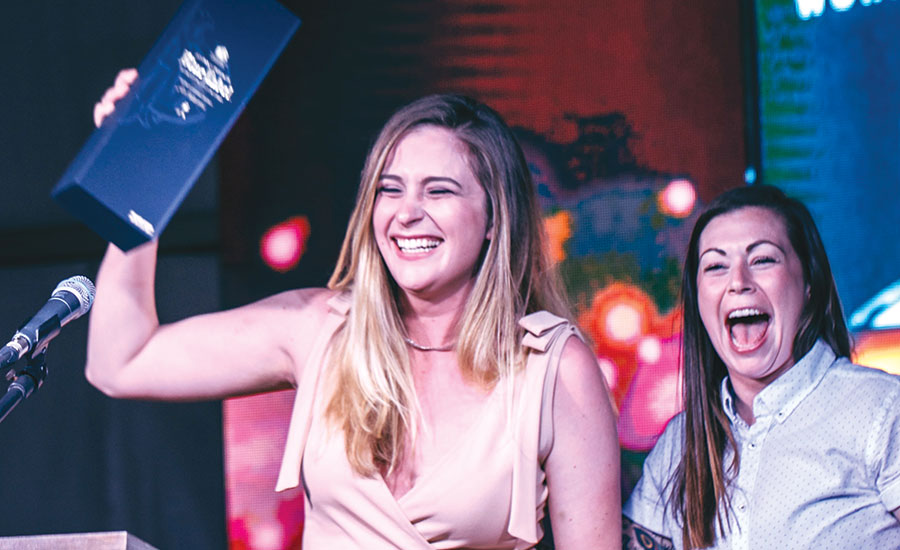 Sponsored by Diageo, the United States Bartenders’ Guild (USBG) World Class, named Laura Newman as the 2018 U.S. Bartender of the Year. Held at the Stitzel-Weller Distillery in Kentucky, the competition brought together the best bartenders across the country, who represent the craft and elevation of the art of cocktail creation with the ultimate goal of representing the U.S. at the global competition in Berlin this October, the association says. “It’s truly an honor to be named the U.S. Best Bartender of the Year and I cannot wait to continue on this journey and represent my country at the Global Finals in Berlin,” Newman said in a statement. 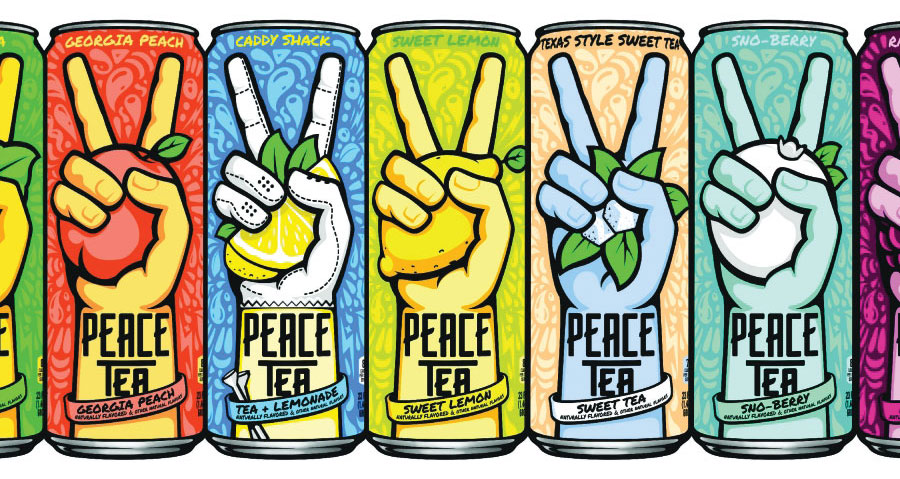 Peace Tea debuted a new campaign called Choose Peace. The company invites those between the ages of 17-24 to perform Randomer Random Acts of Kindness on social media. With every “like” of a Peace Tea Facebook or Instagram post, Peace Tea will donate $1 to RandomActs.org, a charity that funds random acts of kindness around the world, the company says. Followers who share a Peace Tea Facebook post or comment on an Instagram post will pose a $2 donation to the charity, it adds. “Choose Peace is a deliberate double entendre encouraging people to of course choose Peace Tea — and then choose peace by performing a Randomer Random Act of Kindness to brighten someone’s day,” said Handley Mikec, Peace Tea associate brand manager, in a statement.

Chameleon Cold-Brew announced its new multifaceted sustainability program in South America and Southeast Asia. The company will establish five community-driven projects in four countries to empower farmers with the technical assistance and resources to not only improve the quality of organically produced coffee, but their livelihoods as well, it says. “Our ultimate objective is to create long-term economic, environmental and social sustainability through compassionate leadership within the global coffee supply chain,” said Matt Swenson, Chameleon director of coffee, in a statement. “We strongly believe that empowering our partners in coffee-farming communities with the proper tools, resources and support at a grassroots level will drive sustainable change.”

Bacardi Ltd. and Lonely Whale, a nonprofit organization dedicated to positively impacting the health of oceans, announced their partnership initiative to help rid the environment of single-use plastics. The goal of the initiative is to eliminate one billion single-use plastic straws by 2020, the companies said. Through a series of corporate and brand collaborations, events and calls-to-action around the world, Bacardi will encourage consumers, customers and all those looking to lend their ideas and voices to the initiative, to join the campaign titled hashtag #TheFutureDoesntSuck. “Engaging our accounts and our consumers in the reduction of single-use plastic is a critical next step in helping to put an end to plastic pollution,” said Rick Wilson, Bacardi’s senior vice president of corporate responsibility, in a statement. “Single-use plastic items are among the most collected pieces of trash in our oceans, and we are urging our consumers to add ‘No plastic straw, please’ to every drink order so together we can make impactful change.”