Sparkling Ice launched its latest sweepstakes titled hashtag #WhattheFlavorSweeps, where fans can enter to win a multitude of prizes. Regatta Craft Mixers announced a partnership with US Sailing. Gatorade launched a new campaign designed to encourage young girls to participate in sports.

For our nation’s heroes

Last month at its kickoff event in Nashville and as a part of its Purple Bag Project, Crown Royal partnered with country music artists Russell Dickerson and Chase Rice, reality TV star Colton Underwood and Tennessee Titan offensive lineman Ben Jones to package and distribute 1 million care packages to military heroes and those impacted by natural disasters. The goal of the project is to reach 1 million packages sent to those in need by 2020. Crown Royal also will contribute $1 to the charity Packages From Home for every purple bag donated, it says.

One plastic bottle at a time

In celebration of World Oceans Day last month, JUST Water partnered with the Clearwater Marine Aquarium (CMA) to eliminate single-use plastic water bottles from on-premise point of sale and replace it with an environmentally friendly option. Aquarium guests now will have the option to purchase JUST Water, a 100 percent recyclable, paper-based carton filled with 100 percent responsibly sourced spring water from upstate New York, the company says. JUST now is the exclusive water and official partner of CMA and will be a presenting partner of Winter’s Ocean Warriors Education program and Sea Turtle Awareness Day, it adds. “Plastic is a deadly problem for marine life and something our rescue team sees daily,” said David Yates, chief executive officer of CMA, in a statement. “Eliminating CMA’s use of plastic water bottles and switching to JUST Water, a more sustainable alternative, is a positive step in improving the health of our fragile marine environment. We deeply appreciate JUST’s commitment to make this happen.” 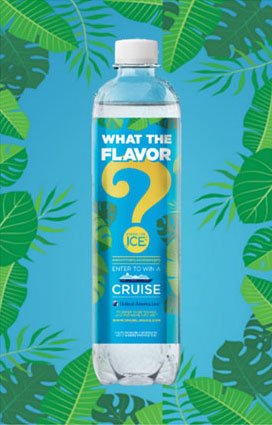 Sparkling Ice launched its latest sweepstakes titled hashtag #WhattheFlavorSweeps, where consumers are encouraged to try the new limited-edition mystery flavor for a chance to win one of the more than 500 available prizes. Through July 31, consumers can submit their flavor guesses on Instagram, Twitter or SparklingIce.com using the hashtag, and they will be entered to win a variety of prizes including a grand prize of an all-expense paid seven day Caribbean cruise package from Holland America Line, the company says. “Our sweepstakes were a huge success last summer,” Chief Executive Officer Chris Hall said in a statement. “We witnessed record-breaking sales as a result of our Mystery Flavor offering and, as such, wanted to create a second iteration of a limited-edition flavor for this summer as well.” The Sparkling Ice Mystery Flavor is available at retailers nationwide, and the contest winner will be announced at the end of summer.

Sisters who sweat together

Gatorade released a new short film titled “Every Day Is Your Day” staring female soccer stars Mia Hamm and Mallory Pugh. The film taps into Dr. Seuss’ iconic “Oh, The Places You’ll Go,” poem with the lines “Congratulations. Today is your day. You’re off to great places. You’re off and away.” Gatorade designed the film to demonstrate and inspire young athletes about the power, skills and confidence that are instilled by playing sports from a young age, the company says. It also is a part of the brand’s Sisters in Sweat initiative, which addresses the fact that girls drop out of sports one-and-a-half times the rate of their peers, and as a result, disproportionately miss out on the skills and long-term benefits associated with playing sports, it adds.

A drink and a sail boat 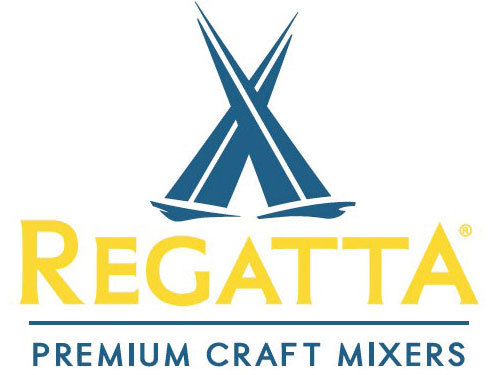 Regatta Craft Mixers and US Sailing have entered into a multi-year sponsorship agreement and announced Regatta now is the Official Craft Mixer and Ginger Beer of US Sailing. The partnership will enhance the on-site experiences of participants at US Sailing Events and will support Regatta Craft Mixer’s ability to introduce and showcase their products to sailors and at yacht clubs and sailing organizations across the country, the companies say.