LIFEWTR, in partnership with Americans for the Arts, announced its mission to hashtag #BringArtBackToSchools by infusing creativity into schools across the United States. The project will reach 10 million students through school and community beautification projects and arts education programming as part of its continued collaboration with Scholastic, the company says. “At LIFEWTR, we believe that arts education plays an invaluable role in helping students achieve success and reach their full potential in school and beyond,” said Alexis Porter, senior director of LIFEWTR Marketing, in a statement. “Students involved in the arts are four times more likely to be recognized for academic achievement, which is why it’s more important than ever to #BringArtBackToSchools. Through our collaboration with Scholastic and Americans for the Arts, we are making a concerted effort to impact 10 million students nationwide through arts education programming and to preserve the critical source of where creativity begins, in our schools.” 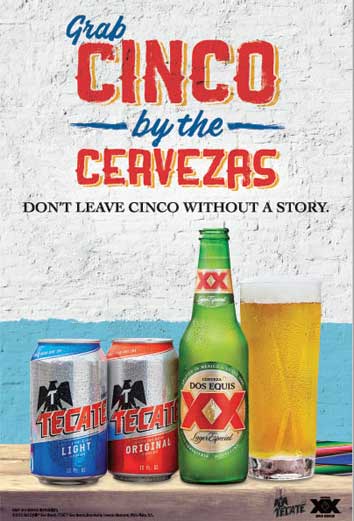 In celebration of Cinco de Mayo, HEINEKEN USA’s Mexican Import brands — Dos Equis and Tecate — are inviting consumers to “Grab Cinco by the Cervezas,” to support the idea that Cinco is more than just a day on the calendar — it’s a mindset focused less on tradition and more on having fun and celebrating, the company says. “We’re ramping up for Cinco 2019 with creative on- and off-premise merchandising, as well as feature and event amplification through social media,” said Alison Payne, vice president of marketing for the Mexican Beer Portfolio at HEINEKEN USA, in a statement. “Grab Cinco by the Cervezas images sized for Facebook and Instagram posts are perfect for advertising features and specials. We’ll be getting the word out about account activations, so accounts can be confident that consumers will be calling for Dos Equis and Tecate when their thoughts turn to Cinco.” To drive awareness, social media templates will advertise Cinco de Mayo features, specials and holiday events while thematic, channel-specific point of sale systems will bring the promotion to life on- and off-premise, the company says. 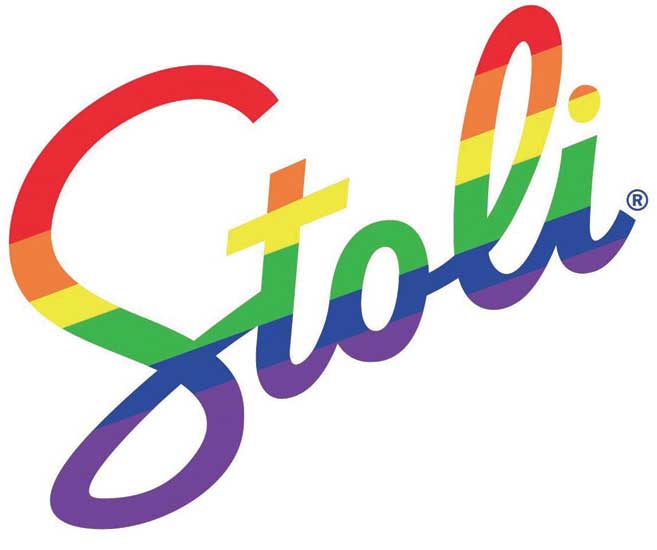 Stoli Vodka, in partnership with the Key West Business Guild, announced the return of the world’s largest LGBTQ bartender competition: the Stoli Key West Cocktail Classic. This year’s competition, which stops in 14 cities across the country, began last month and will run through the beginning of June, with the grand finale taking place June 4-10 in Key West, Fla. Stoli fans can attend the events, all of which are free to the public, by registering through Stoli’s Facebook page. On-site attendees will be able to text in their vote for their favorite bartender once all presentations are final, the company says.

Prairie Organic Spirits announced the launch of its newest program: Spirit of Change Fund. Through this program, Prairie Organic is committing 1 percent of all sales to support the next generation of organic farmers and to help transition farmland to organic, the company says. As part of its Spirit of Change Fund, the company is partnering with Rodale Institute to provide scholarships for its Next Generation Scholarship Program to instill organic agriculture knowledge and skills to future organic farmers, it adds.

In an effort to help those consuming alcoholic beverages, Nilo Brands launched its self-titled line of hangover recovery beverages. Nilo Hangover Recovery is an all-natural, vegan remedy that will help you go from zero to hero after a long night of celebrating, the company says. “Being diagnosed with a liver condition that gives me terrible hangovers even after drinking just two beers, inspired me to find a remedy,” said Founder and Chief Executive Officer Said Chedraui, in a statement. “My goal was to not only improve my daily life, but also help everyone live a better and more productive life.” The main ingredient in Hangover Recovery is DHM, an antioxidant that is derived from hovenia dulcis, a Japanese tree, the company says. DHM accelerates liver detoxification and minimizes the negative morning-after effects of alcohol, it adds.