Open a ‘Can of Whup Ass’

As part of the Pepsi Lipton Tea partnership, Brisk Iced Tea partnered with Universal Pictures for the Aug. 2 premier of “Fast & Furious Present: Hobbs & Shaw,” starring Dwayne “The Rock” Johnson and Jason Statham. Inspired by the film’s style, talent and storytelling and by Brisk’s mission of supporting young creators, Brisk is bringing the partnership to life with “Cans of Whup Ass,” a one-of-a-kind filmmaking opportunity for an upcoming artist and activations to engage fans, the company says. The can design was inspired with a line spoken by Johnson’s Luke Hobbs character in the film’s trailer, making his line “an ice-cold can of whup ass” a reality, according to the company. The winning advertisement was created by Evans Alexandre, who was selected from among many young creators. In addition to his ad being selected, Alexandre received a summer mentorship with “Hobbs & Shaw” director David Leitch as well as a monetary grant from Brisk to further fuel his creative pursuits.

Bud Light rolled out a new campaign that includes a series of videos playing off of its Real Men of Genius campaign from the late ‘90s and early 2000s. “Internet Heroes of Genius,” a series of seven video spots, rolled out on Bud Light’s YouTube channel and included Online Encyclopedia Hero, Snapchat Lens Hero and Person That Still Uses Middle School Email. In addition to watching and sharing the video spots, fans are able to share their Internet achievements by tweeting at Bud Light for a chance to receive a custom salute throughout the day, the company says. “The Real Men of Genius campaign is one campaign that our Bud Light followers have continued to reference in memes, GIFs and social content, so after years of requesting for its return, it was only right we pay the tribute and raise a digital glass to today’s real Internet heroes,” said Conor Mason, Bud Light digital director, in a statement.

Ease into the morning 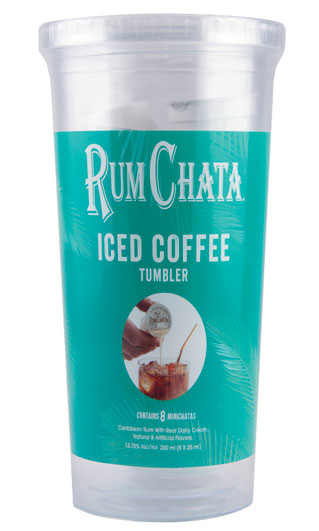 RumChata released its Summer Tumbler for iced coffee and cold-brew consumers who enjoy having a little kick in their morning coffee. The 26-ounce plastic thermal tumbler comes filled with eight, 25-ml MiniChatas, the company says. “While delicious on its own and in hundreds of cocktails, one of the most popular ways consumers enjoy the one-of-a-kind flavor of RumChata is simply mixed in their favorite iced or cold-brew coffee,” said Tom Maas, RumChata founder and master blender, in a statement. The RumChata Summer Tumbler is available throughout the United States for a suggested retail price of $9.99. 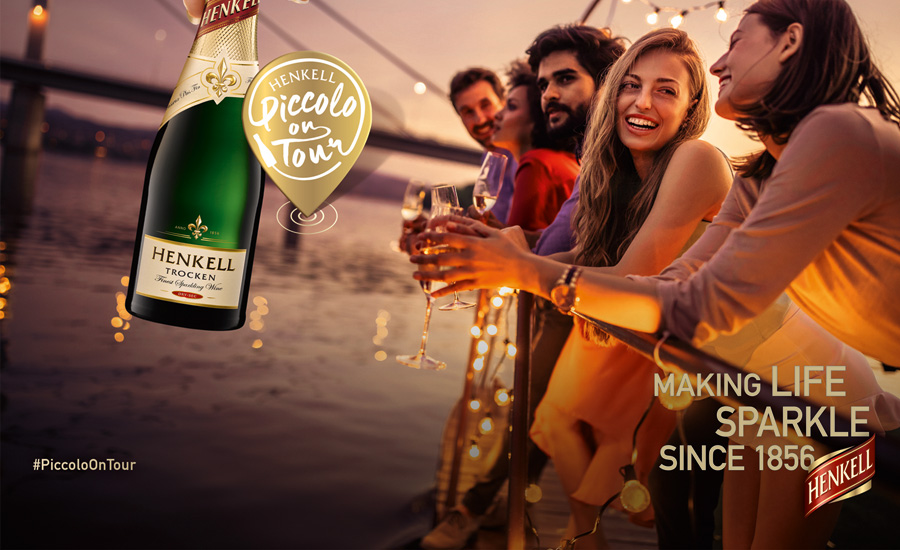 Henkell, makers of German sparkling wine, is sending its “little one,” Piccolo, around the world for a new international campaign. Fans are encouraged to take and share a photo of their Henkell Piccolo experience using the hashtag #PiccoloOnTour. Running through January 2020, the brand randomly will award prizes to participants, it says. The campaign is supported worldwide by comprehensive marketing tools such as press releases, social media posts and high-reach influencer marketing, according to the company. Participating countries include Germany, Montenegro, Canada, Brazil and Australia, the company says.

Green Mountain Coffee Roasters partnered with National Geographic for a 30-minute special that gave an exclusive look at the origin and facility locations of Green Mountain’s Costa Rican coffee operations. Mountain Crafted: The Art of Good Coffee aired June 27 on the National Geographic Channel and followed artist and world traveler Trek Kelly as he traveled to Costa Rica to explore local rituals, passions, best practices surrounding coffee and every step that goes into creating your daily morning cup, the company says.