This football season, the Pepsi brand, including Pepsi, Diet Pepsi and Pepsi Zero Sugar, is bringing fans closer to the game with its new 360-degree program and Pepsi Tailgate Tour. Throughout the season, Pepsi will stop at stadiums across the country to host free stadium tailgate parties, with stops at key college and NFL matchups, the company says. The tour also includes mainstage performances by country-duo LOCASH, a full gaming area with activities like cornhole, ladder ball and giant Jenga, as well as opportunities for fans to win Pepsi gear, game tickets and more, it adds. “We love football and Pepsi is all about enhancing the overall fan experience,” said Todd Kaplan, vice president of marketing at Pepsi, in a statement. “We want to be there for all the best moments that happen throughout the season, whether it’s on your couch, at a tailgate or inside the stadium.”

Pour your soul out

Spotify launched its first branded original podcast series, Ebb & Flow, in partnership with New Amsterdam Vodka. This also is New Amsterdam’s first foray into the world of podcasts as part of its Pour Your Soul Out campaign, the company says. The podcast is hosted by international music influencer, DJ, curator and New Amsterdam Vodka ambassador Jasmine Solano. Solano interviewed artists such as GASHI, Bryce Vine, Saweetie, J.I.D. and Skizzy Mars, who have all shared their stories of grit and grind, and their history in the music industry, the company says. All five episodes now are available on Spotify. 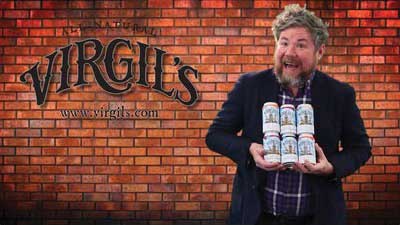 Reeds Inc., owner of Virgil’s Handcrafted Sodas, announced that it has chosen New York City bartender and 12-time Jeopardy champion Austin Rogers to be the new Virgil’s Genius. Rogers will represent Virgil’s Zero Sugar beverage line at marketing events, tradeshows and on social media, it says. Reed’s began the search for its new “Virgil’s Genius” in April, with the launch of a nationwide contest where applicants submitted videos describing why their own personal brand of genius would best represent the Virgil’s brand, it adds. Rogers was selected from a list of 20 finalists, where fans voted through the company’s Instagram page. “I have always loved Virgil’s craft sodas, but once I had a chance to try the new Zero Sugars, that was it, I was hooked,” Rogers said in a statement.

Smirnoff Vodka launched a new media campaign entitled Welcome to the Fun%, which celebrates good times with a quality product everyone can afford, the company says. The brand partnered with TV personalities including actor and producer Ted Danson, actress and author Jenna Fischer, LGBTQ TV personality Jonathon Van Ness, LGBTQ advocate and actress Laverne Cox, and actress and comedian Nicole Byer. The Fun% is redefining what it looks like to have a good time with their own personal brand of scrappy, resourceful creativity, it says. The new Smirnoff campaign showcases diversity with a range of cast members, who vary in age, ethnicity, gender, sexual preference and background, all of whom embody the Fun% in their own, unique way, it adds. 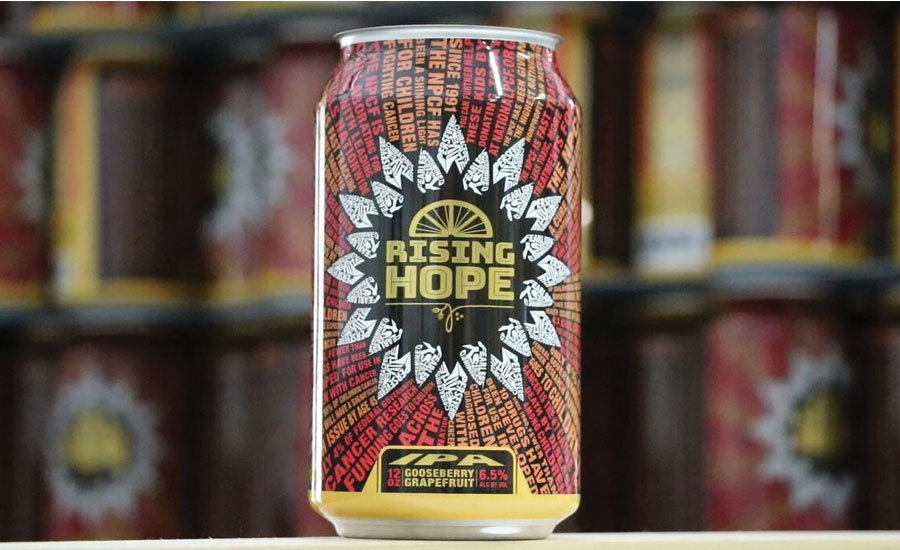 The National Pediatric Cancer Foundation (NPCF) joined forces with six breweries nationwide to release its limited-edition Rising Hope IPA through its Brewing Funds the Cure campaign. The Rising Hope IPA was first created by Tampa’s Cigar City Brewery and Brew Bus Brewing in 2017, where the gooseberry grapefruit IPA has helped raise more than $26,000 through funding and sales since its inception, the company says. This year, the NPCF has doubled the batch amount and is using donated ingredients from participating breweries around the country, it adds. All proceeds will go toward funding research and treatment for children battling cancer.