You had to be a hotshot

HOT Canned Coffee announced that its grab-and-go HOTSHOT hot coffees and hot chocolate now is available on Amazon.com. In addition, Amazon PRIME members will receive free two-day shipping and also are able to register for a subscription service, the company says. The coffee, available in Black, French Vanilla and Hot Chocolate, is made from liquid coffee extract. The coffees are served in aluminum cans that are warmed to 140 degrees by a patented, custom-designed HotBox, it adds. The HotBox is designed to keep HOTSHOT beverages at 140 degrees day and night, while being energy efficient. HOTSHOT is the brainchild of Founder Danny Grossfeld, who initially pitched the innovation on NBC-TV’s “Shark Tank” and the product now is available at select theater chains, casinos, ballparks and fast-casual restaurants. 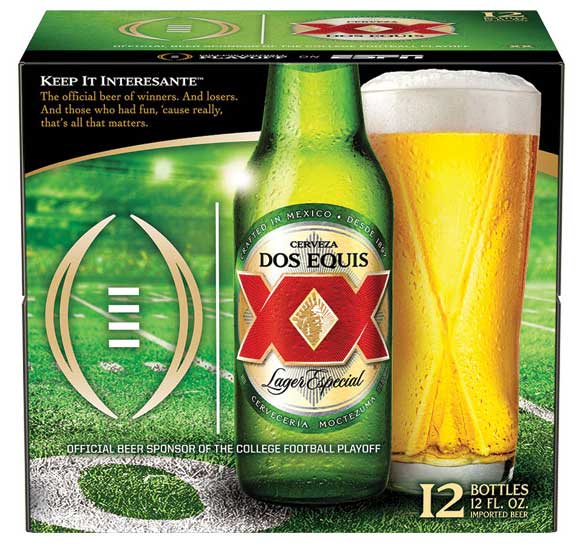 Dos Equis, is once again the Official Beer Sponsor of the College Football Playoff. Each week from August through December, the brand is giving football fans and beer drinkers the chance to win tickets to the College Football Playoff National Championship game in January 2019. Beer drinkers can expect Dos Equis to make the legendary game a little more interesting this football season, as the brand will deliver fun and authentic content while giving the fans a chance to live once-in-a-lifetime experiences, it says. Beer drinkers who show a passion for Dos Equis and a passion for college football can snap a picture of a Dos Equis and text keyword XXFAN to 77000 to have a shot at weekly prizes. The brand also will embark upon an integrated marketing campaign featuring “The Interesante History of College Football” to be included in 15- and 30-second TV spots starring college football legends Steve Spurrier and Les Miles.

The hunt goes on 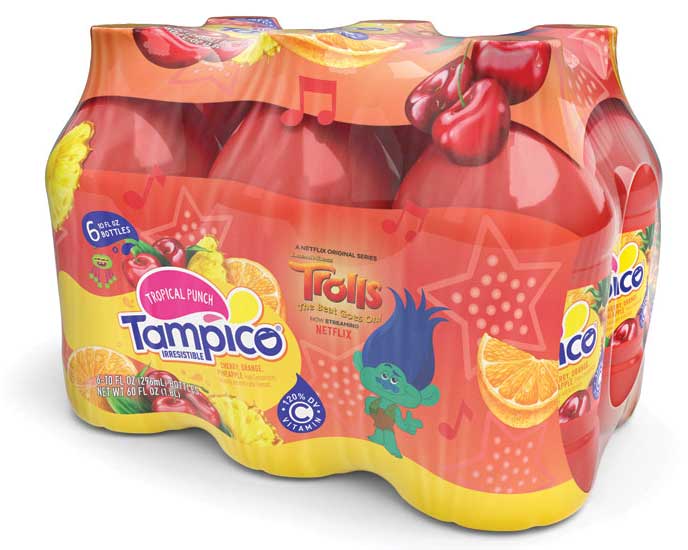 No longer a mystery

Sparkling Ice revealed the Mystery Fruit Flavor that was part of its summer-long social media sweepstakes. In June, Sparkling Ice challenged fans to taste, debate and cast their flavor picks via social media using the hashtag #WhatTheFlavorSweeps, for a chance to win more than $45,000 worth of prizes, the company said. Fans casted their votes and winners were announced on a weekly basis from May 15 to Aug. 7, it added. “At Sparkling Ice, we’re excited to share that the Mystery Fruit Flavor our consumers have been drinking all summer long has been revealed as Passion Fruit Punch,” said Nina Morrison, vice president of community and customer relations at Talking Rain Beverage Co., in a statement. “In fact, our fans and followers have been enjoying the flavor so much that they’ve made it one of our top-selling Sparkling Ice products of the summer.”

Sunny Delight Beverage Co. debuted a new look and advertising campaign geared to target Generation Z consumers. The new campaign kicked off at the beginning of August with a “media-storm” across national and local TV, national Hispanic TV, cinema, streaming video, and paid social platforms on numerous properties including MTV, VH1, Spotify, Pandora and more, the company says. Along with the media spots, the company showcased a new logo and website. President and chief executive officer of parent company Harvest Hill Beverage Co., John LeBoutillier commented in a statement: “SunnyD is truly one-of-a-kind, and it’s time to share its originality with a whole new generation by celebrating that group’s own originality. SunnyD’s taste is second to none, bursting with flavor, and has a huge appeal to Gen Z, a group that appreciates what makes brands like ours distinct and knows to drink to their own beat.”

Kendall-Jackson Winery announced its efforts to generate support of the White Wine Emoji and is asking the global wine community and white wine lovers to join, the company says. Kendall-Jackson submitted a proposal for the creation of a White Wine Emoji to the Unicode Consortium, the nonprofit corporation devoted to creating a universal coding standard for the world’s languages, it adds. The proposal was selected for review by the Unicode Technical Committee, where they will vote to bring the White Wine Emoji into development in spring 2019. “For years, Kendall-Jackson consumers and Chardonnay fans have been reaching out to us and asking ‘where is the wine white emoji,’” said Maggie Curry, director of marketing for Kendall-Jackson Winery, in a statement. “This is our chance to do something about it, not just for our fans, but for the global wine community at large.” 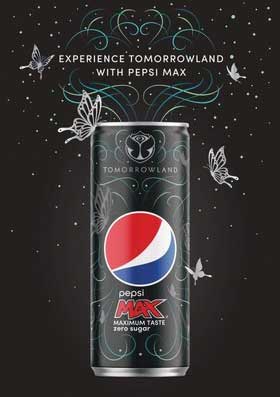 PepsiCo announced a four-year partnership between its Pepsi MAX brand and European music festival Tomorrowland, which began in July. Pepsi MAX serves as one of the main sponsors of the Belgium-based festival, which has more than 1 million pre-ticket registrants and attendees from 200 countries each year, the company says. The festival includes digital activations and on-the-ground experiences, it adds. “Music is in Pepsi MAX’s DNA, so we are excited about our multi-year partnership with Tomorrowland,” said Mark Kirkham, head of marketing and innovation for PepsiCo West Europe Beverages, in a statement. “Tomorrowland is not only one of the greatest festivals in the world, but has one of the largest global fan bases, lending its potential to be one of our most exciting and engaging activations.” 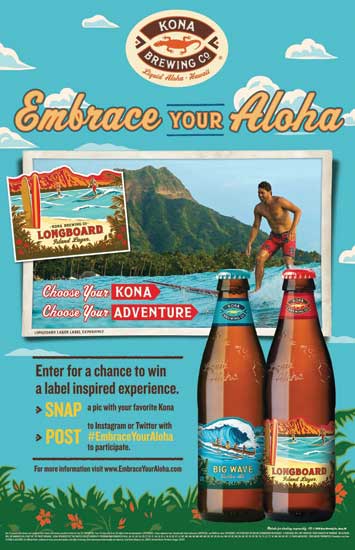 Kona Brewing Co. launched a campaign called Embrace Your Aloha, encouraging consumers to “embrace their Aloha” spirit for a chance to win a Hawaiian vacation to one of the four destinations featured on Kona beer labels. To enter the sweepstakes, fans were encouraged to take a picture with their favorite Kona beer and post the image on Instagram or Twitter with the hashtag #EmbraceYourAloha. One grand-prize winner was selected to receive a four-day, three-night all- expense trip to live the label of their favorite Kona brew.