Adding punch in and out of the ring

Tecate, a brand of Heineken USA, announced the return of its boxing promotion, “Claim Your Corner,” which was promoted at point-of-sale and with high-reach social media leading up to the potential championship boxing rematch between No. 1 fighter, “Golden Boy” Canelo Alvarez, and his opponent Gennady “GGG” Golovkin. The on- and off-premise promotion leading up to the May 5 fight captured the excitement of the ultimate showdown by engaging boxing fans and beer drinkers nationwide, the company says. During the past five years, boxing within the Hispanic segment has grown at a compound annual growth rate of nearly 4 percent, it adds. 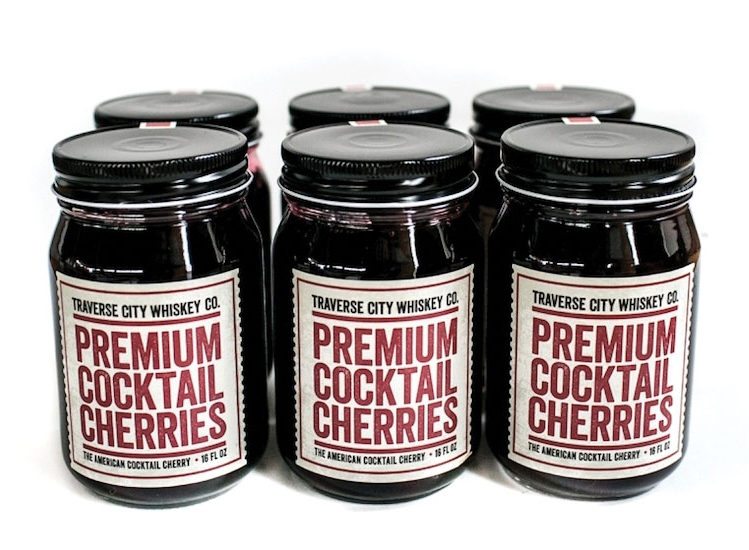 Traverse City Whiskey Co. (TCWC) recently added all-natural Premium Cocktail Cherries to its lineup. Known as the “Whiskey of the North,” and based in Michigan, the Cherry Capital of the World, TCWC is using Northern Michigan Balaton Cherries, which are exclusively harvested from orchards in the Traverse City area.

Traverse City Whiskey Co. (TCWC) recently added all-natural Premium Cocktail Cherries to its lineup. Known as the “Whiskey of the North,” and based in Michigan, the Cherry Capital of the World, TCWC is using Northern Michigan Balaton Cherries, which are exclusively harvested from orchards in the Traverse City area. The large, plump cherries, which are dark burgundy in color, are delivered to the distillery in five-gallon pails, mixed with the company’s bourbon whiskey before being heated to a near-boil before traditional jarring to kill all possible bacteria, it says. “The end-product and warm reception from retailers of our premium cocktail cherries have exceeded our expectations,” Chris Fredrickson, Co-founder of TCWC, whose family has been farming cherries in northern Michigan for four generations, said in a statement. “We’re thrilled to combine our passion for innovation and quality in a product that also reflects our family history and heritage.”

Propelling its way to success 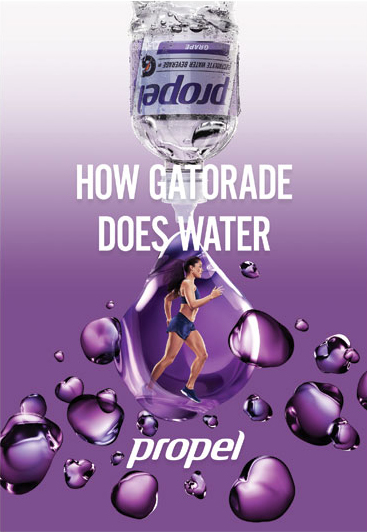 Since it first splashed onto the scene in 2001, Propel Electrolyte Water, positioned as “Propel Fitness Water, from the makers of Gatorade,” was one of the first enhanced waters specifically formulated for fitness enthusiasts, the company says.

Positioned as “Propel Fitness Water, from the makers of Gatorade,” the enhanced water brand was formulated for fitness enthusiasts, the brand says. Recently, Propel debuted How Gatorade Does Water, an integrated marketing campaign designed to showcase Propel’s credentials through a product-centric campaign that dramatizes hydration for active people, it says. The campaign will run throughout summer and features a new TV commercial and a renewed emphasis on social media and digital advertising on Facebook, Instagram, YouTube, Pandora, Spotify, PopSugar and Under Armour’s Map My Fitness and My Fitness Pal.

Your best Cinco yet 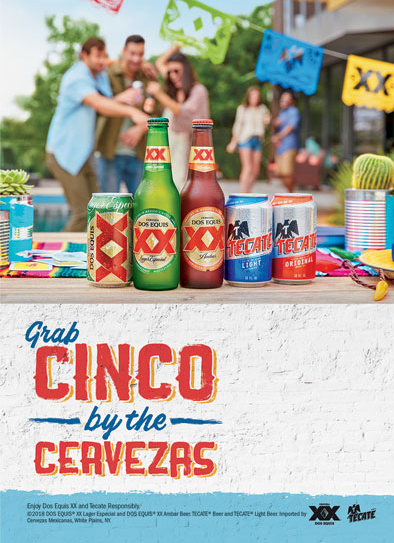 In the spirit of Cinco de Mayo, Heineken USA has rolled out a new campaign with its Mexican import brands: Dos Equis and Tecate. (Image courtesy of Heineken)

In the spirit of Cinco de Mayo, Heineken USA has rolled out a new campaign with its Mexican import brands: Dos Equis and Tecate. The brands teamed up to remind consumers that Cinco de Mayo is more than just a day on the calendar, it is a mindset for them to have fun and celebrate. With the holiday being ranked a Top 5 dollar-volume holiday, Heineken USA has created an opportunity for retailers and consumers to partner with the company and Grab Cinco by the Cervezas, it says. “We know that consumers are enjoying Mexican imports at home or with friends, within the week before and week of Cinco de Mayo,” said David Smith, Heineken USA Dos Equis brand manager, in a statement. “We want beer drinkers to have everything they need to make this their best Cinco yet.” To drive awareness, retail stores featured aesthetic displays of Dos Equis and Tecate to increase shopper and brand takeaway, as well as on-premise brand ambassadors handing out samples to those of legal-drinking age. 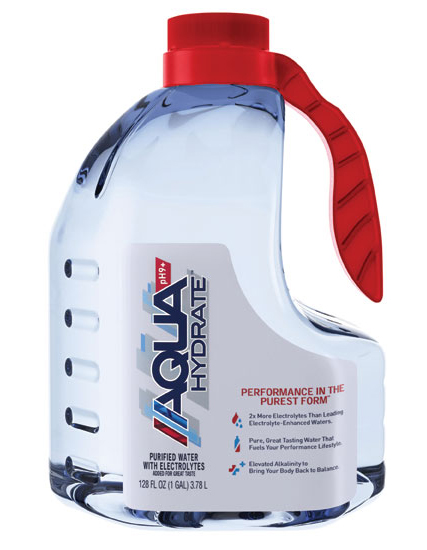 AQUAhydrate launched a limited-edition patriotic bottle to coincide with its first military ambassador program. The program will create engaging experiences to help members of our Armed Forces and their families achieve wellness by incorporating fitness, family unity, and social responsibility into their everyday lifestyles, the company says. 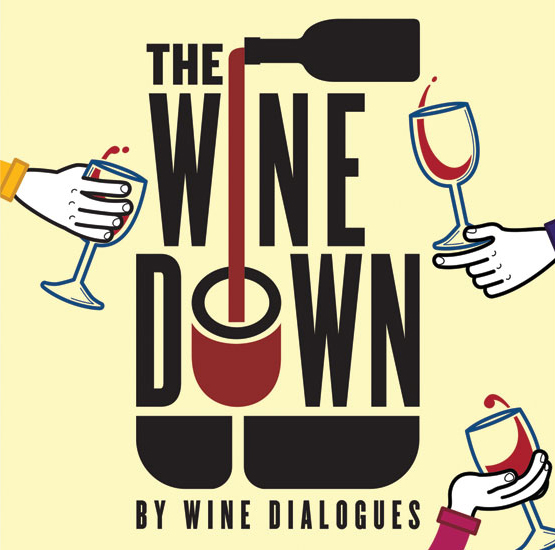 E. & J. Gallo Winery announced the launch of a new podcast series with comedian and self-proclaimed wine novice Ben Schwartz. (Image courtesy of The Wine Down)

E. & J. Gallo Winery announced the launch of a new podcast series with comedian and self-proclaimed wine novice Ben Schwartz. The podcast is a miniseries, with seven episodes, giving listeners a crash course in wine education, the company says. Each episode will contain a breakdown of all things wine, as Schwartz sits down with a guest comedian and different winemakers to discuss topics like the effects of barrel-aging or the implications of terroir and climate, it adds. “The Wine Down by Wine Dialogues” podcast is available for subscription or download, via normal podcast applications. “Wine is a wonderfully complex and diverse beverage, and that can be intimidating for a casual wine drinker,” said Suzanne Denevan-Brown, publisher of Wine Dialogues by E. & J. Gallo Winery, in a statement. “However, you don’t have to be a wine expert to enjoy wine or even talk about it. With ‘The Wine Down,’ we wanted to create something that would show people you can have as much fun talking about wine as drinking it.”

The team at Reed’s Inc. has developed Virgil’s Zero Sugar, a carbonated soft drink that contains zero sugar, zero calories, and zero carbs. Launched in April, the new line is available in six different flavors: Root Beer, Black Cherry, Vanilla Cream, Cola, Lemon Lime, and Orange, all in 12 oz. cans. Alongside the launch of this new product, Reed’s has started a nationwide search for a spokesperson to become Virgil’s Genius. The chosen winner will be an integral part of the official Virgil’s Zero Sugar brand and represent the brand at public events and upcoming advertising campaigns, the company said in a statement. Contestants must submit a video by May 31, making their case as to why they should be the new Virgil’s Genius.

Five-time MLS Cup champions, the LA Galaxy, and Constellation Brands have joined forces in a new, multiyear agreement. The partnership has designated Modelo Especial, a top-selling beer in the Los Angeles area, to be the main sponsor of both the Stubhub Center and the LA Galaxy. Constellation Brands also will become a founding partner of the Stubhub Center. With the agreement, Modelo will serve a key role in the team’s marketing plan, which includes co-branding marketing materials, fan merchandise, consumer promotions, and fan engagements, according to the companies. “Modelo and the LA Galaxy are simply a perfect fit. Not only is soccer deeply embedded in Modelo Especial’s Mexican roots, but both brands embody the true fighting spirit that we strive for: quality, excellence, and greatness,” said Vice President of Marketing for Modelo USA Ann Legan.