Earlier this year, Bacardí introduced its Premium Collection of rums; however, most recently, the company unveiled the first ad campaign for the collection. Titled The Angel’s Share, the campaign was co-directed by actor and filmmaker Michael B. Jordan, and uses a short-film to tell the story of family, heritage and the Bacardí premium rum-aging process, the company says.

A new kind of offering

To showcase its new line of handcrafted espresso drinks, Dunkin’ teamed up with BBDO NY to create a new campaign titled Sipping is Believing. The fully integrated campaign includes TV, radio, social media and on-premise displays. “With our new espresso lineup, we’re now offering a terrific espresso at a great value, delivered at the speed of Dunkin’,” said Tony Weisman, chief marketing officer for Dunkin’ US, in a statement. “We believe the rich and smooth taste of our new handcrafted espresso creates a powerful new choice for America’s growing community of espresso drinkers.”

Sip a Coke, play some golf

Sports entertainment venue Topgolf announced it recently added The Coca-Cola Co. as an official beverage partner. Topgolf guests now can enjoy more than a dozen Coca-Cola products in all of its 46 United States venues, as well as at Topgolf Crush events and through special partnership activations, the company says. In addition to Coca-Cola, Topgolf will serve Coke Zero Sugar, Diet Coke, Sprite, Fanta Orange, Barq’s Root Beer, Minute Maid Light and, vitaminwater zero. Guests also will be able to order Gold Peak Tea, Dasani, smartwater, Topo Chico and Simply juices, it adds. “Few brands can put a smile on a person’s face like Coca-Cola beverages can. We’re proud those moments of happiness will now be created at Topgolf,” said Brian Radics, chief marketing officer at Topgolf, in a statement. 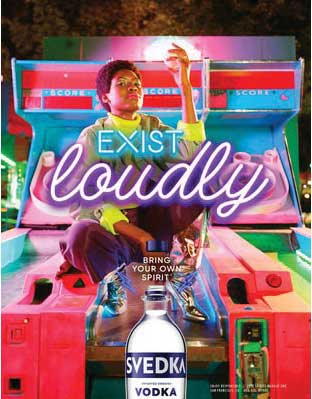 SVEDKA Vodka launched its first national brand campaign in more than five years titled Bring Your Own Spirit, which includes TV spots, creative digital marketing and social media content. The brand’s new message channels its original and energizing brand ethos through vibrant imagery, captivating content, and declarative language, the company says. “SVEDKA has stood out for years with its loyal fan base for its edgy and provocative point of view,” said Jim Sabia, chief marketing officer for Constellation Brands, in a statement. “We believe that the brand’s new Bring Your Own Spirit platform represents the consumer of today — one that is fearlessly original, has a distinct point of view, and makes no apologies for who they are or what they do. This campaign showcases the dynamic energy and sense of place that connects the consumer intimately with the SVEDKA brand, creating a tangible sense of good times in the immediate future.” 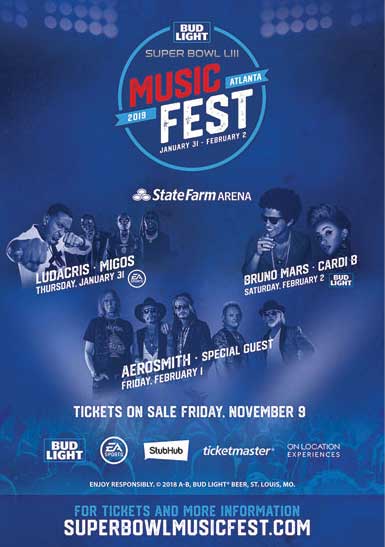 Ahead of Super Bowl weekend, Bud Light announced it is hosting the first-ever Bud Light Super Bowl Music Fest from Jan. 31 to Feb. 2 at Atlanta’s State Farm Arena. The three-night festival will give football fans and the city of Atlanta an opportunity to enjoy the artists they love and pay homage to the city’s history of iconic artists, the company says. Artists include Bruno Mars, Cardi B, Ludacris, Migos and Aerosmith.