Tecate launched a new summer drinking campaign that offers consumers a change to win a VIP grilling experience with Weber Grills. White Claw was the official sponsor of The Kentucky Derby, where it handed out branded goodies. Bulleit Frontier Whiskey hosted after parties for the 18th annual Tribeca Film Festival.

Tecate is welcoming summer with a new drinking campaign for when the “food first” beer drinking occasions brings consumers together, the company says. The brand is offering consumers a chance to win a VIP grilling experience with Weber at the Grilling Together Fests in San Antonio, Phoenix and Los Angeles. It also is launching new on-premise marketing strategies that provides retailers with a sales and profit opportunity from shoppers looking to stock up on Tecate to accompany traditional carne asada or other barbeque recipes, it says. The multi-channel promotion, tailored to grocery, convenience and liquor, is designed to drive sales through trial, maximize brand awareness, recruit new consumers and engage shoppers.

For the first time ever, White Claw Hard Seltzer became the first hard seltzer brand to partner with the Kentucky Derby, which took place May 4. To celebrate its first year at the Kentucky Derby, White Claw created custom White Claw-branded scarves and pocket squares that were handed out to fans onsite, the company says. Attendees also were able to document and interact with the brand through the White Claw custom Snapchat filter. “White Claw is thrilled with the opportunity to be part of such a historic event and support the ‘most exciting two minutes in sports’ through this year’s Kentucky Derby partnership,” said Sanjiv Gajiwala, senior vice president of marketing for White Claw Seltzer Works, in a statement. 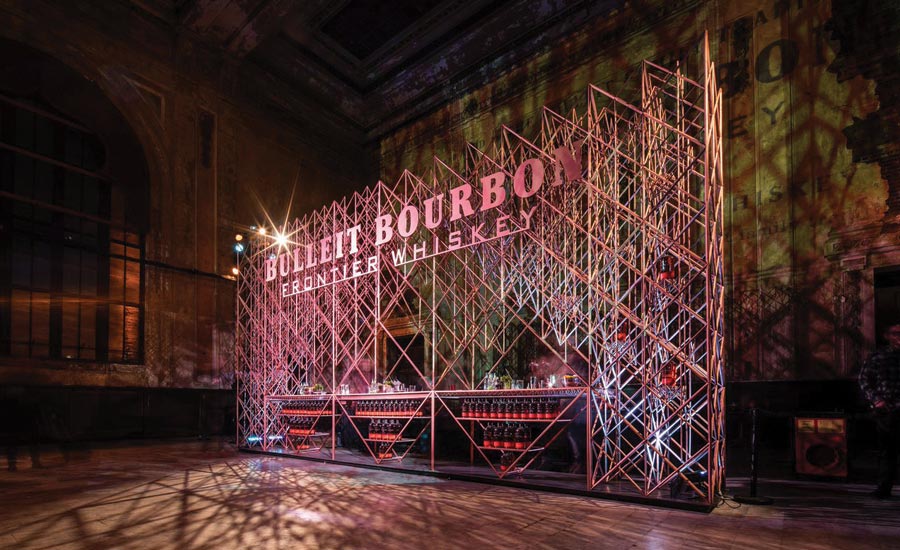 At the 18th annual Tribeca Film Festival, Bulleit Frontier Whiskey hosted media and influencers for a night of celebration and groundbreaking 3-D technology, the company says. The space featured a 3-D printed bar and 3-D printed cocktails, giving attendees a glimpse into the tech and taste innovation that is part of the Tribeca Film Festival culture, it adds. Bulliet showcased projections of the short films that were debuting at the festival as well as hosted after parties for film watchers.

The J.M. Smucker Co., manufacturer of packaged coffee brands like Folgers and Dunkin’ Donuts, launched its first-ever Company Spotlight program, a new form of communication where the company’s leadership team can share updates on its work as well as their perspectives on important initiatives, the company says. By visiting jmsmucker.com, consumers will be able to hear insight from employees such as the president, chief executive officer, chief financial officer and managers from different divisions.

(Image courtesy of The PepsiCo Foundation)

PepsiCo’s philanthropic arm, The PepsiCo Foundation, partnered with Minges Bottling Group and announced two grants that will support charities based in New Bern, N.C., the birthplace of Pepsi-Cola. The foundation will give $25,000 in donations to both the Food Bank of Central & Eastern North Carolina’s Stop Summer Hunger Program and the Craven County Disaster Recovery Alliance to help support the communities affected by recent storms. The announcement builds on PepsiCo’s support of Hurricane Florence relief efforts, which included a $1 million donation from the foundation.