Stella Artois is collaborating with Olivia Culpo to share inspiration for how to shine as a host this season. Known for hosting standout affairs, Stella Artois tapped the fashion icon and foodie to share her tips for making any holiday gathering one to remember. Kicking off the collaboration, the brand co-hosted an event with Culpo on Nov. 17 in New York City. The event brought to life personal touches from Culpo and Stella Artois that are essential to holiday hosting and provided the perfect backdrop for sharing new ways to elevate holiday entertaining, the company says.

In an effort to promote responsible decision-making during the holidays, Heineken announced its Drink OR Drive campaign. Through Jan. 3, the beer brand is using the Evite digital invitation platform to encourage legal-drinking-age consumers to decide early whether they will be drinking or driving at holiday events. “The Drink OR Drive campaign aims to influence more responsible decision-making. This isn’t about discouraging drinking — it’s about rewarding people who are making responsible decisions early on about whether they will be drinking or driving during festivities,” said Stephanie Johnston, director of corporate social responsibility at Heineken USA, in a statement. “That’s why Heineken is offering Uber discount codes as a reward to consumers who make either choice. As long as you pick either drinking or driving — never both — you deserve to be rewarded.” 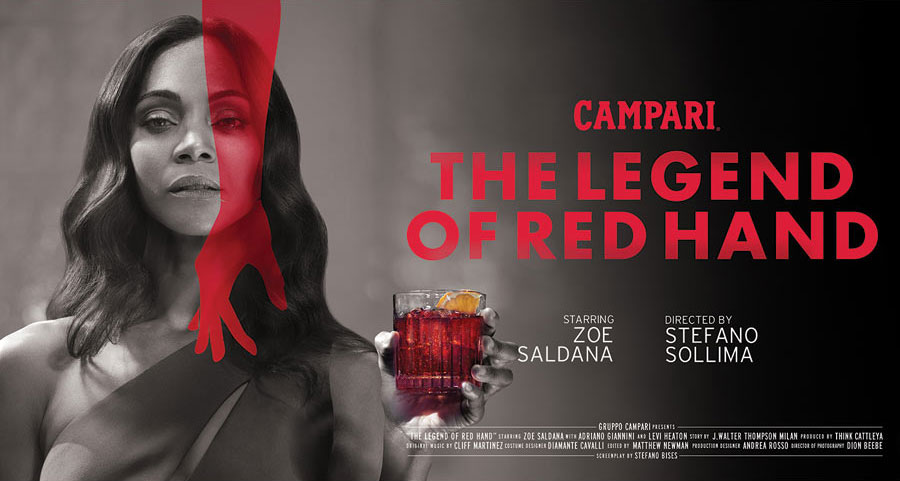 Campari announced the return of Campari Red Diaries with the 2018 release of “The Legend of the Red Hand.”

Campari announced the return of Campari Red Diaries, a series of short films. The 2018 release, “The Legend of the Red Hand,” stars Zoe Saldana and Adriano Giannini and is directed by Stefano Sollima. It is a mystery that tells the story of Mia Parc and her search for the perfect cocktail, which brings her to Milan, the birthplace of Campari. “The Legend of the Red Hand” will launch globally in 2018. “This year, our Campari Red Diaries campaign takes a new and interesting turn; we are demonstrating Campari’s ambition for creating the perfect cocktail whilst continuing the celebration of talent in the art of bartending around the world,” said Bob Kunze-Concewitz, chief executive officer of Gruppo Campari, in a statement. 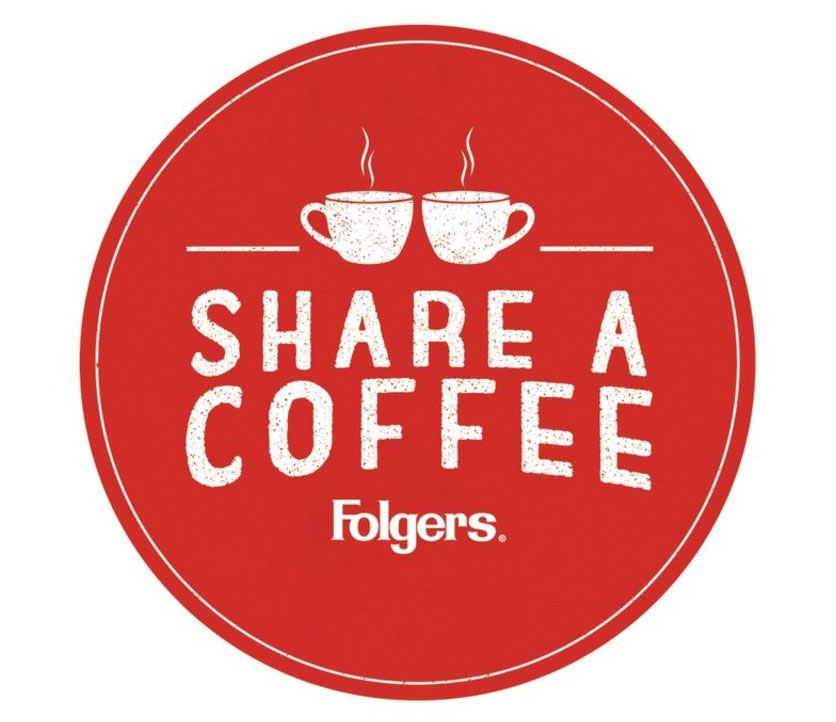 Folgers partnered with StoryCorps to encourage families to connect over a cup of coffee.

Folgers partnered with StoryCorps, a nonprofit organization dedicated to capturing the nation’s stories, to encourage families to share memories and connect over a cup of coffee. To help families connect, Folgers sponsored the StoryCorps 2017 Great Thanksgiving Listen, which focused on giving Americans the opportunity to record a conversation with a grandparent, teacher, mentor or loved one for the holidays. Through Dec. 1, consumers were invited to share who they wanted to reconnect with on the campaign’s website for a chance to win an in-person reunion. “As one of our sponsors of this year’s Great Thanksgiving Listen, the Folgers brand is an ideal partner because storytelling and coffee are so often a part of our holiday traditions when we gather with loved ones around the kitchen table,” said Emily Janssen, a storytelling expert at StoryCorps, in a statement.

The joy of giving 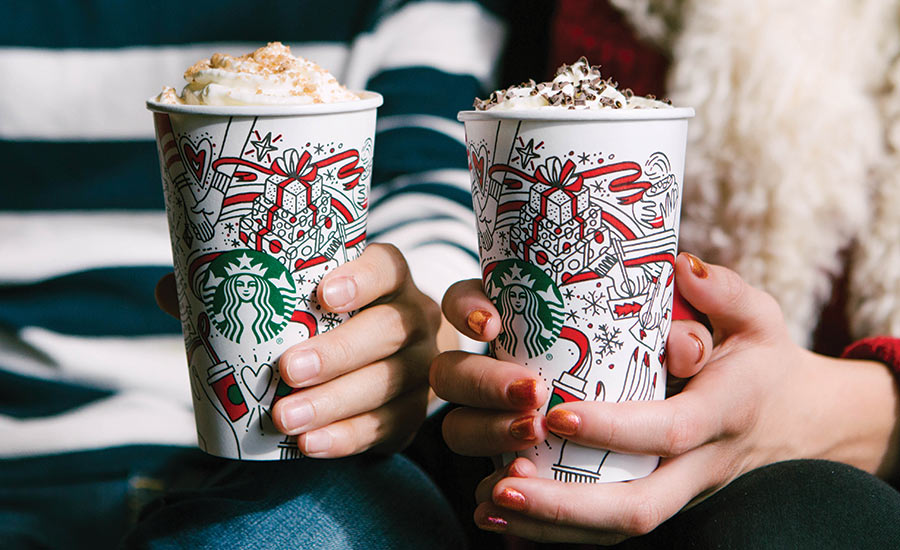 Starbucks kicked off the holidays with its Share Event and a Facebook Live broadcast with the theme “Give Good.”

Starbucks kicked off the holiday season with its holiday beverage Share Event and an interactive Facebook Live broadcast inspired by this year’s holiday theme “Give Good.” On Nov. 9, the company hosted the Share Good, Give Good Facebook Live mural event at the New York City 29th and Park store, where a group of artists created a mural inspired by the spirit of giving, starting with the art from the Starbucks holiday cup and including ideas submitted by consumers on Facebook using the hashtag #GiveGood. The holiday beverage Share event started the same day, and through Nov. 13, Starbucks consumers received a free holiday beverage to share when they purchased one. The Give Good campaign will continue into the new year, encouraging goodness throughout the holiday season, the company says. 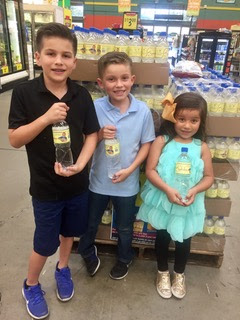 With each sale of a bottle of Sababa the company is donating a meal to help feed children in need.

With each sale of a bottle of Sababa, a philanthropic brand of specialty alkaline water, the company is donating a meal to help feed children in need. The water can be purchased throughout California in Food4Less, FoodsCo, Albertsons, Vons and Pavilions stores. The brand and its consumers are helping food-insecure and malnourished children within their own backyards, the company says. “We have seen an immense outpouring of support everywhere we’ve launched, which is how we’ve managed to provide over 150,000 meals to kids in the U.S. so far,” Co-founder Jonathan Stone said in a statement. 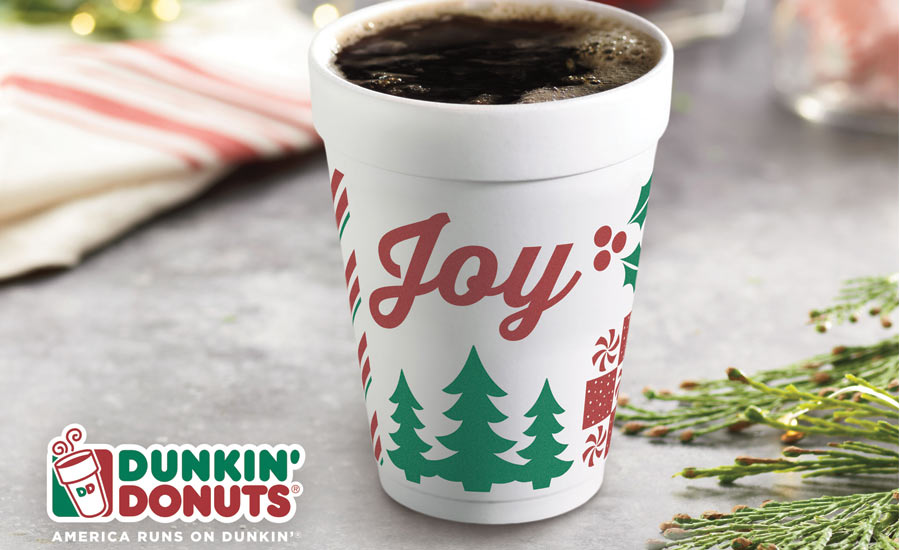 For the holiday season, Dunkin’ Donuts brought back its limited-edition Peppermint Mocha and Brown Sugar Cinnamon coffee flavors to keep consumers energized throughout the bustle of the season. Peppermint Mocha combines cool peppermint flavor with rich chocolate, while Brown Sugar Cinnamon brings together sugar and cinnamon. Both flavors are available in hot or cold lattes, macchiatos and Frozen Dunkin’ Coffee through the end of the year, the company says. Along with the seasonal coffee flavors, the company is continuing another tradition: packaging its coffees in limited-edition “Joy” cups to convey the happiness and spirit of the season. This year’s design incorporates seasonal graphic icons like snowflakes, peppermints, holly leaves and holiday trees to stir up the warm, nostalgic feelings associated with this special time of year, it says. 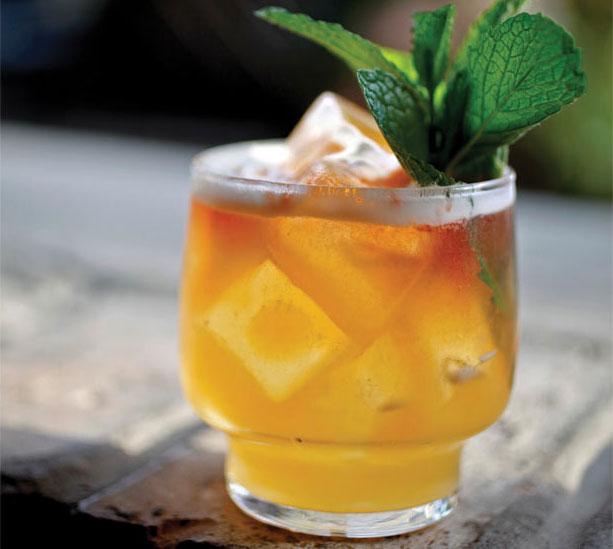 Chicago’s The Walk-In won Yelp’s Cocktail of Chicago Competition in October with its cocktail “The Get Down.”

Competition is part of the beverage business, and many bars across the country host events to engage consumers by inviting them to vote for their favorite bar, bartender or cocktail. In October, 15 of Chicago’s top cocktail bars competed in Yelp’s Cocktail of Chicago Competition. The Walk-In, located in Chicago’s Logan Square neighborhood, walked out on a high note, taking home first place with its cocktail “The Get Down.” The drink, created by The Walk-In’s General Manager and Beverage Director Phillip Smith, features fresh pineapple, lime juice, Plantation Pineapple rum, and Drambuie topped with Angostura bitters and garnished with fresh mint. The winning drink will be featured as “The Cocktail of Chicago” on the menus of all of the bars that competed in the event, the company says.