Beverage brands leverage the beverage for the holidays and beyond

With the holidays soon to be upon us, several beverage brands are releasing new products like an Advent Calender with 24 single-serve wines, or Ripples, an innovative device that enables brands to boost on-premise sales by enabling brands such as Guinness to write messages on foam-based drinks.

Running on Dunkin’ just got easier, as the brand has made its on-the-go mobile order the quickest and easiest way to order coffee, lattes and more. Previously available only to DD Perks Rewards Program members paying with an enrolled Dunkin’ gift card, now all guests can use Dunkin’s new Guest Order feature through the redesigned Dunkin’ App to place an On-The-Go Mobile Order and pick it up by either walking in-store or going through the drive-thru. In addition, DD Perks members can earn points for every eligible purchase no matter whether they pay using cash, credit, debit or a Dunkin’ gift card, the company says. 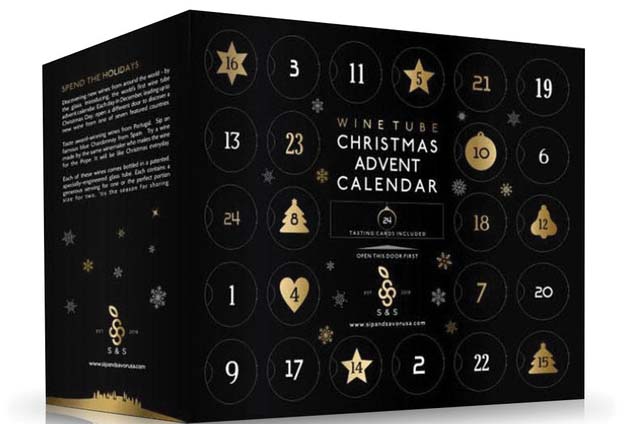 With the holidays soon to be upon us, Drinjk Wines Co-founders Brett and Alexa Bayda announced the addition of a Wine Advent Calendar to their collection. Designed to make the countdown to Christmas merrier, each Advent Calendar comes with 24 different single-serve wines in Drinjk’s brand new designer bottle, the company says. Drinjk Wines are packaged in slim, glass bottles that are just a little larger than the standard glass of wine at a 6.3-ounce serving. The company has partnered with a variety of small- to medium-size wineries from around the globe to source its wine, the company says. Each calendar comes with 24 individual glasses of wine: 14 red wines, eight white wines, one rosé and one blue wine, it adds. The Wine Advent Calendar retails for $99.

For the fourth consecutive year, Sparkling Ice teamed up with the nonprofit Honor Flight Network to honor America’s veterans. As a result of the brand’s annual fundraising programs, Sparkling Ice helped transport heroes from their hometown of Seattle to Washington, D.C., on Oct. 12 to visit their respective war memorials. In addition, the zero sugar, zero calorie sparkling water brand released new limited-edition case wraps specially designed to promote Honor Flight and created a patriotic in-store retail program. Since 2016, Sparkling Ice has raised more than $216,000 for the Honor Flight Network with the goal of securing an additional $130,000 through ongoing initiatives, the company says. 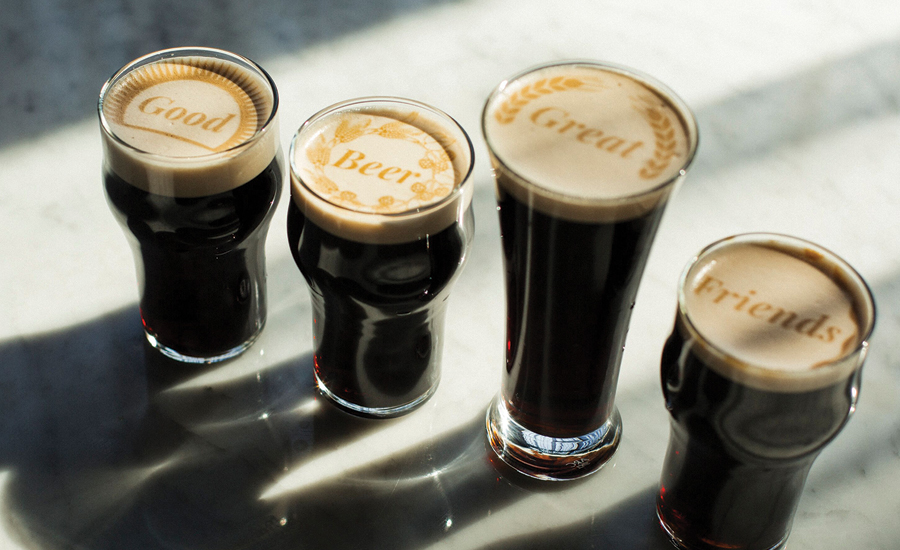 To reach new customers and support on-trade sales strategies, beverage brands such as Guinness, Cupcake Vineyards and Moët Chandon are using Ripples, a device that can print any messaging image or text onto foam-based drinks in seconds, the company says. The innovative messages also are helping boost on-premise sales. For instance, Guinness discovered that 20 percent of customers are trying its beers for the first time when the medium is deployed. Venues serving Ripples also saw increases in consumer generated social content, valued at $30,000 a month, it adds. To amplify brand sponsorships and activations, Cupcake Vineyards generated more than 150 million traditional media impressions, serving “Frozies” (personalized cocktails) at the 2019 Coachella Valley Music and Arts Festival in Indio, Calif.

Flor de Caña, a sustainably produced premium rum from Nicaragua, has been chosen as the Official Rum Partner of the New England Patriots, six-time Super Bowl Champions. Through the multi-year partnership, the thousands of Patriots fans that visit Gillette Stadium every home game will be able to enjoy an eco-friendly rum that is produced 100 percent with renewable energy, naturally aged without sugar and that annually plants 50,000 trees. All season long, the Fair-Trade Certified Flor de Caña will offer fans a series of unique consumer experiences, special giveaways and a cocktail to celebrate a Patriot’s touchdown, the Flor Ginger. The recipe contains one-and-a-half parts of Flor de Caña 12 Year Rum, three parts Ginger Ale, and is served in a highball glass decorated with an orange peel. 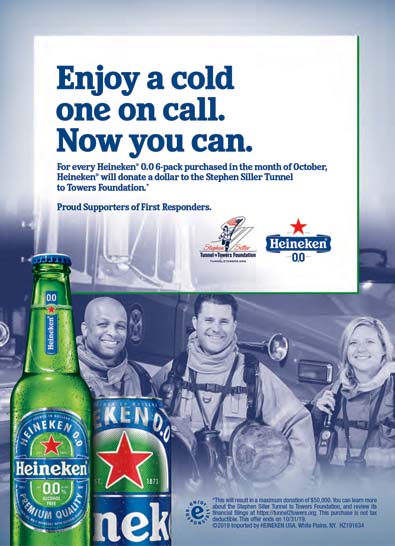 To mark First Responders Day on Oct. 28, Heineken donated $1 for every Heineken 0.0 six-pack purchased at retail, or a $1 for every bottle or can purchased in on-premise accounts during the month of October. The donation, up to $50,000, will benefit the Stephen Siller Tunnel to Towers Foundation that honors the sacrifice of Stephen Siller who laid down his life to save others on Sept. 11, 2001, and honors military and first responders, the company says. “Regardless of the nature of the call, first responders never know what they’re heading into until they get there,” said Meredith Kiss, brand manager for Heineken USA, in a statement. On Sept. 29, the non-alcohol Heineken 0.0 lager also supported the Tunnel to Towers 5K Run & Walk NYC, which symbolizes Siller’s final footsteps to the Twin Towers site and pays homage to the New York City Fire Department firefighters, law enforcement officers and civilians who lost their lives on Sept. 11, 2001.

Put a cherry on top 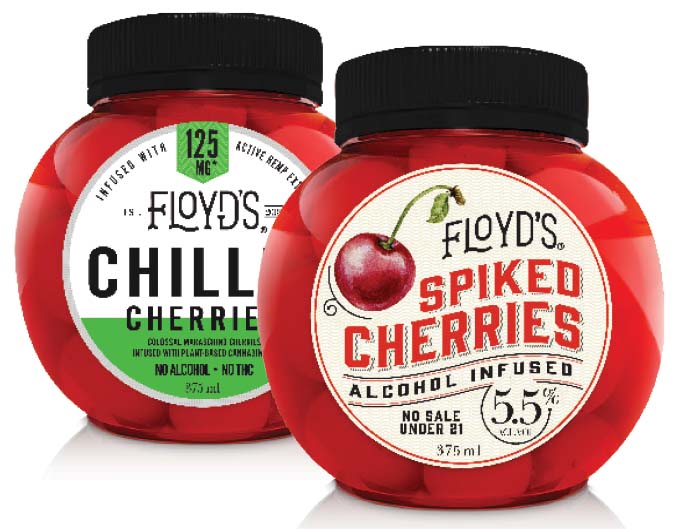