CORE Nutrition, purveyors of CORE Hydration premium pH balanced bottled water and CORE Organic, announced the roll out of a new national multimedia campaign featuring multi-platinum singer/songwriter, Demi Lovato. The 2018 Finding Balance campaign depicts how a balanced body performs better while inspiring fans of the pH balanced water to find balance in an unbalanced world. The Finding Balance with Demi Lovato campaign features an in-depth look at how Lovato balances all aspects of life, as she shares updates in four cheeky videos about building her empire, staying in shape and finding time for love with her fans on social media. From selling out arenas to crushing a training session, CORE’s new campaign highlights how Lovato is “sorry not sorry” for trying to juggle it all. “CORE and I have always shared a common point of view: be true to your core,” Lovato said in a statement. “In addition to keeping me hydrated so I can perform at my best, CORE encourages people to stay true to who they are by finding balance in everything they do.” 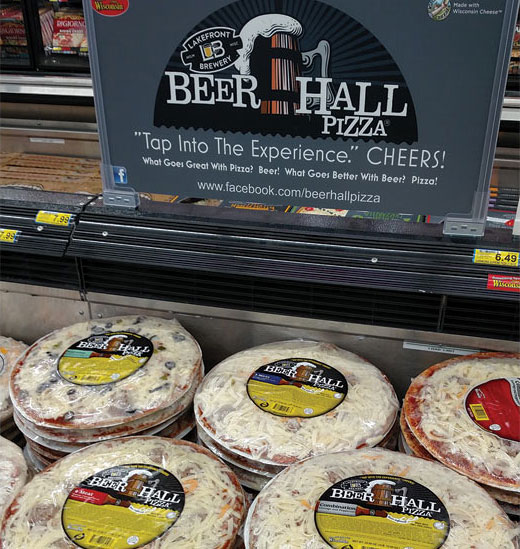 Consumers typically enjoy a cold beer and pizza together, but two Wisconsin-based companies are taking that pairing to a new level. Beer Hall Pizza and Lakefront Brewery invite consumers to “tap into the experience” and enjoy a first-of-its-kind frozen pizza with a craft beer-infused crust. The new product is being sold in grocery stores, convenience stores, taverns and hospitality locations throughout Wisconsin and parts of Minnesota, the companies said. “Beer Hall Pizza brings together two products that naturally go together and that everyone loves,” said Alan Lee, founder and president of OvenWorks Pizza, in a statement. “Pizza and beer are one of the most popular food and beverage combinations and now our customers can enjoy both at once.” 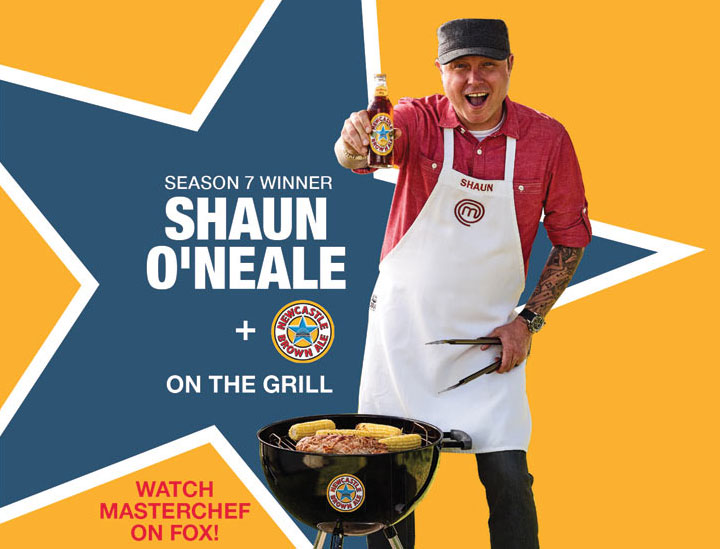 Just in time for summer, Newcastle Brown Ale released a series of grilling recipes in partnership with MasterChef Season 7 champion, Shaun O’Neale, who won the Fox TV cooking completion. Teaming up with his favorite beer, O’Neale created 10 signature grilling recipes that incorporate Newcastle Brown Ale, including dishes like smoked brisket and oyster Rockefeller, to bread pudding and ice cream, the company says. Each recipe complements the full-bodied flavor and slightly sweet caramel finish that Newcastle is known for, it adds. The company says the recipes were created with the home chef in mind to offer a mix of simple, out-of-the-box recipes. “We are so excited to partner with MasterChef winner, Shaun O’Neale, to help put Newcastle Brown Ale front and center as we kick off the summer grilling season,” said Amy Tay, brand director, Five Points Trading Co., in a statement. “Shaun has been amazing to work with and his recipes offer creative new ways to enjoy the great taste of Newcastle Brown Ale, whether served cold in a pint glass or hot off the grill.” 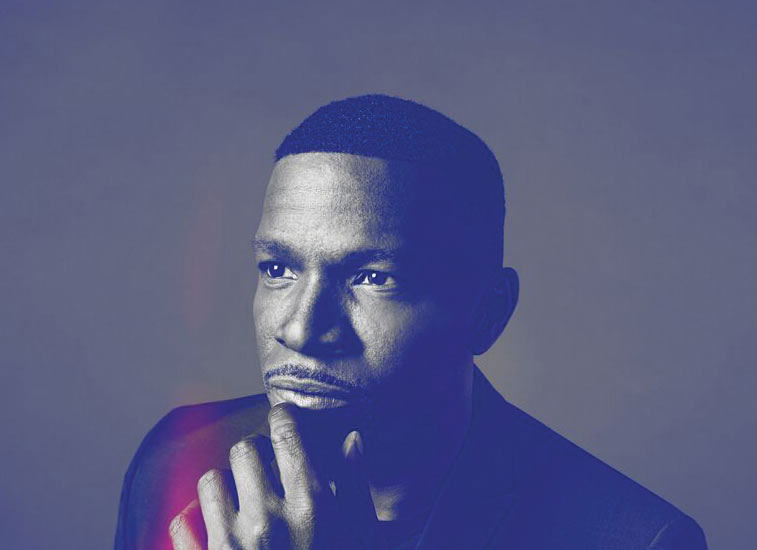 Grey Goose Vodka and Academy awarding-winning actor Jamie Foxx have teamed up to launch “Off Script,” an eight-part digital series. The series follows Foxx as he goes “off script” to have one-on-one conversations with A-list talent, including Jeremey Renner, Vince Vaughn, Denzel Washington, Chadwick Boseman and more, the company says. In each episode, Foxx and his guests will have a free-flowing and spontaneous conversation about their lives and the iconic films that have shaped their careers, it adds. “I’m so excited to be joining the amazing ‘Off Script’ production team. I can’t wait to dive into interesting conversations about film with some of my most respected peers in the entertainment industry,” Foxx said. “What I love most about this series is that viewers are going to walk away feeling inspired by the personal stories from our guests and the movies that influenced them.” 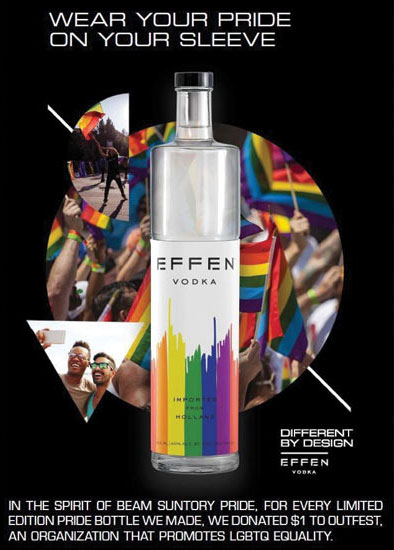 EFFEN Vodka launched a new campaign: Different by Design. This campaign is aimed at celebrating self-expression and diversity, the company says. (Image courtesy of EFFEN Vodka)

EFFEN Vodka launched a new campaign: Different by Design. This campaign is aimed at celebrating self-expression and diversity, the company says. The launch correlates with EFFEN Vodka’s own unique distillation and filtration process, distinct bottle design and continued commitment to fostering a more expressive and inclusive tomorrow, it adds. As part of the campaign, the brand is supporting LGBTQ equality with the release of a limited-edition Pride bottle. For every Pride bottle made, Beam Suntory is donating $1 to Outfest, an organization that promotes LGBTQ equality by creating, sharing and protecting LGBTQ stories on the screen, the company says. The campaign will be further reinforced through future flavor innovations, as well as integrated marketing efforts including print, social, digital, public relations and creative collaborations throughout 2018, it adds. 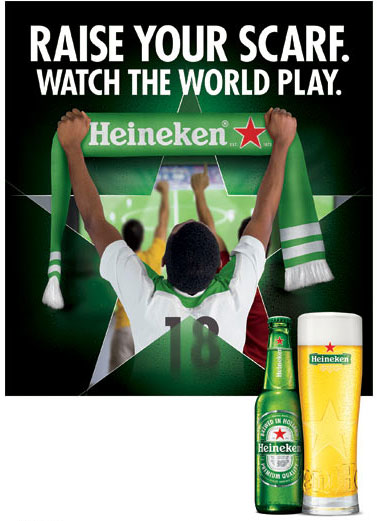 Heineken, as the official beer sponsor of Major League Soccer (MLS), debuted its program, “Raise Your Scarf.” The program is designed to maximize retailer sales and profit, the company says. (Image courtesy of Heineken)

Heineken, as the official beer sponsor of Major League Soccer (MLS), debuted a new campaign, Raise Your Scarf. The campaign is designed to maximize retailer sales and profit, the company says. “This summer program reinforces the connection between Heineken and soccer,” said Rob Ryder, Heineken brand manager, in a statement. “There’s no shortage of teams to cheer on and no better way than by waving a country scarf while enjoying a cold Heineken.” The program will run until August and is complete with POS items. Shoppers who buy any two 12-packs off-premise can text a key word to receive a link to scan their receipt, the company says. With that, consumers receive a limited-edition Heineken, country-customized soccer scarf, it adds.

Detoxwater announced its initiative to expand its presence in the world of entertainment and sports through various high-profile partnerships with top TV programs, award shows and music festivals, the company says. The aloe-infused water brand has made appearances on TV shows including “Dancing with the Stars,” RuPaul’s Drag Race and Nickelodeon Kid’s Choice Sports Awards. “Working with talent that is aligned with Detoxwater’s mission of providing clean nutrition and healing hydration is extremely important to us…,” said Kenneth Park, founder of Detoxwater, in a statement. “And what better fit than these music festivals, awards shows, a physically strenuous competition series like Drag Race and a season of ‘Dancing with the Stars’ with professional athletes?”

A coke in the car

Rideshare company, Cargo and The Coca-Cola Co. have joined forces to offer beverages to passengers in Cargo-equipped rideshare cars. Atlanta-based rideshare drivers can earn additional income by offering Coca-Cola products like smartwater to passengers. “Cargo offers an innovation solution to helping Coca-Cola deliver refreshment to consumers in their moment of need in space that was previously hard to reach at scale,” said John Carroll, Coca-Cola’s vice president and general manager of eCommerce.