Samuel Adams has been named the “official beer of the Boston Red Sox.” Samuel Adams and the Red Sox entered into a multi-year partnership, bringing together two beloved Boston icons, the companies say. In 1984, Samuel Adams Founder Jim Koch hit the streets of Boston, going door-to-door to introduce bartenders to his new beer, Samuel Adams Boston Lager. “I moved to Boston the year of the ‘Impossible Dream Season.’ Now, visitors to this historic ballpark will enjoy the freshest Sam Adams beer while watching an incredible team playing under our sign over in right field. It’s my personal impossible dream come true,” said Koch, founder and master brewer of Samuel Adams, in a statement. “We got our start right here in Boston, and for the past three decades, we’ve worked our butts off to stay independent and brew great beer. As the official beer of the Red Sox, we get to celebrate our New England roots with millions of other fans as soon as the season kicks off.” 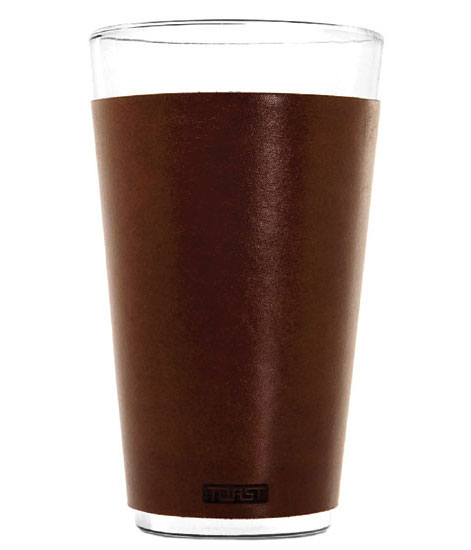 Consumers can spruce up beer or mixed drinks with Toast’s new leather pint glass cuffs that are hand-crafted from real leather and available in 10 colors. Designed to fit tapered 14- and 16-ounce pint glasses, the cuffs easily twist on and off any standard pint glass and can withstand glass sweat while keeping beverages insulated, the company says. Customization options also can be etched on the cuff, including initial monograms, photos and emojis. 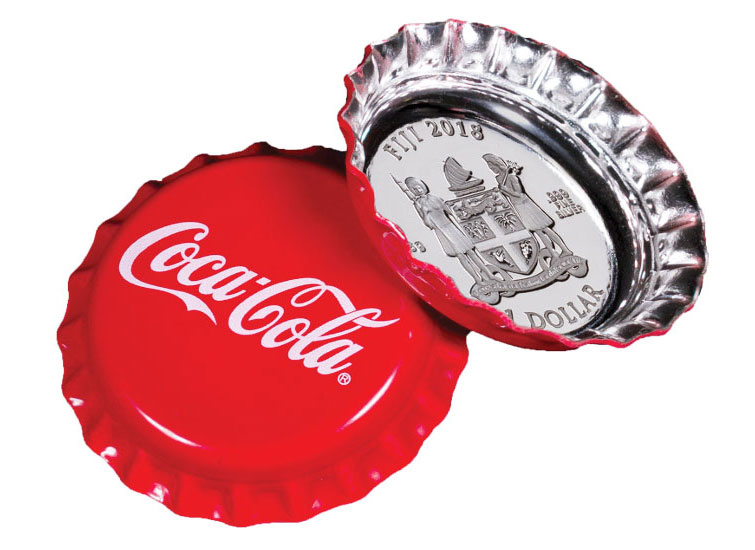 GovMint.com and ModernCoinMart, in cooperation with S&A Partners — The Official Coca-Cola Licensee for Collectible Coins — teamed up with The Coca-Cola Co.’s Coca-Cola brand to bring collector-edition, legal-tender silver dollars that look like Coca-Cola bottle caps. Struck in 6 grams of 99.9 percent pure silver, the $1 silver coins are officially licensed by Coca-Cola and are legal-tender dollars, making them both a meaningful and long-lasting collectible item, the companies say. At first glance, the coins look like large Coca-Cola bottle caps: the white logo shining on a field of red. But flip them over, and collectors will find the coin’s weight, purity, 2018 date and $1 Fiji legal-tender value. State-of-the-art minting technology and colorization techniques were used to replicate the shape and appearance of Coca-Cola bottle caps, the companies explain.

Helping consumers make cocktails at home, Campari America and Stirred Inc. launched a new digital platform and community that inspires easier cocktail decisions, higher cocktail confidence and broader cocktail horizons, the companies say. Launched in January, Stirred.com, which was designed for mobile devices, helps cocktail novices and experts discover new cocktails that can be made from an at-home bar and kitchen cupboard. It can save favorite recipes, mark others to try and teach the best techniques to make a great cocktail, they say. The platform also can make suggestions depending on the ingredients on-hand, they note.

Sappy for the planet 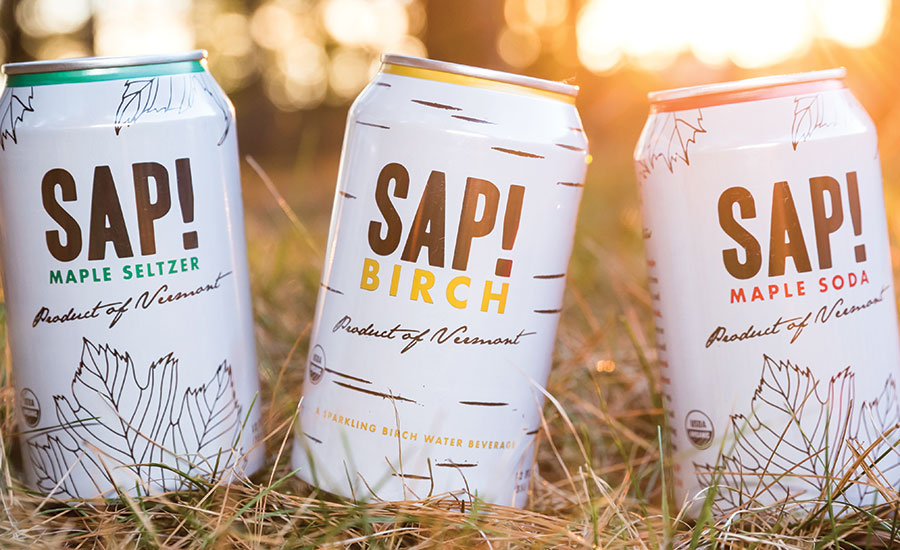 Sap! announced it’s now working with 1% For The Planet.

Sap! announced that it now is working with 1% For the Planet by donating 1 percent of its revenue to companies committed to regenerative agriculture. Nationally, Sap! will work with Kiss the Ground to spread the message; locally, it will partner with New Farms for New Americans to help ensure agricultural opportunities for all Vermonters, the company says. “Sap! is founded on a passion for the workable forest and protecting the environment,” Sap! Founder Nikita Salmon said in a statement. “The work being done by Kiss the Ground and New Farms for New Americans is perfectly in-line with our own philosophy and passion for ethical practices that work to protect and regenerate natural resources.”

Entering its 10th season this month, the 5K obstacle course race Warrior Dash and Core Power entered into a multi-year agreement making Core Power the Official Protein Beverage of Warrior Dash. Warrior Dash participants nationwide will receive bottles of Core Power at the finish line of the race, and Core Power will add contests and activities to the Warrior Dash festival, the companies say. “As a leader in the obstacle racing industry, Warrior Dash really pushes these athletes, and they need nutritious recovery drinks after running through their 5K obstacle courses,” fairlife’s Anders Porter said in a statement. “We are thrilled that Core Power has been selected as the sports recovery drink for these Warriors, and we look forward to helping them refuel as they cross the finish line over the years ahead.”

Coors Light and former NHL player Jeremy Roenick are teaming up this season to invite NHL game-goers to a one-of-a-kind hockey experience at three marquee games. Those heading to Citi Field can stop by the Silver Bullet Bar, which was constructed using upcycled materials and features game-used hockey sticks, netting, skates, stadium Plexiglass and pucks from all 31 teams. Roenick will be there serving Silver Bullets before fans enter the stadium, and consumers can test their hockey skills at the Coors Light slap shot, using crushed cans as pucks. The Silver Bullet Bar made its debut at the Bridgestone NHL Winter Classic on New Year’s Day, appeared at the Honda NHL All-Star Game on Jan. 28, and will be at the Coors Light NHL Stadium Series on March 3. 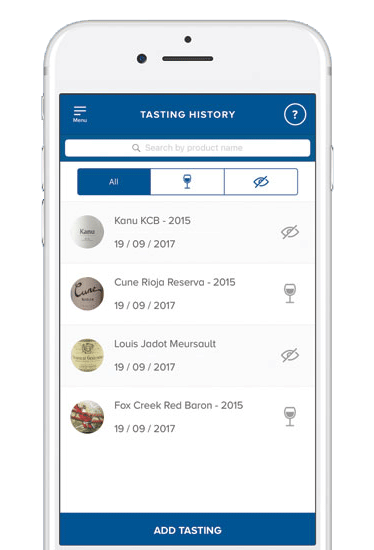 The Wine & Spirits Education Trust (WSET) introduced the WSET Tasting Notes app. The free app, available through iTunes and Google Play, is built on the trademark WSET Level 2 Systematic Approach to Tasting Wine. The app allows wine drinkers to make detailed and consistent notes when tasting wines, storing all of their notes for easy access on their devices. When adding a note, users can choose between knowing what they are tasting or tasting blind, and can add a photo of the wine label for easy recognition. The app includes a database of more than 300 wine-producing countries and regions, more than 100 pre-populated grape varietals, a lexicon of commonly used aroma and flavor descriptors, professional tips, and an easy-to-use interface.