Classic Hollywood cinema actress Bette Davis is known to have said, “Growing old isn’t for sissies.” However, consumer packaged goods (CPG) manufacturers are formulating with a host of functional ingredients that are designed to make the aging process less strenuous.

Kishan Vasani, co-founder and chief executive officer (CEO) of Spoonshot, Minneapolis, reports that consumer interest in cognitive health is forecast to increase 12 percent in 2021. Additionally, interest in energy support has a projected increase of 35 percent this year.

“One of the main drivers for this growth can be linked to the consumer desire for healthy aging, which involves developing and maintaining functional ability for well-being in older age,” he says. “Interest in healthy aging is predicted to grow by 30 percent in the coming year, and continues to be driven by issues linked to longer life expectancy, such as growing healthcare costs, limited access to healthcare, having to work longer/retire later.”

“They are using technology to gain information on monitoring their health, measure fitness and diets,” she says. “With that said, there is a growing number of consumers’ navigating the demanding information age with the help of nootropics for boosting energy and cognitive health.”

Although consumers are showing a greater interest in healthy aging and associated segments such as cognitive and energy support, suppliers note that today’s environment is putting a strain on those aspects.

“Consumers are challenged with handling work-life balance causing distraction and lack of focus and increases stress,” says Samantha Ford, director of business development for AIDP Inc., City of Industry, Calif. “The stay-at-home measures are adding more stress to daily life which can be addressed with some cognitive support products.” 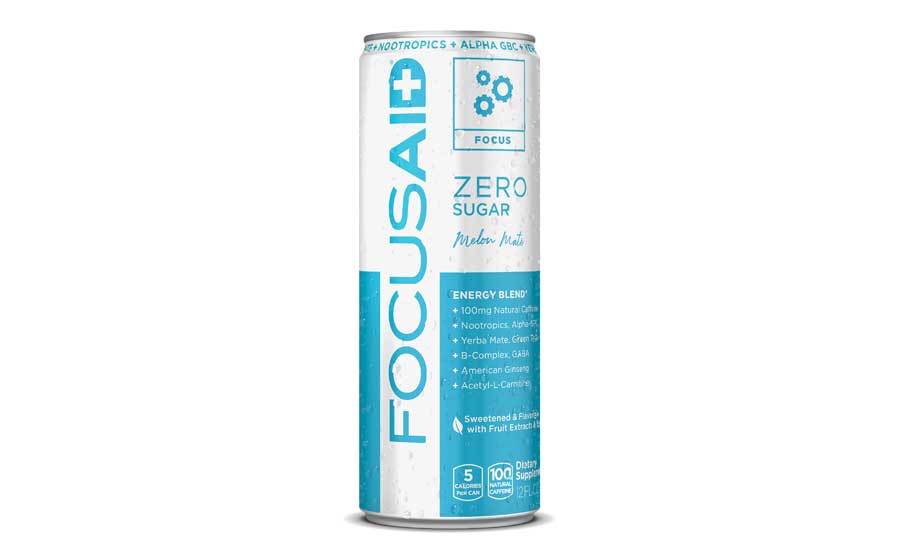 Although consumer interest in cognitive and energy support is without question, the need states among consumer demographics is not universal.

“Today, most cognitive health ingredients and consumer products are aimed at two ends of the age spectrum — prenatal/childhood for healthy development and seniors for anti-aging,” says Steve Fink, vice president of marketing for PLT Health Solutions, Morristown, N.J. “These are of course important areas for cognitive health and are the subject of intense activity. At PLT Health Solutions, recently we have been focusing on what we consider to be an underserved demographic — the 18-54 age range. Within this group, we see intense interest in issues such as ‘peak performance’, ‘well-being’ and ‘quality of life.’”

Noting the size of this demographic, Fink highlights the opportunity that formulators can realize.

“Peak performers including knowledge workers and students make up 40 percent of the U.S. population and is growing,” he says. “Stress affects 75 million people in this group and the effect of stress on other aspects of cognitive function is significant. Similarly, the impact of cognitive performance on other aspects of life is becoming better understood by this demographic — as evidenced by the introduction of ingredients to improve mental performance in exercise via sports nutrition products and as a means of easier weight management.”

“[T]here is increased awareness of maintaining a longer lifetime of cognitive strength,” she says. “Finally, we see a diversification in the age demographics for these products. Younger individuals are taking control of their overall health and turning to a variety of stress support options. In addition, the increase in gaming has new focus for cognitive products, especially among a younger demographic.”

As the need for cognitive and energy support spans across demographics, suppliers note that beverages are serving as a vital delivery system.

“There’s a new wave of applications for cognitive ingredients that seek to provide these benefits to help consumers become better at almost anything they do,” PLT Health’s Fink says. “These expanded use occasions of cognitive support ingredients have the potential to broaden awareness and interest in cognitive support — as these use occasions occur in large markets such as weight management and sports nutrition.

“In sports/active nutrition, formulations are using cognitive ingredients to improve focus and reaction times to improve workouts and overall performance,” he continues. “In weight management, cognitive support ingredients are helping to reduce cravings and make dieting less stressful. In the knowledge worker space, people are turning to cognitive support ingredients to be sharper and learn better. Beverages are an important delivery system in both market segments.”

The zümXR line of ingredients was introduced in 2017. “All zümXR ingredients feature state-of-the-art delivery system technology drawn from the pharmaceutical industry that represents a significant step forward from conventional caffeine coating technologies,” Fink says. “This technology will allow food, beverage and supplement formulators to design custom energy profiles into their products, delivering predictable performance for the consumer. The flexibility of this technology allows targeted release caffeine solutions to be used in a broad array of applications, including beverage, supplements, stick packs, powders, gummies, bars and gels.”

Although energy and sports nutrition drinks commonly are associated with energy and cognitive support, suppliers note that more beverage categories are entering this market.

In support of these innovations, AIDP offers Magtein, a magnesium L-Threonate, and BacoMind, a standardized phytochemical composition that contains a full-spectrum extract with nine different bio-actives.

Additionally, BacoMind features extract from the Bacopa monnieri plant and has received generally recognized as safe (GRAS) status, she adds.

“BacoMind is clinically tested to support learning and memory in adults and children and has strong scientific support for brain and cognitive health,” Ford says. “BacoMind has been shown to improve memory acquisition and retention in the elderly, as well as improved verbal memory. Clinical studies with children age six to 12 years also showed a reduction in restlessness and improved self-control and attention.” 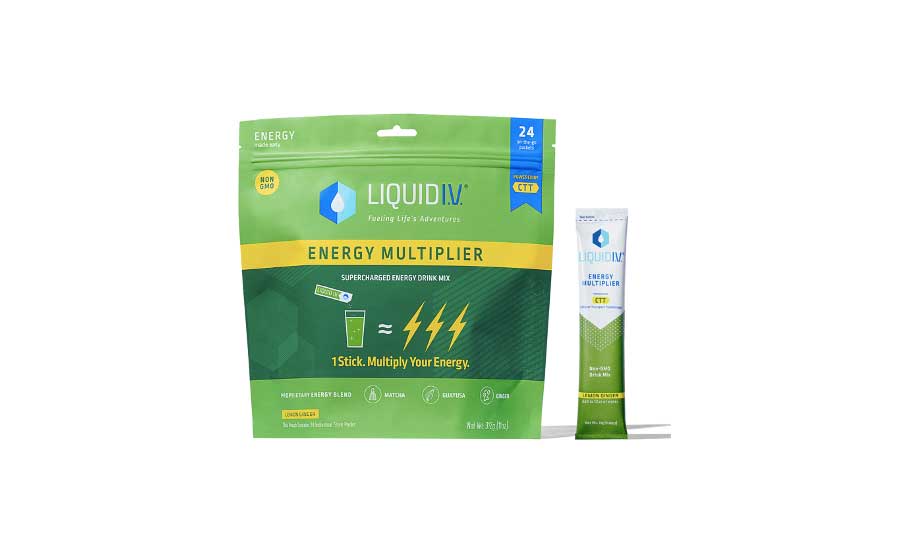 Like many vanguard innovations, the use of ingredients found in nature is gaining attention within the energy and cognitive support markets.

“Natural ingredients and additives are no longer just a nice-to-have feature for food and drink products, but necessary, given growing demand from consumers for ‘clean’ foods,” Spoonshot’s Vasani says. “Spoonshot data shows that interest in clean eating has grown by 32 percent since 2018, and is projected to grow by 6 percent in the coming year. This has seen beverage companies look to incorporate natural ingredients that consumers are familiar with and recognize as offering these functional benefits, but also are considered ‘clean’ and natural.”

Among some the solutions that fit this bill, Vasani highlights curcumin, hops flower extract, guayusa and ashwagandha.

“Ashwagandha, also known as Indian ginseng, has some of the most promising results in clinical research when it comes to its functional properties, including energy boosting and reducing everyday stress,” he says. “This ingredient is becoming quite mainstream in the US, with interest in it growing by 188 percent since 2016, according to Spoonshot data. It has been incorporated in food and drink products, including baked goods, teas, energy drinks and dietary supplements.”

“Beverage-makers focus on drinks with a ‘health halo’ by focusing on energy waters that have ingredients that are more naturally derived, with easy to understand ingredients,” she says. “According to Mintel, 34 percent of U.S. energy drink consumers are looking for energy from natural sources of caffeine, but based on what we see with our own business as well this outlook appears to be changing toward the acceptance of functional ingredients with strong antioxidant properties such as L-Theanine, pyrroloquinoline quinone (PQQ), and ergothioneine.

Samuel explains that carbohydrates, proteins, caffeine and omega-3 fatty acids have historically been popular solutions for energy and cognitive support. But consumers also are more willing to look outside these traditional ingredients.

“More recently, ‘adaptogens’ have gained popular interest for their potential promise to help the body adjust to stress and bring about physiological balance and are a great element to add to functional beverages. For example, Blue California’s L-TeaActive L-theanine based on the science to date, may help with attention and the ability to stay on task, especially under high-stress conditions,” she says, citing a 2020 systematic review titled “The Effects of Green Tea Amino Acid L-Theanine Consumption on the Ability to Manage Stress and Anxiety Levels. “L-TeaActive is produced using a proprietary non-GMO enzyme-assisted process and is water-soluble with no taste, color or odor, making it perfect for functional beverages.”

Although some ingredients do not produce an undesirable odor or taste, various functional ingredients will produce offnotes. As such, suppliers highlight the importance of formulating with support tools to help beverages maintain their function and taste.

“It is important to also keep in mind the brand positioning and additional consumer desires in your finished product,” she continues. “For example, consumers are continually seeking non-artificial or clean-label ingredients, so leveraging non-artificial sweeteners, like stevia extract, monk fruit extract and allulose can help add sweet taste and mouthfeel without adding sugars. These sweeteners can also be used as natural flavors, which can help modify flavor to reduce offnotes when fortifying your beverage.”

Blue California’s Samuel echoes similar sentiments: “Many energy-boosting ingredients, such as caffeine, for example, also bring bitterness. Therefore, bitter-blocker technologies such as the one provided by SweeGen, a sweet taste solutions company and affiliate of Blue California, can provide a considerable tasteadvantage by blocking the bitter taste of caffeine or similar ingredients.  Additionally, many functional ingredients don’t dissolve easily into functional beverages, so it is vital to consider solubility when formulating a functional beverage.”

With consumers eager to address cognitive and energy support within beverages, experts note that more innovation awaits these segments.

“Cognitive health is quite a niche category currently and so will continue to grow as new ingredients are explored,” Spoonshot’s Vasani says. “Energy is a well-established segment and has scope for growth in terms of offering degrees of energy boost needed. For example, low-, medium- or high-energy boost, which in turn means the energy ingredient quantities can be adjusted as required. In fact, this offers companies the option of having a range of products positioned for different use cases.”