Figuratively speaking, any upstart company will feel the challenges of trying to bring its enterprise to scale. On a larger and more varied scale, up-and-coming beverage market segments have seen a similar ebb-and-flow performance as consumers show their willingness to diversify their beverage spending. The craft beer market has experienced a comparable trend as the segment still continues to post dollar sale growth, albeit at a smaller scale than in years prior.

“The current craft market is in a period of maturation and growing pains driven by a number of key factors,” says Nathan Greene, consultant for New York-based Beverage Marketing Corporation (BMC).

Many different factors have contributed to craft beer’s recent performance.

“The extended period of explosive growth has made for difficult comparable growth rates to match, leading to a general industry view of a craft market slowdown,” Greene details. “Local breweries remain king, and the industry’s focus on innovation and seeking variety/new experiences has led to a constant rotation of up-and-coming breweries (combined with openings continuing at a high pace), creating a risk of becoming viewed as dated or ‘has been’ following a meteoric rise. The innovative nature of Hazy IPAs led to many breweries attempting to replicate this and other trends, rather than forging a new path.

Patrick Livingston, principal of client insights for Chicago-based Information Resources Inc. (IRI), notes that the total beer category, in total U.S. multi-outlets plus convenience stores, saw dollar sales increase 3.8 percent during the 52-week period ending Sept. 8. By comparison, craft was up only 2.8 percent and lost a 0.1 percent of dollar share.

“In the most current 13-week period ending Sept. 8, the overall beer category accelerated significantly, growing 7.1 percent in dollars, while craft did not accelerate and remains at 2.8 percent growth and lost 0.5 dollar share,” Livingston explains. “[Flavored malt beverages] (FMBs) were the driver of overall category growth, having accelerated dramatically over these key summer months growing 49.7 percent in dollars and gaining 3.5 dollar share to capture 12.4 percent share of the beer category.”

Some of this middling performance has taken shape as national craft beer brands have seen deceleration — or even contraction — of volume performance.

“With some notable exceptions (Founders, Dogfish Head, Firestone Walker), the vast majority of large established breweries have struggled (often seeing double-digit volume declines) in 2019, which is a continuation of performance trends since at least early 2017,” BMC’s Greene says. “Many have lost relevance in consumers’ share of stomach due to the continuing trend of local breweries and seeking variety (of both suppliers and styles/products).”

As noted earlier, not all sub-segments of craft beer have experienced a stagnation. Regional players remain a positive factor on the craft beer market, experts note.

“Local craft brewers represent the majority of growth for current market, much of this volume coming through on-site distribution, which may be leading to an understated view on the current growth rate of craft as these volumes are difficult to capture,” BMC’s Greene says. “Taprooms have continued to drive consumer behavior shifts, replacing traditional on-premise visits at times and expanding total on-premise opportunities in others.”

According to data released from the Boulder, Colo.-based Brewers Association, 7,480 craft breweries are active in the United States as of June 30. This is up from 6,464 active craft breweries during a comparable timeframe for 2018.

“Overall demand for beers from small and independent brewers continues to increase, but at levels that make it difficult for all breweries to grow simultaneously,” stated Bart Watson, economist for the Brewers Association, in an August press release. “This is a sign of a maturing market that will likely continue in the coming years.”

The same press release noted that production volume for the craft beer segment increased 4 percent during the first half of 2019.

“Growth continues to follow a similar pattern we have seen in the past few years, with steady rates in the low-to-mid single digits,” Watson stated. “The majority of growth continues to come from microbreweries, taprooms and brewpubs, whereas the distribution landscape remains more challenging for regional craft brewers.”

“As these brewers scale, they seek distribution avenues which allow them to maintain the same level of brand control found with direct distribution, leading to the exploration of avenues such as eCommerce, peer co-op distribution, mobile releases, and small, boutique craft-centric distributors,” he says. “This is in response to the struggles many of their earlier peers have experienced being added to a large portfolio at a major distributor of national brands.”

Despite the growing pains of securing distribution contracts, many regional players have still found upstart success. In March, the Brewers Association released its list of the 50 Fastest Growing U.S. Craft Brewers of 2018.

“Representing 27 states across the U.S., these small and independent breweries experienced a median growth of 163 percent with the median size being 1,350 barrels of in-house production in 2018,” the release stated. “Breweries on the list range from 50 barrels to more than 40,000, and grew from less than 70,000 barrels collectively in 2017 to more than 170,000 barrels in 2018. As a group, these brewing companies represent approximately 10 percent of total craft growth by volume for the year, and include 13 brewpubs, 35 microbreweries and two regional craft breweries.”

Although regional craft brewers are exhibiting growth for the segment, players also are exploring products that delve into the beyond beer market. 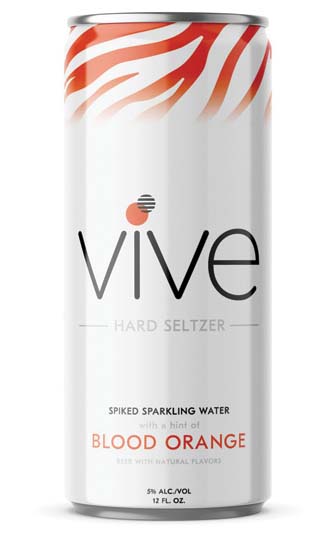 In an August Market Research Blog titled “Craft Beer: Adapting to Survive?”, Anna Ward of Euromonitor International, noted that the Brewers Association altered its definition of a craft brewer to remove traditional, so that brewers which produce the majority of its volume in non-beer categories still can be designated as craft.

“In the U.S., particularly, brewers are branching out into other products such as alcoholic sparkling water, mead and kombucha,” Ward wrote. “Slowing U.S. craft beer growth is a driving factor behind diversification efforts. While this definitional shift could be seen as simply reflecting a changing beer landscape, the timing is notable. Boston Beer Co., the second-largest U.S. craft brewer by volume according to the Brewers Association, has been witnessing a decline in its beer volumes but continues to grow outside beer.”

In the case of The Boston Beer Co., its beyond beer portfolio includes brands such as Angry Orchard Hard Cider, Twisted Tea, Truly Hard Seltzer and its recent launch of Wild Leaf Hard Tea.

As part of his statements for the Boston-based company’s second quarter 2019 results, Jim Koch, founder and chairman for The Boston Beer Co., highlighted the contributions from its various beyond beer brands.

“Truly continues to grow beyond our expectations,” he stated. “We are launching Truly draft nationally this quarter while we continue to expand distribution across all channels. In addition, we are launching a new, high-profile ad campaign for Truly featuring noted comedian Keegan-Michael Key as we believe we can further improve our position as a leader in hard seltzer by building a meaningful and relevant brand. Twisted Tea continues to generate consistent double-digit volume growth.”

Analysts also have pinpointed the effects emerging segments such as hard seltzer, hard coffees and hard sodas are having on the craft beer market.

“These products, which BMC has begun to classify as adult alternative beverages (a category of inclusive single serve wine and spirits products, along with cannabis beverages), have absolutely impacted craft as consumers not necessarily seeking a craft product, just a product which serves a desire for flavor/variety, may potentially choose them over craft,” Greene explains. “Therefore, it seems likely they pose the greatest risk to large craft brewers whose products are often consumed by these types of consumers.

“However, it does also form an opportunity for craft brewers, who have the advantage over major industry players due to their ability to innovate and launch new products much quicker, to enter these new categories and attract a new set of consumers,” he continues.

Yet, if craft beer purveyors are looking to expand to the beyond beer market, hard seltzers might be the avenue to take. IRI’s Livingston reports that the sub-segment now is a $1 billion-plus market based on the 52-week data ending Sept. 8 in IRI-tracked channels. Even though this is about a quarter of the size of the $4.3 billion craft beer market, hard seltzers increased in value by $736 million, or 236 percent growth, for the 52-week timeframe.

As beyond beer and other beverage alcohol markets post strong performances, Livingston expects that craft beer will have to navigate this evolving landscape.

“We foresee a continued challenging landscape for the craft beer segment, due to increased interest and purchasing of hard seltzers, spirits and premixed cocktails, increased competition and saturation of market/shelf space, as well as shifting consumer lifestyle preferences in terms of health-and-wellness trends and drinking occasions,” he says. BI