Whether its dairy milks, ready-to-drink (RTD) hot and iced coffees, meal replacement drinks or protein powders, vanilla is one of the most universally accepted flavor profiles around the world. In fact, vanilla is so well-known that its very name means “common.” In addition to conjuring up feelings of nostalgia, vanilla tastes decidedly different depending on the region from which the ingredient is sourced, helping to distinguish it from “plain” vanilla.

According to Julie Colvin, consumer insights and market research analyst at Takasago International Corp., Rockleigh, N.J., beverages are starting to declare the regional origin or provenance of vanilla in the product, a trend being driven by consumer interest in premium products and global experiences. “The flavor profiles of vanilla from different regions, such as Madagascar, are familiar enough to be accessible to consumers, but have a bit of differentiation and a global feel that distinguishes them from ‘plain’ ‘vanilla,” Colvin explains. “Corresponding to this trend, Takasago has developed a variety of VIVID Vanilla flavors with different regional profiles e.g., Madagascar, Mexican, Tahitian, etc., to give consumers new taste experiences of regional vanilla profiles.”

Although considered a “safe choice,” vanilla is a pantry staple and a versatile ingredient that can stand alone or add a nuanced, layered dimension to other flavors. It also gives consumers the ability to step outside of their comfort zones to try a new product, while still incorporating a familiar taste, says Meghan Sutton, marketing manager at Philadelphia-based Tastepoint by IFF.

The ingredient company is seeing vanilla paired with more exploratory flavor profiles, as well as with other familiar flavors. “Some of the trending flavors we’re seeing coupled with vanilla in new beverage launches include maple, cherry/black cherry, honey, lavender and cardamom,” Sutton says. “Botanicals and spices serve as a great complement to vanilla flavor characteristics by adding complexity that today’s more adventurous palates are seeking. Indulgent flavors are also a natural fit for vanilla pairings, providing an extra layer of comfort and familiarity.

“In addition to vanilla flavor pairings, we’re also seeing more culinary descriptors utilized in vanilla flavored beverage products such as caramelized, barrel-aged and toasted,” Sutton continues. “These notes elevate the vanilla, while keeping the simplicity of one overall flavor.”

Today, about 80 percent of the world's natural vanilla comes from farms in Madagascar. Yet, harvesting the vanilla bean requires “one of the most sophisticated cultivation processes for any spice,” while also requiring an “artful hand to pollinate each individual flower in order to render vanilla pods for harvesting,” notes Philip Caputo, marketing and consumer insights manager for Brooklyn, N.Y.-based Virginia Dare.

“This means that formulators need the expertise of Virginia Dare when managing the challenge of migrating from imitation vanilla flavoring to pure vanilla extract,” Caputo says. “While the two product types share the distinctive vanillin chemical compound, imitation flavoring lacks the nuance, depth and complexity that comes from real vanilla’s hundreds of natural flavor compounds. Thus, formulators essentially move from having a handful of flavor levels at their disposal to having hundreds — a kind of choice that requires a knowledgeable guide.” Although consumer demand for natural vanilla is extraordinary, Caputo notes that the ingredient’s supply can be inconsistent and unreliable. “The growers we work with understand that delivering the Gold Standard in vanilla is a pursuit that draws equally on science and art, which allows us to be the premiere source for natural vanilla … as well as for premium vanilla extracts, concentrates and oleoresins made from sustainable raw materials. Our unrivaled market intelligence and premium extraction processes deliver a consistent, stable supply of vanilla.” 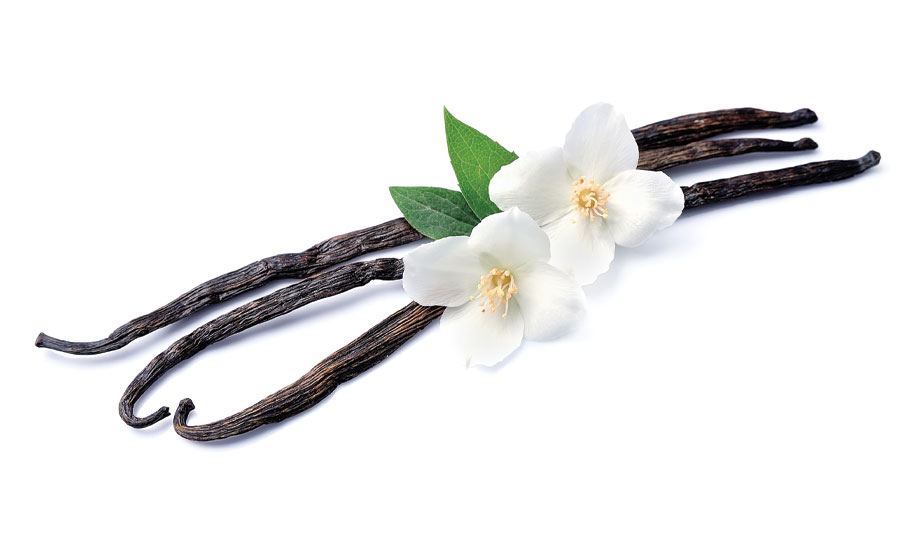 About 80 percent of the world's natural vanilla comes from farms in Madagascar, but due to supply challenges and the high cost of vanilla beans, many developers are shifting to more cost-stable and reliable natural vanilla flavor alternatives, Michael Crain says. (Image courtesy of Comax Flavors)

Sue Quach, lead beverage technologist at Synergy Flavors, Wauconda, Ill., points out that while the smooth, slightly sweet and creaminess of vanilla can mitigate some of the offnotes emanating from  nutritional, functional and protein-based beverages, global vanilla shortages mean an increase in cost, even when formulators are using clean-label vanilla extracts.

“Vanilla extract provides an iconic flavor with a clean label, making it a very popular choice for back-to-nature inspired products,” Quach says. Using vanilla with other natural flavors (WONF) can be challenging when it comes to clean labeling, but WONF can be more economical, she adds.

Experts note that vanilla favors are diverse, familiar, nostalgic and work across a broad range of beverages and processing conditions.

Takasago’s Marketing Manager Carolyn Chen points out that meal replacement beverages account for 43.4 percent of new vanilla flavored non-alcoholic beverage launches in the U.S. in the last two years; coffee drinks come in second for a little over 30 percent and plant-based beverages follow with almost 11 percent, she says, citing Mintel data. “Vanilla flavor accounts for 20 percent of plant-based beverage launches, second to unflavored/plain varieties at almost half of all launches,” she says.

In addition to smoothing out the bitterness often found in plant-based beverages and alternative dairy drinks, vanilla can play a lead role or add a complementary natural flavor in the background. “We have found that vanilla can be a nice background note with light fruit flavors, spices, and botanicals in herbal teas, and provide a touch of sweetness,” says Annmarie Marcantonio, director of flavor applications at Takasago.

“Vanilla has a wide reach; it can enhance smoky or burnt notes detected in coffee and tea beverages or it can be a subtle but unnoticed complementary flavor to a chocolate beverage,” she continues. “Vanilla flavors can also brighten high-proof liquors, providing delicate nuances in rum, whiskey, brandy, malt based, and vodka beverages.”

Although the white-as-snow vanilla flower may scream “plain,” flavorists suggest the ingredient is one of the best foundational flavors for a shake or any other beverage. Yet, Virginia Dare’s Caputo notes that vanilla supply chains are as complex as the flavor itself. “After all, vanilla is known to have roughly 300 compounds that contribute to its flavor. As these constituents never have the same ratio relative to one another,” he explains. “Knowing where to find growers who employ the best agricultural practices and who will harvest only mature vanilla beans is another challenge.”

Comax’s Senior Flavor Chemist Michael Crain agrees that crop and cost issues, weather-related events  and premature crop harvesting are among the factors contributing to the sourcing of natural vanilla.

“Because of these issues, vanilla bean prices have continued to rise over the last decade or so, worrying product formulators in both the food and beverage industries. This led many developers to shift to using more cost-stable and reliable natural vanilla flavor alternatives,” Crain says. “During these times, the use of vanilla extracts and beans declined — although recently, vanilla bean prices have begun to stabilize and lower in cost. Developers can also utilize natural vanilla flavors to offset cost and supply concerns.”