Military members get the ‘Royal’ treatment

Before the New Orleans Saints/Atlanta Falcons matchup in Week 9, NFL fans packed more than 750 Crown Royal Canadian Whisky purple bags with essentials, personal care items and handwritten notes for military members across the globe as part of the Crown Royal Purple Bag Project. As an effort to thank military members for their generosity and service, Crown Royal partners with the nonprofit, Packages From Home, to make the movement possible. Packages from home was started by an Army mom and has served more than 575,000 individual service members to-date. Crown Royal and Packages from Home aim to pack 1 million purple bags by the end of 2020. For more information, visit crownroyal.com/purple-bag-project/.

The Daily Beast enlisted Hendrick’s to host a Hot Gin Punch Tournament for professional bartenders. The contest challenged bartenders across the country to create their own bespoke Hendricks’s Hot Gin Punch recipe for a chance to win a trip to the new Gin Palace in Girvan Scotland, courtesy of Half Full. Hot gin punch authors and experts David Wondrich and Wayne Curtis judged entries on the Hot Gin Punch name, aesthetics, garnish and vessel, taste, storytellers’ entries and overall unusualness and creativity. The finalists will be flown to Alaska in February to determine the grand-prize winner. 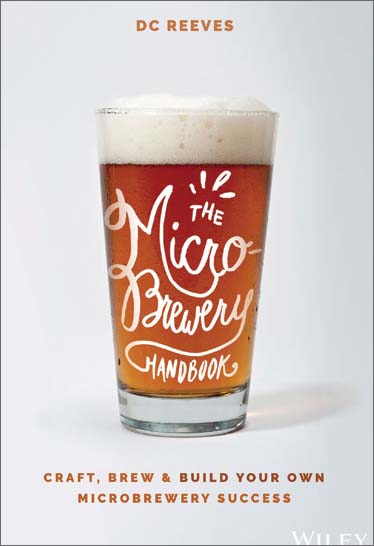 For anyone eager to kick-start the new year with a new endeavor, author and founder of Perfect Plain Brewing Co. in Pensacola, Fla., DC Reeves has released “The Microbrewery Handbook,” which is a new guide on what it takes to create and sustain a successful microbrewery. In the book, Reeves digs into the elements of creating, growing and sustaining a successful microbrewery in today’s saturated market. The book serves as a practical guide for brewers, from the basics of brewing to the financial and business side of opening a brewery. In addition, industry leaders and founders of some of the nation’s top craft breweries, such as Sam Calagione of Dogfish Head, Jeffrey Stuffings of Jester King, and Doug Resier of Burial Brewing, all weigh in on their craft.

The “sober curious” movement and zero-proof market boom — especially during “Dry January” — is a prime opportunity to stock up some of on the creative drink options out there for those imbibing on alcohol-free beverages this month. Dry January is can be anything but dry with choices like these:

Creative agency Fortnight Collective is putting a HempFusion vending machine in the “world’s busiest airport” to help relieve holiday travel stress by dispensing a complimentary CBD product. HempFusion, a premium CBD wellness company, distributes its stress-relieving products to more than 3,900 retailers across 47 states. Since November 2019, the HempFusion vending machine has been located in the Atrium just outside of Security at the Atlanta Hartsfield-Jackson International Airport to help relax adult travelers. Travelers complete a touchscreen questionnaire that asks questions such as whether they have an aisle or middle seat, or if their flight is on time or delayed, after which it dispenses a sample of HempFusion’s Stress product. Five travelers also will receive a travel upgrade in the form of a $1,000 gift card.