Busch launched a new ad campaign and limited-edition beer, Busch Latte. Bombay Sapphire unveiled a new collaborative art installation using robotics technology while inviting consumers to hashtag #FindYourCanvas initiative to inspire creativity. With the start of the fall football season, Pepsi announced its Always be Celebrating campaign in support of 100 years of the NFL. In addition, Pedialyte announced NFL wide receiver Odell Beckham Jr., is serving as an ambassador for the brand.

Pedialyte announced a new partnership with NFL star and Cleveland Browns wide receiver Odell Beckham Jr., where Beckham will serve as a creative director and ambassador for the brand, contributing to marketing, content and product development, the company says. “I learned about Pedialyte from my mom,” Beckham said in a statement. “Since then, I’ve been turning to it not just when I am training or playing, but also when I’m traveling, whenever I need it — because it works. Now, I’m excited to tell my fans all about it.” 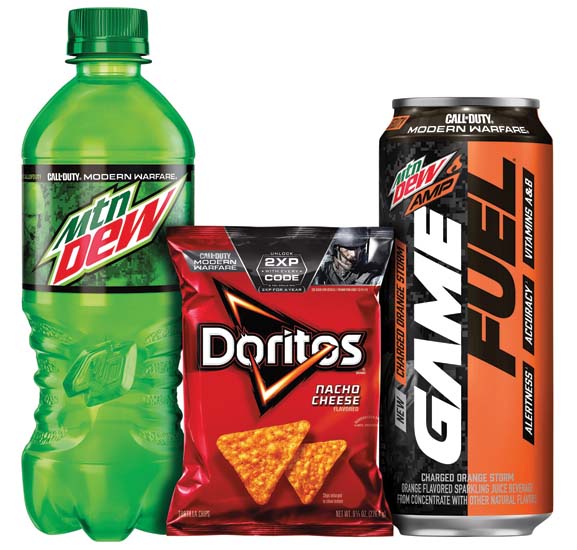 Bombay Sapphire unveiled a new one-of-a-kind collaborative art installation titled “Painted by Everyone,” which invites creatives across the country to contribute one singular masterpiece painted in real-time by state-of-the-art robotic technology, the company says. The social experiment is part of Bombay Sapphire’s larger hashtag #FindYourCanvas initiative that is on a mission to reawaken people’s inner creativity, inspired by the belief that creativity exists within everyone but often is lost over time, it adds. Participants were encourage to visit paintbyeveryone.com to select a color and position on the canvas and watch as their marks were made in real-time via a live feed. The painting was displayed at The Other Art Fair LA from Sept. 5-8, crediting each participant as an exhibiting artist.

In celebration of the 100th season of the NFL, Pepsi unveiled its latest marketing campaign titled Always be Celebrating. Complete with national TV ads set to the tune of DJ Casper’s “Cha Cha Slide,” the campaign also features charity donations, commemorative cans, team and player celebrations, and more. “The NFL has generated some incredible moments over the years, creating a celebratory spirit among its fans and players that is unrivaled, said Todd Kaplan, vice president of marketing at Pepsi, in a statement. “Whether it’s an energetic spike, a choreographed end zone dance, or a ‘shout out loud’ moment in your living room, football consistently brings out some of the most unapologetic celebrations — both on and off the field. The passion of its fans and players alike is what fuels the season and inspired our latest campaign. Celebrating 100 seasons of the NFL this season is the perfect time for Pepsi to partner with our league, team, and player partners to create and showcase even more of these moments for our fans.” 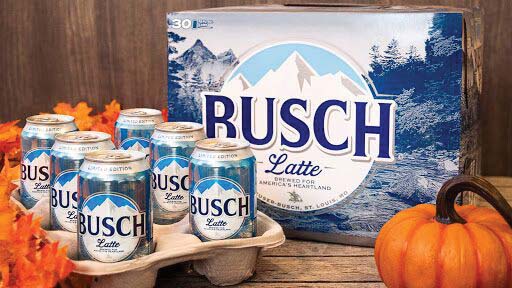 As a way to pay homage to the classic coffee ads from the ’80s and ’90s that depict happy families smelling warm morning brew with a catchy jingle in the background, Busch Light created its own catchy TV spot for the limited launch of Busch Latte. The video captures Busch Guy waking up to the crack of a Buschhhh (Latte), as he shares a beer and good times with two of his buddies, with an earworm of jingle in the background, the company says. Busch Latte, the beloved nickname for the brew, was released after years of buzz among fans on social media and a teaser stunt in 2018, it adds. Busch Latte features the same recipe as Busch Light, but with a twist on the packaging. The specially marked, limited-edition cans now are available in 30-packs across Missouri, Iowa, Minnesota, North Dakota, South Dakota, Nebraska and Kansas, while supplies last. In addition to the name change, Busch Latte cans also have a special shout out for the heartland states, with new text under the logo that reads “Brewed for America’s Heartland.”