When inquiring about the most popular trends in the beverage industry, the answer more than likely centers on clean-label ingredients and a focus on health and wellness. For many consumers, this translates to seeking out food and beverages with reduced sugar and carbohydrates.

According to Beloit, Wis.-based Kerry’s August 2018 white paper titled “Sensibly Sweet – Formulating for Clean Label Taste,” 71 percent of consumers read the sugar content on ingredient labels, resulting in sugar being one of the most important nutritional features that drives a purchase. 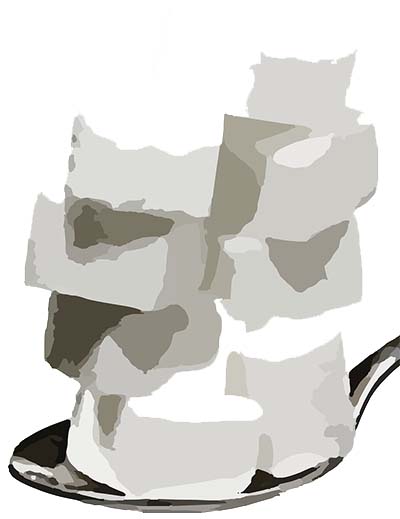 “With consumers increasingly looking to incorporate cleaner label products into their diet, the type and amount of sweetness in food and beverage products has gained prominence,” the white paper states. “… [O]ur research reveals that about half (46 percent) of consumers strongly want to reduce their consumption of sugar.

“The industry has taken notice of changing consumer expectations and sweetening agents are increasingly playing a lead role in product formulation,” it continues. “Over the last few years, sugar has become the most popular ingredient reduced or removed from food and beverages. Between 2000 and 2016, there was a 17 percent decline of daily consumption of sweetening agents (refined sugar, high-fructose corn syrup [HFCS] and other sweetening agents).”

Although consumers seek out products made with less sugar, the ideal formulation varies across categories and consumer preferences, the white paper notes. Some consumers want products formulated with less sugar but the same taste, while other seek products with both less sugar and less sweetness, it says.

Either way, developing a product to meet consumers’ sweetener desires can be a challenge and most of the time it requires a toolbox of sweeteners, says Jim Carr, director of global technology at Tate & Lyle, Hoffman Estates, Ill. “We are increasingly working with beverage manufacturers to develop solutions specifically targeted at delivering great taste while reducing calories and added sugars present on the nutrition facts panel,” he says.

Andy Ohmes, global director for high intensity sweeteners at Minneapolis-based Cargill, notes that although consumers’ growing aversion to added sugars is well documented, so is their uncompromising demand for their products to maintain the same great taste. “[B]rands must balance providing indulgence and great taste, while also providing foods and beverages with an improved nutritional profile,” he says. “We believe stevia and erythritol, often used in combination, are two of the best tolls currently available for sugar reduction, across food and beverage applications.

“Broader ‘clean-label’ trends are also transforming the industry,” he continues. “According to the International Food Information Council Foundation’s (IFIC) 2019 Food and Health Survey, nearly half of survey respondents perceive products made with familiar ingredients as healthier than those made with less recognizable ingredients.”

Oleg Bykorez, director of sweeteners at Hauppauge, N.Y.-based Rochem International, also highlights the clean-label trend and notes that the sweeteners market has moved into a new wave of organic ingredients. “We have seen waves in food and beverage move from sugar to high-fructose corn syrup [HFCS], from HFCS to high-intensity sweeteners [HIS], from HIS to polyols, and from polyols to this new wave of more ‘organic’ ingredients,” he says.

“[E]ach wave has indicated a health and flavor benefit compared with the one before, attractive large-scale economies for fast-moving consumer goods [FMCG] markets, steady availability of commercial supply, and ability to market to consumer perceptions of ‘clean label,’ ‘all natural,’ ‘low calorie,’ etc.,” Bykorez explains.

The new wave of consumers wanting healthier, more natural ingredients across food and beverage categories has opened up many opportunities for suppliers. “Health-and-wellness trends have created an exciting amount of opportunities for the sweetener market,” says Jonas Feliciano, strategic marketing manager of global sugar reduction at Westchester, Ill.-based Ingredion Inc. 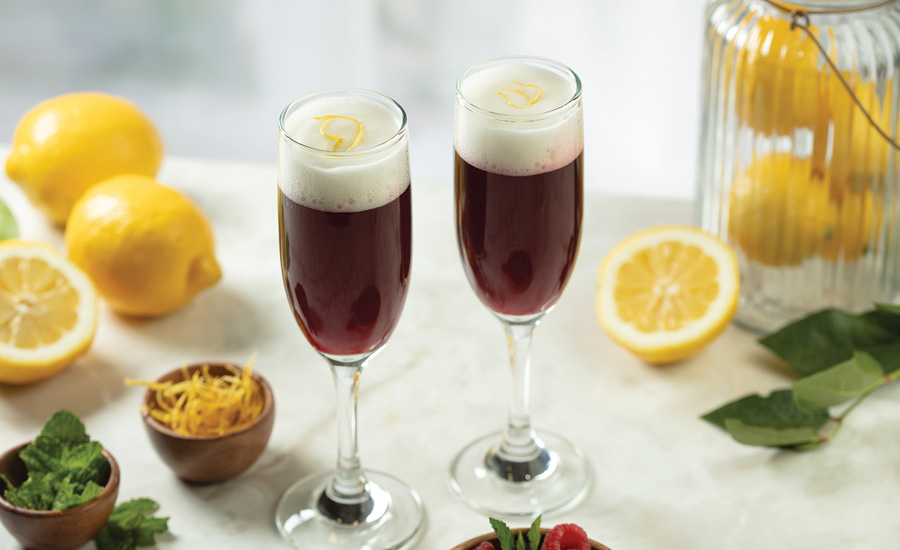 “While sugar reduction remains at the forefront, the pathways to sugar reduction have ushered in an age of innovation and discovery,” Feliciano says. “Demands for clean-label sweeteners have also opened the doors to plant-derived sweeteners, both in caloric and non-caloric varieties.

“The increased usage of plant-derived, high-intensity sweeteners has created pathways to clean-label, zero-sugar solutions for the beverage market,” he continues. “The increase in demand of new systems continues to make stevia more affordable, and systems like Ingredion’s ENLITEN Fusion stevia sweeteners and BESTEVIA Reb M stevia leaf sweetener have made stevia better tasting than before.”

Vince Cavallini, beverage, dairy and convenience foods application manager at Cargill, also highlights stevia as a healthier sweetening solution. “Stevia is very popular in many reduced-sugar beverages, and we’ve had great success in a wide range of beverage applications from chocolate milk and ready-to-drink sweet teas, to plant-based protein drinks and low-calorie carbonated beverages,” he says.

The company’s newest system, EverSweet, is a stevia-based sweetener based on two of the best-tasting components of the stevia leaf: Reb M and Reb D, Cargill’s Ohmes explains. “EverSweet provides sweetness without bitterness or a licorice aftertaste, delivering a more rounded taste profile with a fast onset of sweetness that can enable up to 100 percent sugar replacement.”

Alex Holste, commercial manager for stevia, monk fruit and erythritol at Chicago-based Archer Daniels Midland Co. (ADM), notes how stevia allows beverage-makers to be more flexible when formulating with the plant-based sweetener. “New products and understanding has given developers increasing flexibility when using stevia,” he says. “For example, ADM’s SweetRight Edge enables developers to replace more sugar than traditional stevia extracts, while mitigating the need for bitterness masking that was previously associated with stevia.”

Although stevia is quite popular, monk fruit sales are beginning to overtake stevia, according to Thom King, president and chief executive officer of Icon Foods, Portland, Ore. “While processing and purification have come a long way, stevia may have a little bit of a reputation for being bitter,” he says. “Stevia is the superior of the two, but there still is a stigma; monk fruit, in some cases, can be used alone in a very lightly sweetened beverage such as dry soda or Zevia.”

King notes the popularity of allulose, as it has been able to thread the needle in taste and mouthfeel. “Formulators will find allulose easy-to-use to replace sugar since it functions as a saccharide in every way,” he says.

Other ingredient companies also are formulating with allulose. For instance, Tate & Lyle offers DOLCIA PRIMA, an allulose sweetener that helps developers reduce high levels of sugar while maintaining taste, the company says. “DOLCIA PRIMA Allulose is a rare sugar that is found in nature in very small quantities,” Tate & Lyle’s Carr explains. “It is 70 percent as sweet as sucrose and has the same temporal profile. Because it is a sugar, allulose delivers many of the functional benefits of sucrose, such as texture and mouthfeel.”

As previously mentioned, erythritol is another common ingredient being added to sweetening solutions. “Erythritol, as a calorie-free sweetener, is an excellent option to help round out the sweetness character in beverages,” says Wade Schmelzer, principal food scientist at Cargill. “In addition to its flavor-modifying attributes, erythritol is a bulk sweetener, so it also helps enhance the body and mouthfeel of reduced-sugar beverages.”

Furthermore, ADM’s Holste details that erythritol works well when paired with other sweeteners such as stevia and sucralose because it closely can match a traditional sugar-sweetened taste. These kinds of blends enable formulations to remain free from sugar while also significantly reducing calories, he says.

Although much research and development on healthier, more natural sweetening systems has been done, experts note that natural sweeteners still will reign. Consumers still have a strong preference for naturally derived sweetening agents such as honey, sugar and maple syrup, according to Kerry’s white paper.

The mixed results could pose a both a challenge and an opportunity for suppliers as they strive to meet consumers’ desires for reduced-sugar products that also delight their taste buds, the white paper states.

Going forward, solutions developed with the health-and-wellness trend in mind will continue to drive the formulation of sweeteners for the beverage market, experts note. “The key forces driving consumer demand for reduced-sugar options show no sign of abating,” Cargill’s Ohmes says. “At the same time, we can’t lose sight of the importance of taste. Consumers want reduced-sugar beverages made with familiar ingredients — but not at the expense of great taste. Taste is, and will remain, the single biggest driver of purchase intent.”

Fortunately, formulators have more tools available today than ever before to meet consumers’ demands, Ohmes adds.

Ingredion’s Feliciano also affirms the positive future of the sweeteners market. “There has never been a more exciting time for sweeteners, particularly in the beverage market,” he says. “As the beverage industry continues to explore new products and formulations, sweetener experts are similarly exploring new pathways to creating ingredient solutions that will allow manufacturers to delight and nourish their consumers.”

In the future, the market also will begin to see more rare sugars, Icon Food’s King says. “Rare sugars like allulose are just the beginning,” he says. “We will see rarer sugars appear in the ingredient marketplace as well as many different enzymatically created steviol glycosides.” BI