Hint Water partnered with Susan G. Koman Breast Cancer Foundation to donate money. The Rock partnered with VOSS Water as well as became a strategic partner in the company.

Dwayne Johnson and VOSS Water introduced VOSS’ newest consumer-facing advertising and social media campaign: Live Every Drop. Live Every Drop shows a behind the scenes glimpse of Johnson’s daily intent to defy limits, exemplifying the mentality that you get out of life what you put in, a sentiment that not only echoes Johnson’s own ambitions, but also upholds VOSS’ long-standing commitment to quality and sustainability, according to the company. In his new role as strategic adviser and investor, Johnson consulted throughout the creative process, leveraging his knowledge and expertise in culture-shifting marketing to bring Live Every Drop to life, it adds. The campaign is the first creative to roll out since the announcement of Johnson’s newly acquired stake in the brand and strategic partnership and can be seen via large-scale, outdoor, digital and social media platforms throughout major markets across the country, it says.

Beginning next month, Hint Inc. will be partnering with the Susan G. Komen Breast Cancer Foundation to help raise an estimated $150,000, the company says. Hint will wrap its best-selling variety packs of water with pink shrink wrap and will donate $1 for each Pink Variety Pack sold, it adds. Additionally, for every pink bundle sold (three cases) on the company’s website, drinkhint.com, it will donate $3 to the foundation. “As a woman, mother and head of a company, I feel it’s my responsibility to help raise awareness in any way I can,” said Kara Goldin, founder and chief executive officer of Hint, in a statement. “We all know people whose lives have been touched by breast cancer and I am happy to partner with another female-run organization championing women’s health in a national effort.”

You can’t beat it, so join it

Following National Dive Bar Day on July 7 and country singer Garth Brooks new single, “Dive Bar,” Brooks and Seagram’s 7 Crown have teamed up to celebrate dive bars everywhere and encourage responsible drinking, the Seagram’s company says. Brooks and Seagram’s 7 Crown have pledged to the global mission of hashtag #JoinThePact to never drive impaired and to help secure 700,000 other pledges via jointhepact.com from dive bar patrons across the country to make sure everyone gets home safely and responsibly, it adds. “I applaud Seagram’s 7 and share the mission to help our favorite neighborhood hangouts live to see another day,” Brooks said in a statement. “That’s why I urge all my friends to #JoinThePact and pledge to never drive impaired, so together we can keep the celebration going.”

Got me sayin’ WOW 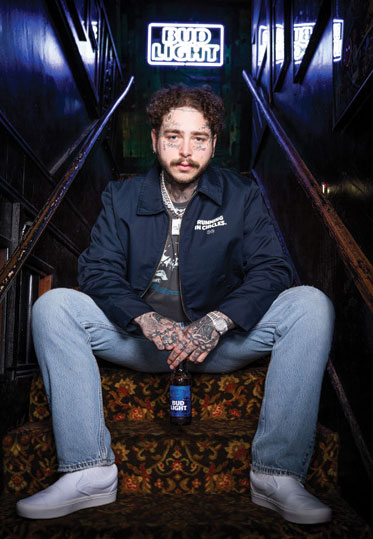 Bud Light and Grammy-nominated artist Post Malone launched a new line of limited-edition merchandise exclusively available on PostMalone.com. The premium, unisex streetwear line takes equal inspiration from some of Post’s favorite things as well as Bud Light’s heritage to create a one-of-a-kind collection that will bring fans closer to Post Malone and Bud Light than ever before, the company says. The collection, all priced between $10 and $250, draws inspiration from Post Malone’s distinct tattoos, Americana and his favorite light-lager, Bud Light, with notes from his upcoming album cover art and unreleased lyrics on select pieces, it adds. 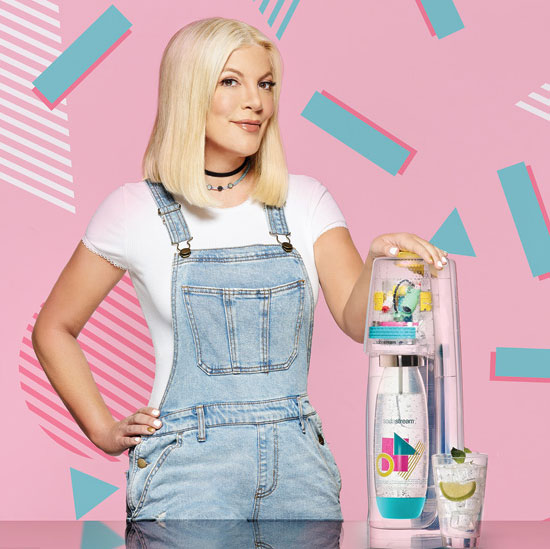 SodaStream has teamed up with actress and TV personality Tori Spelling to help eliminate single-use plastic waste, while also honoring the ’90s decade, which brought about the Internet, boy bands and scrunchies, the company says. To help eliminate plastic use, SodaStream unveiled 90 limited-edition, transparent and neon sparkling water makers available at SodaStream.com for a suggested retail price of $90. The new machine taps into ’90s nostalgia while taking a modern-day approach to the fight on single-use plastic waste, as every family with a reusable SodaStream bottle saves thousands of disposable plastic bottles, according to the company.