Written for the 1953 MGM musical “The Band Wagon,” the lyrics of “That’s Entertainment!” rollickingly suggests what entertains people — “from a clown, with his pants falling down, or the dance, that’s a dream of romance or the scene where the villain is mean — that’s entertainment.”

Hofbräuhaus Chicago in Rosemont, Ill., features nightly entertainment in its beer hall, including bands direct from Germany and Austria, featuring singing, dancing and audience participation along with the regular hoisting of steins of beer. As a member of the media, I attended the restaurant’s sixth anniversary celebration featuring a new chef, keg tapping, and a new menu of sausage specialties and Bavarian snacks.

A few weeks later, I was back at Hofbräuhaus for a special performance from the Muller Fasching Verein Nordamerika Inc., also known as the Milwaukee Mullers, a nonprofit organization where participants don carved wooden masks and unique costumes while performing a story surrounding the four seasons.

Entertainment aside, beer is the highlight of Hofbräuhaus’s menu. I enjoyed Hefe Weizen, an aromatic wheat beer with fruity notes and a mild and sweet finish. Other year-round craft beers brewed on-site in the 20,000-square-foot German microbrewery are a full bodied, slightly malty premium lager and Dunkel, a flavorful, malty and hoppy dark lager.

The monthly beer calendar lists limited-edition seasonal offerings including “Schwarzbier,” a deep black lager with a roasted malt and sweet chocolate flavor in January; the “Royal Export,” a pale, malty IPA in April; and “Oktoberfest,” a stronger lager style beer with a slightly hoppy finish in September and October. On “First Thirst Days,” the first Thursday of each month at 7 p.m., the microbrewery celebrates each beer’s debut with tasting information, free half liter samples and brewery tours. 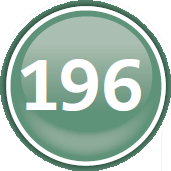 Innovation in gluten-free products continues as consumers demand transparency, accountability and authenticity in food processing. In 2018, 2,203 products across food and beverage made by 196 brands now carry the glutenfree organization (GFCO) logo. GFCO currently certifies more than 52,000 products made by more than 2,500 brands in 47 countries.

— A release from the Gluten Intolerance Group about the benefits of its certification program and why brands secure third-party certification to secure the trust of the gluten-free community.

Popularity of wine on tap spreads