The Aesop’s fable “The Tortoise and the Hare” pits the speedy hare against the plodding tortoise in a race of the “Davids versus the Goliaths.” With a slow-and-steady approach, the tortoise emerges as the race’s victor. Although not a children’s story, competition in the supermarket channel has become a “race” as competition for shoppers heats up between brick-and-mortar stores and online options.

Changes in the entire consumer packaged goods (CPG) landscape, particularly with eCommerce and even cashless options, is rocking the landscape. Beginning in 2012, supermarkets began losing leadership share to other multi-outlet (MULO) retailer channels, including supercenters, dollar stores and drug stores, according to Chicago-based Mintel’s July 2018 “Grocery Retailing – US” report.

“While supermarkets continue to grow and comprise nearly half of total sales, other MULO is collectively growing at a faster pace,” the report states. “Walmart is the primary ‘other’ MULO retailer, pulling sales away from supermarkets, with 56 percent of its sales coming from grocery, up from 14 percent 20 years ago in 1998.” 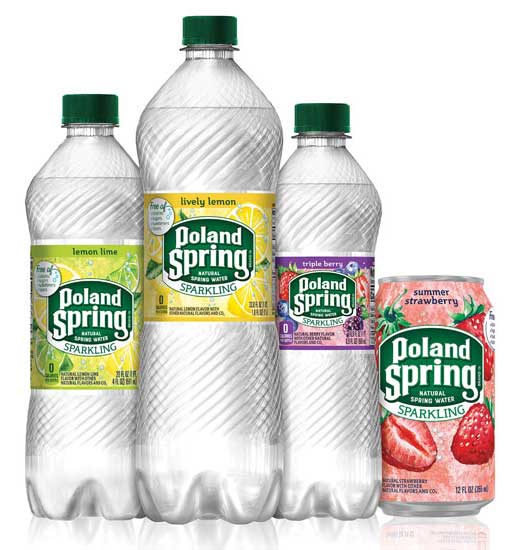 Susan Viamari, vice president of Thought Leadership at Chicago-based Information Resources Inc. (IRI), elaborates that the grocery channel saw unit sales slide 1.1 percent, while dollar sales ticked up 1.3 percent. Although the channel has lost dollar and unit share to club, convenience and dollar stores during the past year, the beverage sector has been “a bright spot” during that time, Viamari says.

Viamari notes that strong innovation and strong consumer interest in top-performing non-alcohol beverages are adding key health benefits and excitement to the channel.

Not to be outdone, sales of alcohol beverages also are faring well in supermarkets. For instance, premixed cocktails/coolers saw double-digit dollar sales growth of 48.8 percent and increased unit sales of 29.8 percent. Yet, the industry average in multi-outlets plus the convenience sector is comparable, with dollars of 52 percent and units of 31.7 percent, Viamari notes.

Although growth in this sub-segment is occurring within a small base, Viamari thinks it is an up-and-coming trending area. “We have seen a lot of innovation in this area, as consumers seek exciting, lower-carb, lower-calories, on-the-go adult beverage options,” she says. “Key product launches include White Claw Hard Seltzer, Truly Spiked and Sparkling and Barefoot Refresh.”

To keep pace with consumer spending being divvied up between a variety of non-traditional formats, Jon Hauptman, senior director at Inmar Analytics, Winston-Salem, N.C., suggests that traditional supermarkets should refocus on trying to better understand shoppers’ needs, and meeting and exceeding their expectations through personalization.

“For example, they’re personalizing promotions via digital offers to ensure they’re relevant to each shopper, and supermarkets are beginning to explore personalized base pricing in which they offer shoppers low base/everyday prices on the items that are most important to each individual household,” Hauptman explains.

“Tailoring all of these elements carefully down to the store level will ensure that the mix meets the explicit market need — for instance, suited for stock-up in some areas/banners, while more quick trip or fill-in friendly in others,” she says. “Retailers need to keep a close eye on evolving consumer behaviors and preferences and constantly hone their mix to stay in lockstep with those needs/wants.”

As with many large retail industries, establishments in the supermarkets and grocery stores industry come in a multitude of shapes, sizes, formats and specialties, according to Los Angeles-based IBISWorld.

In its July 2018 “Supermarkets & Grocery Stores in the US” report, the market research firm affirms that growth from nontraditional store formats and the fact that more than 82 percent of households are purchasing organic products, including a nearly 14 percent increase in organic fruits and vegetables, is fostering growth in a stagnant industry.

“As limited-assortment stores and department stores have flourished, large-scale traditional grocers have struggled to compete,” IBISWorld’s report states. “Over the past five years, companies like Kroger and Albertsons struggled to generate growth organically and engaged in a flurry of merger and acquisition activity.

“Rather than open up new stores, these large companies acquired regional brands with a loyal local following,” the report continues. “This strategy enables large brands to expand their geographic reach without incurring high costs.”

The tectonic shift in consumer shopping habits is shaking up the entire CPG marketplace as consumers trade mall-walking for web-surfing, with staggering economic implications, notes a white paper from Lakeland, Fla.-based TriFactor.

Mobile eWallet apps like Boost also are gaining ground with retailers. For instance, more than 30,000 merchants have signed up with the app’s cashless payment system. Among them is Malaysia-based Mydin, a chain of hypermarkets and supermarkets, which now offers cashless payment services for its customers.

“Drawn in by the promise of lower cost and cashless transactions — with product comparisons and reviews as easy as a couple of clicks, online shoppers have spurred eCommerce growth by 25 percent per year since 2012,” the white paper states. “In the U.S. alone, eCommerce now accounts for nearly 10 percent of total retail sales, and 80 percent of American consumers have made an online purchase in the last 30 days.”

In 2017, eCommerce sales for food and consumables reached $46 billion, an increase of 26 percent, according to Inmar’s “Future of Food Retailing” report. It suggests that eCommerce sales will significantly increase as more retailers accelerate their digital strategies and expand their omnichannel capabilities.

Despite these figures, many consumers still indicate a strong preference for in-store shopping. “Nearly eight in 10 of those surveyed do all their grocery shopping in a physical store as opposed to online,” states Mintel’s July 2018 “Grocery Retailing US” report. “The remaining 22 percent are multi-channel shoppers, blending the responsibility between in-store and online.

“… Over a third of non-online shoppers said they are interested in shopping online in the future,” it continues. “Moreover, digitally native iGeneration members and millennials will drive this digital shift as three in 10 are already conducting a significantly higher portion of their shopping online.”

Traditional supermarkets, however, are leaning into experiential retailing like offering in-store restaurants, cafés and bars to attract younger consumers more akin to shopping online, it adds.

While eCommerce is having a “strong strategic impact” on traditional supermarkets, Inmar’s Hauptman notes that online elements have forced the channel to roll out its own eCommerce offerings as a defensive measure.

“Now, offering eCommerce is table-stakes and supermarkets are refocusing on enhancing their eCommerce proposition to personalize the online shopping experience, making online shopping quicker and easier, and to do so profitably,” Hauptman says.

Coffee is the beverage category most impacted by eCommerce, IRI’s Viamari says. “[Coffee is] seeing year-over-year growth of 35.5 percent online,” she explains. “Small players, unique/local/artisan options are helping to drive this growth. But, here again, retailers have an opportunity to bring personalization to the game to protect and grow their consumer base.”

Industry analysts note that dollar share for the traditional grocery channel will continue to decline while limited-assortment and fresh format will see gains.

“By 2022, dollar share for the traditional grocery channel will decline to 43.1 percent, a decrease of 1.5 percent,” states Inmar Analytics’ “Future of Food Retailing” report. “The convenience store channel will experience a slight decrease in share, reaching 15.7 percent. The number of traditional supermarkets will shrink 2.7 percent to 24,572 stores.”

The decline will be offset by double-digit growth in store counts for fresh format, limited-assortment and super warehouse formats, it adds.

IBISWorld’s “Supermarkets & Grocery Stores in the US” report notes that during the five years to 2023, the supermarket and grocery store industry will continue to benefit from a strengthened U.S. economy, more disposable per capita income, and the fact that shoppers will be more inclined to purchase premium-level, value-added products at retail stores.

The report, however, cautions that intensifying competition from alternative retailers, such as dollar stores, online grocery and wholesale clubs, will make competition difficult for the supermarkets channel. “Overall, IBISWorld projects industry revenue to grow at an annualized rate of 1.6 percent to $686.1 billion over the five years to 2023,” it states. BI