2018 Beverage Innovations of the Year

Beverage-makers drive consumers to “drink outside the box”

As part of human nature, consumer preferences can change in the blink of an eye. As a result of human woolliness, beverage-makers must stay up-to-date with the latest and greatest trends affecting the market by creating products that capture consumers’ ever-fluctuating preferences.

The editors of Beverage Industry analyzed the new beverages launched in 2018 and selected five brands that they think are driving innovation and getting consumers to “drink outside the box.” The following are Beverage Industry’s 2018 Innovations of the Year: 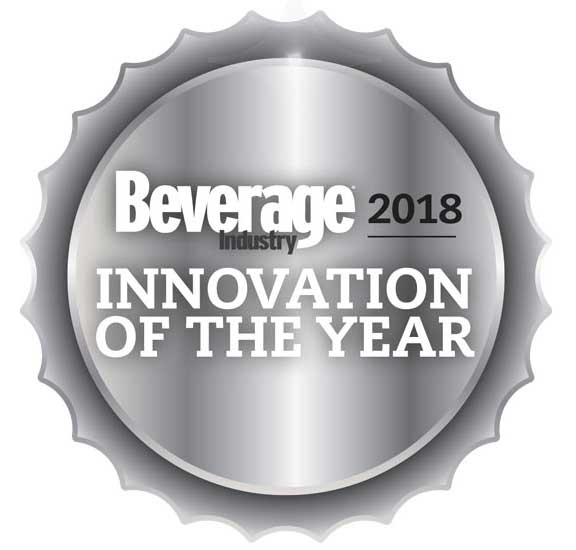 Visit other Innovations of the Year articles

When one sees the word “hops,” craft beer most likely comes top of mind. However, as the beer market experiences marginal growth and the bottled water market continues to flourish, Paul Tecker, founder of H2OPS LLC, Anaheim, Calif., saw an opportunity to combine the two, thereby creating something that the beverage market hadn’t seen before.

H2OPS is an unsweetened, IPA-inspired, hop-flavored sparkling water, which contains no alcohol or calories in each 355-ml glass bottle.

“The inspiration came out of a love of craft beer and the craft culture with its emphasis on innovation, flavor and quality natural ingredients,” Tecker says. “It was after brewing a batch with these intensely aromatic freshly picked hops that the inspiration hit me for a sparkling hop water. After two years of brewing trials and testing with friends, we were convinced we were onto something big and launched H2OPS at a California beer festival.”

Consumers have had positive reactions to the new product category, Tecker notes. “The future is exciting,” he says. “We plan to grow the H2OPS brand as a viable independent company, but may consider partnering with a larger company that has a strong sales and distribution network.”

During the past few years, the kombucha market has been running rampant, and this came as a force to be reckoned with for craft brewer Tim Garman, founder of Fairport Brewing Co. LLC, Fairport, N.Y.

The inspiration for Fairport’s Crown Jewel BuchaBeer came from consumers asking, “‘What do you have that’s light?’ [It] was simple: we wanted to offer a lighter, heathier beer,” Garman says.

“Since Fairport Brewing Co. had recently branched out into the kombucha space as well, we decided to combine what we knew about both beer and kombucha and came out swinging,” he continues. “After a considerable amount of experimentation, we landed on a Belgian wheat/peach/citrus kombucha combination and were thrilled to receive rave reviews at a number of beer-tasting events.

The reaction has been overwhelmingly positive, Garman notes. “Customers are initially excited about a probiotic beer — and then when they taste it, it seals the deal. It has also been unexpectedly popular within the ‘non-beer’ crowd, which have described the Crown Jewel as uniquely drinkable, light and refreshing.”

Although Crown Jewel only is available in select markets as of present, Garman notes that the company has contracted with several distributors and has plans to eventually expand around the United States. Scheduled for release in the first quarter of 2019, look for two new flavors of BuchaBeer on deck that pull from the existing kombucha [blend], as well as new flavor profiles, Garman says.

With beverage stalwarts continuously launching hard ciders and seltzers, it can be difficult for new brands to enter the flavored malt beverage (FMB) market. Yet, this barrier empowered Quaker City Mercantile, Philadelphia, to put its creativity to the test, and out of it came QUAKER CITY SHRUBS flavored malt beverages.

“We’ve quickly discovered that people love seltzers but aren’t always impressed with the flavor delivery,” says Olivia Carb, account director at Quaker City Mercantile. “People love cider for its natural flavor, but often find it to be very sweet. We’re not a seltzer or a hard cider, but QUAKER CITY SHRUBS offers the best of both worlds with the same bubbly taste as a seltzer and only 3 grams of natural sugar.”`

The inspiration for the new, low-alcohol beverage came to Steven Grasse, founder of Quaker City Mercantile, when he discovered a historical shrub recipe while conducting research for his new book “Colonial Spirits,” Carb says. Dating back to the colonial era, historical shrubs were a way of preserving fruit beyond the harvest with a combination of sugar and vinegar, Carb adds.

The historical shrub recipe sparked an idea: “why not use apple cider vinegar in a FMB?” Carb notes, referring to Grasse’s inspiration. Beyond simply tapping into an emerging consumer trend, it allows for QUAKER CITY SHRUBS to be full of flavor without too much sweetness, as the splash of apple cider vinegar interacts with and amplifies the fruit flavors, she says.

The 4 percent alcohol-by-volume FMBs are available in three flavors: Grapefruit, Blackberry and Apple. They contain 3 grams of sugar and 90 calories in each serving.

As the desire for better-for-you and functional beverages becomes increasingly popular, Pure Steeps Beverage LLC, Portland Ore., and its Wonder Drink Kombucha line saw an opportunity to take its proprietary beverage to the next level with Prebiotic Kombucha.

“Based on our research, lots of the consumers drinking fermented beverages are looking for proven functional ingredients such as probiotics or prebiotics,” says Marce McKinnon, brand manager at Wonder Drink. “Since probiotics are live microorganisms, their inherent nature can make them very unstable in acidic fermented beverages. Their counts and/or activity can reduce drastically over the product shelf life. To avoid this ambiguity, we were inspired to provide consumers a kombucha with a more stable prebiotic fiber that has shown to selectively nourish good bacteria already present in the gut.”

The functional beverage contains xylo-oligosaccharide, a certified organic, plant-based, prebiotic fiber, McKinnon explains. The fiber is known to selectively nourish certain naturally occurring probiotic bacteria in the gut, so it can help promote the digestive system, she adds.

Because of the health benefits of Prebiotic Kombucha, Wonder Drink implemented educational marketing strategies to help build brand and product awareness. “We are always looking to innovate in the functional beverage space and we believe there is room for opportunity and growth,” she says.

Ready-to-drink (RTD) beverages are a booming business and RTD coffee not only is stealing the show, but RTD cold-brew coffee is the rising star.

All three flavors — Oat Milk Latte, Classic Latte and Mocha Latte — are USDA Certified Organic, which was an important aspect in creating the product, Williams notes. “Our mission statement is literally, ‘We’re friends with one goal: make high-quality, great-tasting beverages with the freshest organic ingredients we can source.’

Williams touts the consumer response since the launch of the Nitro Cold Brew Coffee Lattes. “We’ve seen the ground level sentiment translate into our sales. The velocity on these has been strong in both retail and eCommerce and we’ve found buyers who, while appreciative of our first three canned offerings, now are fully ready to bring in RISE because the lineup is so complete.”

Consumers can expect to see an expanded footprint as well as new flavor formats through 2019 and beyond, he says. “We’ve seen an incredibly receptive response to our products from both distributors and retailers and expect our retail footprint to grow considerably...” BI