As health-and-wellness trends pervade the food and beverage markets, plant-based proteins are growing in prominence and becoming a game- changing trend. The Netherlands-based Innova Market Insights states that plant-protein claims were up 58 percent on new product launches globally from 2013-2017, while plant-based claims jumped 62 percent during the same timeframe. For 2018, Chicago-based Euromonitor International forecasts that the overall global market for dairy alternative drinks will reach $16.3 billion.

In 2017, ready-to-drink (RTD) protein drinks saw U.S. wholesale dollar sales of $624.3 million, an increase of 2 percent compared with 2016, according to New York-based Beverage Marketing Corporation (BMC). U.S. sales of protein supplements and meal replacements totaled $3.5 billion for the 52 weeks ending Sept. 9, an increase of 4.5 percent, according to data from Chicago-based SPINS.

Ingredient suppliers note that consumers have expressed an overwhelming interest in plant-based foods and drinks along with the burgeoning options for plant ingredients, particularly as sustainability in food production continues to loom large. Among the non-dairy plant-based ingredient options are soy, oat, rice, wheat, pea, nut, quinoa and chickpea. Dairy/milk proteins include casein/caseinates, whey protein concentrate and whey protein isolate.

“Plant-based proteins provide a good alternative for people that have certain sensitivities or allergens, but they do not have as good of a protein digestibility-correct amino acid score (PDCAAS), as dairy or meat proteins,” Manuel adds. “Sometimes you may run into production issues such as gelation, sedimentation, etc. This really depends on the process and what other ingredients are in the formula.”

Dairy proteins are clean tasting, have a great PDCAAS number, and manufacturers can choose from several different types of proteins, including slower digestibility proteins such as caseins, and whey proteins, which are digested at a much faster rate, Manuel explains. 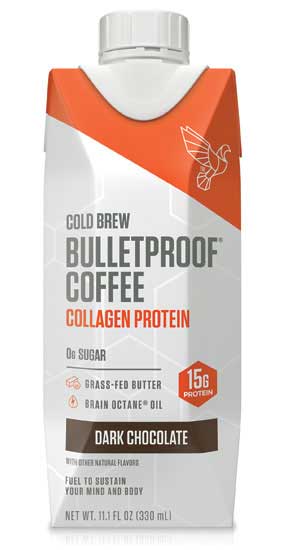 Will McCormack, business development manager at Synergy Flavors, Wauconda, Ill., also touts the advantages of using dairy proteins. “The benefits of dairy include a superior amino acid profile — particularly the essential amino acids including leucine, which is a key signaling amino acid for muscle growth and recovery — and digestion and absorption kinetics relative to non-dairy,” he says.

Vicky Fligel, senior product manager for beverages at Chicago-based Glanbia Nutritionals, highlights the significant interest from beverage-makers in incorporating protein into their products. “It’s well aligned with protein as a macro trend across all food and beverages but specifically relevant to functional beverages,” she explains. “More protein claims are emerging in sports protein beverages with a new emerging category of protein water followed by yogurt protein drinks.”

The growth in protein beverages is being influenced by trending flavors innovation, and the desire of consumers to improve dietary quality, says Julie Emsing Mann, plant protein program manager at Westchester, Ill.-based Ingredion.

“Flavor development in this space is critical, and emerging science is identifying synergistic flavors to mask the organoleptic properties of protein in beverages,” she says. “Additionally, there is an increased desire to increase protein for snacking and beverage occasions. New consumption occasions are also driving growth. As an example, a Protein plus Coffee brand launched in convenience stores in Q1 of 2018 as an additional option to the morning brewed coffee occasion.”

Experts note that protein beverages are no longer exclusive to the sports nutrition and meal replacement markets. “Today, consumers from all walks of life are jumping on the protein bandwagon. As a result, it’s being used to add nutritional value to a wide range of beverages, including water, coffee and even RTD tea,” says Matthew Jacobs, global product line leader for plant proteins at Minneapolis-based Cargill.

Historically, fermented protein drinks were limited to dairy yogurts, but that is changing, according to Greg Paul, industry marketing leader for beverages at St. Louis-based DuPont Nutrition & Health. “Several new fermented plant-based beverages have recently appeared on-shelf,” he explains. “Several use a coconut milk or flax milk base, but a few recent launches include added plant protein. Alcoholic beverages can include protein as an ingredient, but few exist in the market.”

The hunger for protein

As consumers’ hunger for protein fortification proliferates, beverage manufacturers are using the ingredient category as a point of differentiation within the marketplace. In fact, 70 percent of U.S. consumers report trying to increase their consumption of plant-based foods, according to St. Petersburg, Fla.-based HealthFocus International.

“Consumers perceive plant beverages to be healthier options that fit into a clean-eating lifestyle,” DuPont Nutrition & Health’s Paul says. “They believe plant beverages are heart healthy and deliver digestive benefits while also being better for the environment and animal welfare. As protein remains the most desirable macronutrients for consumers, it’s a natural connection to add protein to the diet from plant sources.” 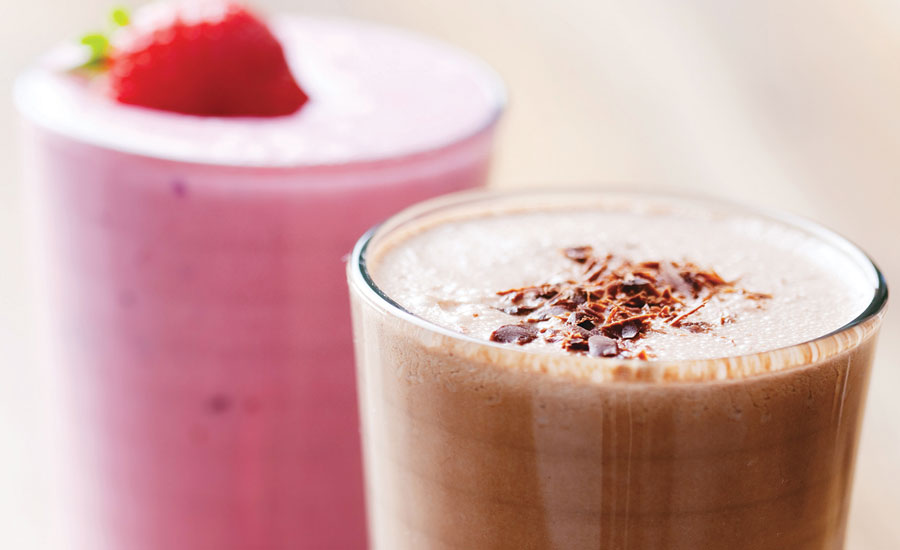 SPINS data highlights triple-digit growth for several protein ingredients including whey, pea and combinations of plant proteins, which are growing at more than 117 percent, 9,040 percent and 94 percent, respectively, for the 52 weeks ending Sept. 9.

“An emerging trend on our radar is protein-enhanced water. Whey protein is the emerging functional ingredient in this segment,” says Kimberly Kawa, SPINS’ retail reporting analyst.

Supporting this trend, David Jenkins, a former U.K. Olympic medalist in track and field, created fizzique Sparkling Protein Waters, which contain 20 grams of protein, zero sugar, 80 calories and 4,400 mgs of muscle-energizing branched-chain amino acids (BCCAs) in each 12-ounce slim can, the company says. The enhanced waters provide fast muscle recovery after workouts and can help curb appetites, satisfy hunger between meals and provide a high protein pick-me-up on the go, it adds.

Lara Niemann, marketing director for the Americas at Sergeant Bluff, Iowa-based GELITA, points to the benefits of collagen, one of the most abundant proteins found in the human body, in powder mixes, RTDs, waters, gels, shakes and more.

“Collagen peptides effectively support metabolic turnover. They are an ideal source of protein for maintaining the health of the body’s connective tissue, bones, joints, skin, ligaments and tendons, she explains. “Increasingly well understood and scientifically proven, their nutritional and physiological advantages have been demonstrated in numerous scientific studies and trials.

“Research also confirms an effect on muscle mass increase and simultaneous fat loss when these peptides are used in combination with resistance training,” she continues. “… Beverages fortified with collagen peptides are perfect vehicles for delivering a variety of natural health benefits.”

Formulating with certain protein ingredients can be challenging, as many proteins can have a negative impact on taste, texture and overall appearance and also might carry allergenic potential.

Shaking up the market

A producer of nutritional products, Glanbia is looking to expand its RTD protein-enhanced solutions through plans to acquire Palm Beach Gardens, Fla.-based SlimFast for $350 million, it said in a statement. The company will distribute the weight-loss giant’s dietary product line including shakes and smoothies as it seeks to capitalize on the brand's established presence in the United Kingdom and United States. The deal is expected to close by the end of the year, the company says.

Also shaking up the protein market and supplement industry are new models for protein delivery. For instance, SPACE SHAKER offers a subscription model for protein delivery alongside a collapsible shaker bottle. Each GO bottle, available in four flavors, is filled with high quality, gluten-free, ultra-filtered whey isolate powder that on-the-go club members can bring to the gym or their offices, the company says. Each bottle contains 35 grams of protein, 1 gram of sugar, and 1 gram of fat, it adds.

“Of the macronutrients, protein has remained relatively unscathed in comparison to fat and carbohydrates (sugar) in recent years,” Synergy’s McCormack says. “Protein allows for product claims related to muscle growth and recovery and satiety. The type of protein and the amount included per serving can be modulated to target a specific user group, functional benefit and price point.”

Cargill’s Jacobs also believes plant proteins fit the biggest label-friendly trends in beverage product development. “They are perceived as natural, label-friendly and sustainable, all critical points for discerning shoppers, who … feel confident giving them to their families.”

Ingredient companies are innovating with new protein ingredients and investing in the plant and alternative protein space. For instance, in January, Cargill signed a joint venture agreement with Minneapolis-based PURIS.

“While most proteins bring along a host of flavor issues, PURIS pea protein is decidedly different,” Jacobs says. “It’s sourced from yellow pea seed varieties specially selected to minimize the off-flavors normally attributed to pulses. In addition, it’s processed without the use of hexanes to bring out the best flavor possible.”

When working with protein beverages, Manuel advises beverage-makers to formulate with high-quality protein and observe pH levels. “For example, for lower pH beverages, if you are outside the desired pH range, you can run into flocking or gelation,” Manuel explains. “Definitely be sure to understand the quality of the protein because that can tell you how high you can go on your pH, [which is] usually around 3.3 or lower. With our Nutri Whey Isolate Clear, we can go up to a pH of 3.6.”

Derived from peas, lentils and faba beans, Ingredion offers a VITESSENCE pea protein isolate. The ingredient contains a minimum of 80 percent protein on a dry basis, helping manufacturers reach the 10 grams in each serving needed for “excellent source of protein” front-of-package claims and to repair and grow lean muscle mass, Emsing Mann says.

The rise in health and nutrition awareness as well as the mainstreaming of the performance nutrition sector has led to the introduction of various functional ingredients for the body and mind. Plant protein is projected to make up a third of total protein in the market by 2050, and functional beverages are predicted to grow 5-6 percent from 2017-2022, Emsing Mann says, citing Nielsen and Marketer’s Media, respectively.

“This is an exciting time for beverage formulators,” says Vince Cavallini, beverage, snacks and cereals applications manager at Cargill. “There’s so much interest in novel protein — not just from plants, but animal-sourced too. It’s going to be interesting to see which ingredients get put into the market and how beverage formulators incorporate them into innovative new products.” BI