More than one in three U.S. consumers are following a specific diet or eating pattern, and they are increasingly averse to carbohydrates and sugar, according to the 13th Annual Food and Health Survey, released in May by the International Food Information Council (IFIC) Foundation, Washington, D.C. Thirty-six percent of Americans reported following a specific diet or eating pattern within the past year like intermittent fasting (10 percent) and paleo (7 percent), it adds.

The survey highlights that more Americans blame carbohydrates, and specifically sugar, for weight gain. Although sugars continue to be the most cited cause of weight gain (33 percent), carbs ranked second at 25 percent, up from 20 percent in 2017, the survey states.

The IFIC notes that both of these numbers are the highest since 2011. Fats (16 percent), protein (3 percent) and “all sources” (17 percent) lagged behind when placing blame.

Experts note that clean label and sugar reduction are the Top 2 global trends driving new product development and innovation. The emphasis on reduced-sugar, reduced-calorie beverages shows no signs of abating, they add.

Although consumers’ definitions of “clean label” continue to evolve, in the beverage space, a continual push for new products with no artificial colors or sweeteners also has progressed, says Andy Ohmes, global director of high intensity sweeteners at Minneapolis-based Cargill.

“At the same time, sugar reduction in beverages remains a hot topic driven by a combination of factors, including evolving consumer attitudes around sweetness intensity and sweeteners of choice, global regulations, and taxation on the sugar content of beverages,” he says. “While consumer scrutiny of product labels and sugar content shows no sign of abating, we can’t lose sight of the importance of taste.

“Consumers want reduced-sugar beverages made with familiar ingredients but not at the expense of great taste,” he continues. “Taste is, and will remain, the single biggest driver of purchase intent.”

Beloit, Wis.-based Kerry affirms these results in its June report, “How Sweet It Is,” which looked at the sweetener taste preferences of 760 Americans across different age groups, gender and ethnicities. “Fifty-five percent of American consumers want reduced sugar products to taste the same,” it states. “With 71 percent of consumers reading the sugar content on ingredient labels, the focus on lower sugar products has never been higher.”

When it comes to consumer awareness and preferences, honey, sugar and maple syrup were the Top 3 choices at 64 percent, 59 percent and 31 percent, respectively. While 58 percent of consumers were aware of stevia, just 22 percent preferred it. Despite garnering 63 percent recognition, high-fructose corn syrup was only preferred by 7 percent of respondents, while aspartame ranked last in consumer preference with 6 percent of the vote.

Experts note that the use of plant-based, zero-calorie sweeteners like stevia and monk fruit are rising in preference. Taxes on sugar-sweetened beverages, the U.S. Food & Drug Administration’s (FDA) proposed 2019 “added sugar” labeling requirement, and more educated consumers looking for new sweetener options is driving major change in the market.

“Consumers are educating themselves around some of these comparatively new sweetener options and understand the benefit of selecting stevia or monk fruit over sugar or artificial sweeteners,” he says. “The improved taste profile of stevia and introduction of monk fruit has been a substantial part of why consumers are enjoying these products and willing to purchase products using natural sweeteners.

“Regulation wise, sugar taxes are being applied in a growing number of regions and countries,” he continues. “This, combined with the new FDA labeling requirement of ‘added sugar,’ and commitments from multinational companies such as Danone, Pepsi and Nestlé to reduce sugar in their foods and beverages, is curtailing the production and consumption of sugary beverages.”

Approved as a commercial ingredient in 2008, stevia has seen rapid adoption across a wide range of beverage applications including carbonated soft drinks (CSDs), ready-to-drink teas, flavored waters and more.

Food and beverage companies increasingly are using stevia-based sweeteners in global new product launches. In fact, in 2017, more than 3,000 food and beverage products containing stevia launched globally, according to Chicago-based Mintel’s 2018 Global New Products Database (GNPD). In 2012, only a quarter of the 1,000 new products were beverages, it adds.

Growing rates of obesity and diabetes are fueling the need for better-for-you, natural sugar substitutes, says Magomet Malsagov, chief executive officer at PureCircle USA Inc., Chicago. “In 2017, launches of products containing stevia with a claim for kids (ages 5-12) increased 16 percent from 2016,” he says. “In 2017 alone, beverage launches were up more than 10 percent versus 2016.” 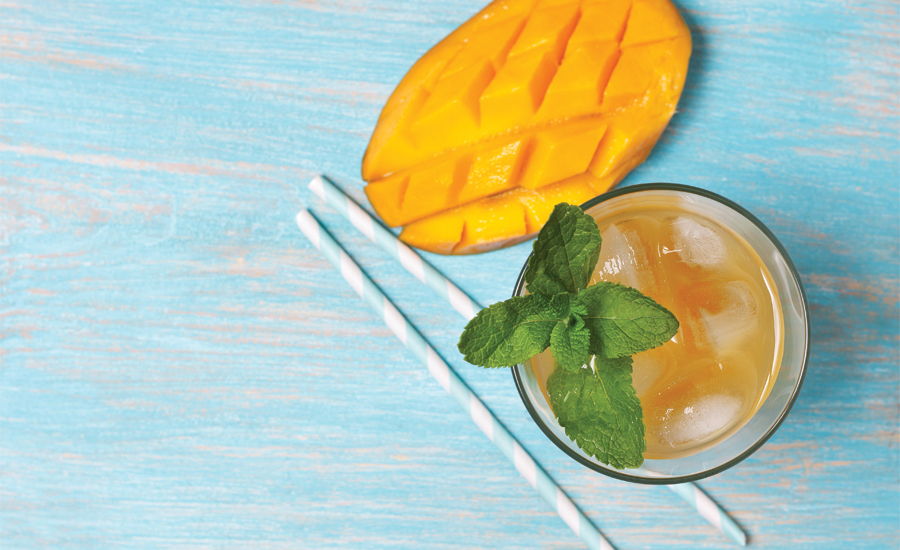 “The biggest consumer trend to impact the uses of sweeteners has been the demand of clean-label sugar reduction,” he says.

Sweetening systems designed to be a plug-in replacement for sucrose provide more reliability and cost-effectiveness to the supply chain, King notes.

Among the sweetening solutions Icon offers are Erysweet+, a stevia erythritol blend, and KetoseSweet+, an allulose, stevia and monk fruit blend that is becoming its most popular sweetening system for beverages, King says.

“Though allulose is classified as an added sugar, it is projected that the FDA will take it out of the added sugar category and give it a line on the nutritional facts panel similar to alcohol sugars,” he says.

Although the sugar alcohol erythritol is commonly used in beverage applications for calorie reduction, a restricted usage level of 3.5 percent is limiting its usage, Anugu notes. Allulose, on the other hand, can replace erythritol in a one-to-one ratio without adding calories.

To combat the bitter taste and lingering aftereffects associated with stevia, experts note that more ingredient suppliers are innovating to create stevia solutions without offnotes.

At the Institute of Food Technologists (IFT) Annual Meeting & Food Expo in July, Tate & Lyle launched TASTEVA M, a Reb M stevia sweetener that has a more sugar-like taste without the bitterness aftereffects, Storms says. TASTEVA M starts with stevia leaf extract and then uses a bio-conversion process and aqueous-only finishing step, which produces more volume and delivers more from the leaf at an acceptable in-cost use, Storms adds.

Among its offerings is SucraSweet Stevia Ultra 100, an all-natural product that replaces nutritive sweeteners at as high as 100 percent in natural fruit drinks, CSDs, teas, protein beverages, sports drinks and energy drinks; and SucraSweet HIS Malto-600, a replacement for sucralose that is 600 times sweeter than sugar, it says.

As beverage-makers reduce sugar content and seek a cleaner label for their existing products, Schultz notes the task is not without challenges and risks. “Companies need to preserve the sweetness/taste profile that their customers have come to expect,” he explains. “More established brands are enlisting our help in making the transition. To reduce the trend of declining sales of high-sugar products, we suggest not changing the high sugar but introducing healthier and/or naturally sweetened products.”

Ihab Bishay, director of sweet applications at Itasca, Ill.-based Ajinomoto Health and Nutrition North America Inc., agrees that successful sugar reduction should start with clean-tasting sweeteners as the consumer will not re-purchase a product unless it tastes good. The company offers advantame and aspartame, zero-calories sweeteners, as well as a customer applications center.

“Long gone are the days of single sweetener formulations,” he says. “Today’s formulations incorporate multiple sweeteners, together with taste modifiers and flavor enhancers. Together, these combinations achieve a taste profile much closer to sugar.”

Formulation expertise also is crucial. “Understanding how to formulate with various sweeteners to maximize their ability to reduce sugar is a key factor in a successful product,” Bishay explains. “… We develop innovative prototypes and formulations to meet customers’ needs for cost, taste, label, positioning, etc.” 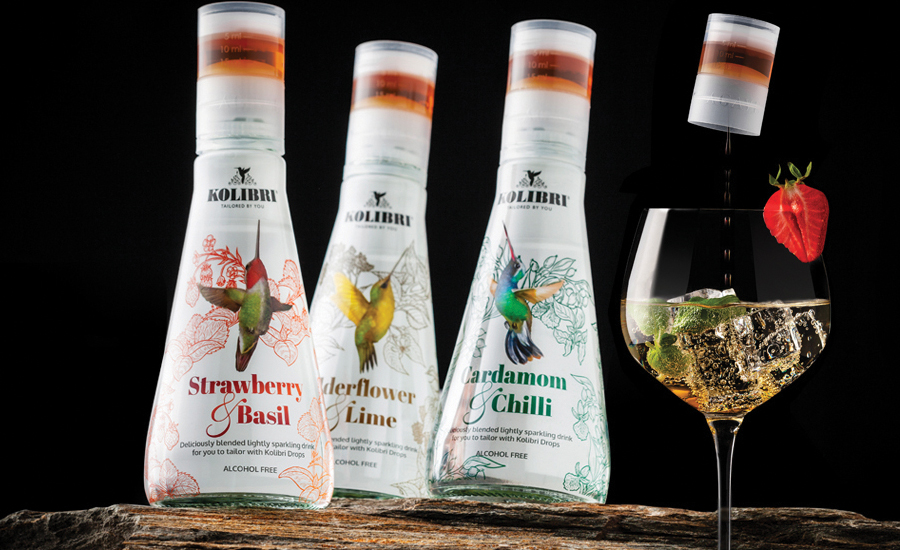 In the United Kingdom, CSD maker Kolibri Drinks, in partnership with Yorkshire-based glass packaging specialist Beatson Clark, recently introduced a cone-shaped 300-ml custom-designed bottle cap that stores nectar in the cap, allowing consumers to control the amount of sugar in their soft drink, it says.

Chilton, Wis.-based Briess manufactures malt extracts that serve as nutritious alternative sweeteners made without additives or chemicals while adding protein, the company says.

The company offers a gluten-free extract made from white grain sorghum that carries a honey-like flavor that will mask and/or add flavor to beverages. Another sweetener innovation, InnoSweet is made from whole grain sprouted wheat that does not have to be listed as added sugar, says Judie Giebel, technical services representative at Briess.

“It is not 100 percent soluble, but has excellent application in many smoothie applications,” she says.

Experts note that sweetening systems and sugar reduction is a global trend that’s here to stay.

“There has never been so much focused and well-funded investment on sugar reduction and development of alternative sweeteners globally,” Layn’s Richmond says. “It’s an incredible time to witness the changes in the beverage category and the innovation that strives to satisfy the needs and preferences of tomorrow’s beverage consumer.” BI