When it comes to bacteria, consumers are becoming more aware which are “good guys” and which are the “bad guys.” Experts note that increasing knowledge about the purported benefits of “good bacteria” is impacting the market for prebiotics, probiotics and postbiotics that are being used by industry players to manufacture products used to alleviate such ailments as acid reflux, constipation and diarrhea, and contribute to overall wellness.

According to Nandini Roy, head of the food and beverage research division at Future Market Insights (FMI), London, their data indicates that out of the Top 10 health claims among consumers, “probiotic” ranks No. 5, just below “organic” and just above “ethical/environmentally friendly packaging.”

Akshay Chavan, research analyst at Global Market Insights (GMI), Selbyville, Del., notes that a rise in the elderly population in various countries also could be driving the demand for probiotic products such as capsules, yogurts and beverages that help older individuals to prevent gut disorders such as irritable bowel syndrome (IBS).

“There has been a substantial rise in the demand for integrative medicine and self-care, which has boosted the functional food movement,” he says. “Industry players are also continuously engaged in product innovations of probiotic beverages. For instance, in 2018, General Mills invested $12 million in GoodBelly, the U.S. probiotic juice brand, to strengthen its market position.” 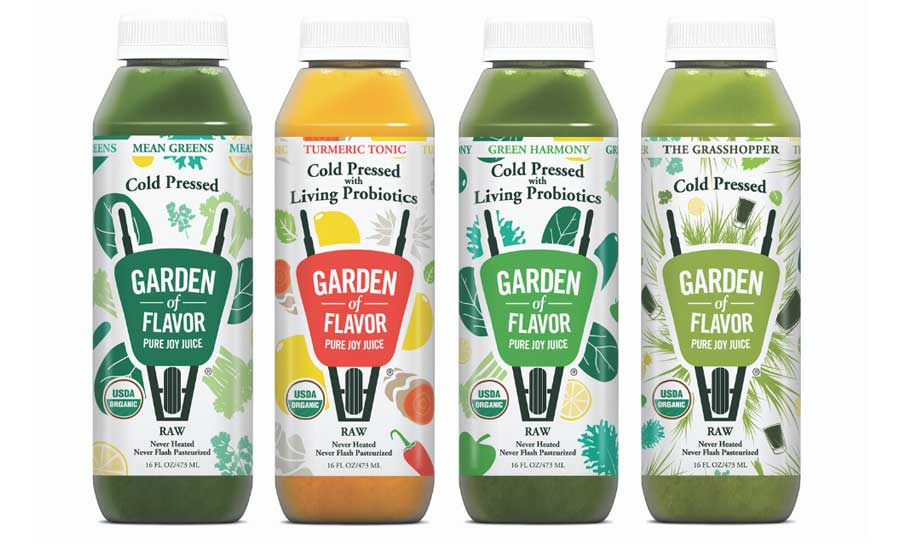 In addition, June Lin, global vice president of marketing, health and wellness for Archer Daniels Midland (ADM), Chicago, highlights a June 2020 report by FMCG Gurus that states 57 percent of global consumers report being concerned about their immunity in wake of COVID-19.

“We’ve noticed that consumers now have a greater awareness and understanding of the foundational role of the gut microbiome on individual aspects of health, such as metabolic health, immune function and the impact on overall emotional well-being,” she says. “Microbiome-supporting ingredients, such as prebiotics, probiotics and postbiotics, are gaining popularity as people become increasingly aware of the importance of the microbiome in overall wellness.”

No strains, no gains

However, probiotics on their own aren’t the only stars of the show. Experts note that the accompaniment of prebiotics also have entered the picture in gut-health beverages.

FMI’s Roy adds that “postbiotics,” a newly coined term for the non-viable or “dead” bacteria that could have beneficial biologic activity in the host, also are gaining popularity.

“Once consumed, postbiotics can produce compounds that could be key regulators of gastrointestinal health and help decrease inflammation and boost immunity,” she says. “While North American product launches containing postbiotics are scarce, this is a trend to watch.”

Digging deeper into the “pros,” GMI’s Chavan notes that out of the main ingredients typically included in probiotic beverages (lactobacillus, bifidobacterium, bacillus and streptococcus), lactobacillus is gaining more traction in the market because of its high bacteria count that enables faster fermentation processes within 24 hours.

“[Lactobacillus] is gaining huge prominence among both young and geriatric populace, owing to the health benefits associated with it, such as treating diarrhea, urinary tract infections and eczema in children,” he says. “The robust demand for fortified food is a large factor impacting the increase in the demand for probiotic beverages.”

Right now, technological hurdles are a major limiting factor hampering the demand for probiotics, GMI’s Chavan notes. For instance, the measurement of exact strains of microbes and their effects are to be drawn from intestinal samples of the host, which is a challenge for probiotic assessments, he explains.

“Tracking of individual or group of strains is beneficial to protect proprietary strains and also allows comparison between different strains to quantify the exact effect. Each probiotic strain has its own characteristics and properties beneficial for the host and it is to be studied individually and intensively to test its efficacy and persistence,” he says. “Complex testing methods during production and development of probiotics are challenging the industry growth.”

However, Chavan adds that technological advancements and various effective screening methods could promote the product demand, and that manufacturers are trying to adopt new technologies to exhilarate the ever-rising demand of consumers.

Alive and thriving (or not)

When it comes to specific probiotic-touting beverages performing better than others, BMC’s Dilworth says that demand for kombucha, for one, has slowed in the past couple of years. On the other hand, ready-to-drink probiotic beverages are preferable among consumers.

He also calls out a lesser-known and buzzed-about source of probiotics: sheep’s milk.

“Many researchers have found that sheep milk contains an optimum probiotic bacteria count. Thus, it is suitable in the manufacturing of probiotic beverages such as drinkable yogurts and others,” he says. “Further, it also acts as a beneficial bacteria and live microbial food supplement, strengthening the immune system and aiding efficient food digestion, which will, in turn, provide protection from pathogens.”

“In addition to these, inconsistent standards and guidelines in the global probiotic market are also adversely affecting the market: guidelines and regulations vary from country to country regarding the use of probiotic ingredients and their inclusion under the food category,” he says. “For instance, E. faecium bacteria in the U.S. is considered harmful to human health, and is thereby inappropriate for use as a dietary ingredient.”

However, Chavan notes that the rise in demand for probiotic beverages among millennials has created lucrative growth opportunities in the market.

FMI’s Roy says that another key demographic opportunity is young women aged 18-34, who experience significantly higher amounts of digestive upset and irregularity compared with the rest of the population.

At least for the time being,  gut-health drinks appear to be poised to take advantage of the growing interest in immunity beverages occasioned by COVID-19, BMC’s Dilworth says.

“While some sophisticated consumers grasp what these products are meant to do, others are not as knowledgeable,” he says. “Nevertheless, these consumers seem to have a common-sense intuition that immunity is at the nexus of various concepts such as gut-health, cold-fighting (i.e., vitamin C and zinc), anti-inflammatory responses (i.e., turmeric, aloe vera and ginger).”

As a result, he notes that he expects it will be a spirited fight between brands that are identified as probiotics, kombucha or refrigerated shots, as well as continued hybridization across category lines.