Rising consumer health consciousness in recent years has boosted the demand for functional beverages because of their potential to reduce the risk of health issues and boost overall wellness. In the midst of this growing awareness, dietary fiber has become a large part of this category for its potential to support digestion, immunity, coronary artery health, glucose metabolism, cholesterol reduction and blood lipid regulation, experts note. However, fiber is just one of digestive health solutions in which consumers can utilize. Ingredients such as prebiotics, probiotics and postbiotics are becoming better-known and therefore experiencing a proliferation in functional food and beverage formulations.

Holly McHugh, marketing associate at Niles, Ill.-based Imbibe, says demand for beverages with gut-friendly ingredients such as probiotics, prebiotics and other types of dietary fiber is growing.

“There’s been a lot of hype from researchers, media and lifestyle bloggers about the importance of a healthy microbiome for overall well-being,” she says. “This has generated substantial demand for products that aid digestion.”

“Understandably, current conditions have sparked unprecedented interest in and awareness of the importance of immune support,” Green says. “Clearly, digestive and immune health are key concerns.” 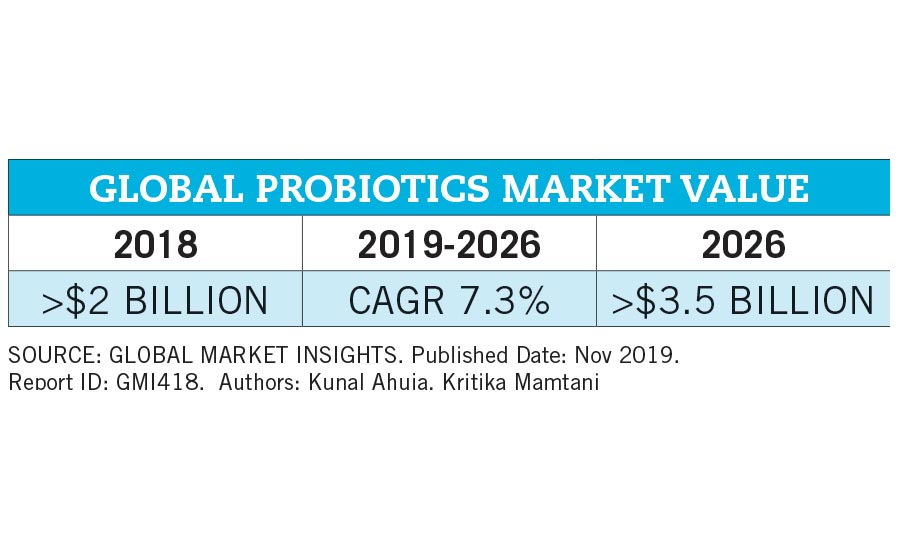 The case for fiber

With its importance commonly emphasized by general practitioners, consumers have a generally strong awareness about fiber and its benefits.

Kritika Mamtani, senior research analyst at Selbyville, Del.-based Global Market Insights (GMI), says consumers increasingly are aware of the benefits of fiber-rich diets, along with being concerned about the prevalence of nutritional deficiencies.

“The motivation for fiber intake varies with the age of consumers. The youth seek dietary fiber to ensure weight management, as there is significant awareness of its benefits in reducing obesity, such as regulating glycemic response and satiety,” she says. “Older consumers prefer dietary fiber for its digestive health benefits, such as improved gut health and normalized bowel movements.”

Marissa Barnes, marketing director for sweeteners and fibers with Chicago-based Archer Daniels Midland (ADM), says the company’s “Fiber Occasions” research study found that not only do 22 percent of all eating and drinking occasions involve the desire for fiber, but also that 63 percent of consumers are trying to add dietary fiber to their diet.

However, Sue Butler, technical category manager for nutrition, bakery and confectionary at Hoffman Estates, Ill.-based Tate & Lyle, notes that most are not consuming the recommended daily amount of 25 grams of fiber per day.

“This raises the question: how can we in the food and beverage industry improve this?” she says.

Kirstie Canine-Adams, senior scientist for global nutrition at Tate & Lyle, says the company has developed a soluble fiber that human studies have demonstrated could promote the growth or activity of specific bacteria, while limiting the growth of less-desirable bacteria and increasing the production of short-chain fatty acids.

“PROMITOR Soluble Fibre has superior digestive tolerance, as it resists digestion in the stomach and small intestine, passing into the large intestine for fermentation by the microbiota,” she says. “Tate & Lyle has been exploring its potential to support the immune system, which, along with the changes in bacterial composition it promotes, has been shown to have a beneficial effect on gut-barrier function.”

Adding to the mix

Other digestive health warriors that play well with both soluble and insoluble fiber are prebiotics, probiotics and postbiotics.

“Many consumers know that fiber can offer health benefits, but are less sure of the role of prebiotics, which are non-viable food components that confer health benefits on the host associated with modulating microbiota,” she says. “Clinical studies have shown that Fibersol dietary fiber, which is highly soluble and can be used in a wide variety of beverage formulations, may support or maintain intestinal regularity, relieve occasional constipation, support gut health and nourish the intestinal flora essential for a healthy intestinal tract environment.”

Beyond prebiotic fiber, ADM says that postbiotics are well-situated for growth in the beverage category. Postbiotics  are bioactive compounds produced by food-grade microorganisms during a fermentation process, and include microbial cells, cell constituents and metabolites, Embria’s Green explains.

Green says the company has partnered with food and beverage-makers to develop a postbiotic called EpiCor, and along with Cargill’s application expertise, Embria’s food scientists are learning how to best formulate EpiCor into beverages.

“While relatively new to the beverage industry, EpiCor is a science-backed postbiotic 2 fermentate,” he explains. “Over a dozen published studies, including eight human clinical trials, support EpiCor’s health benefits related to digestive and immune support by beneficially modulating the gut microbiota.

Because EpiCor is not a live organism, it can offer manufacturers stability while boasting a three-year shelf life, Green explains. The postbiotic ingredient also is highly heat stable and can handle varying pH levels, so it can be formulated into a wide variety of foods and beverages,” he continues.

ADM also produces a postbiotic called BPL1, which contains bacteria strains that are no longer living.

“BPL1 can deliver many of the same metabolic health benefits as probiotics,” Barnes says. “It also retains efficacy in harsh manufacturing conditions such as pasteurization.” 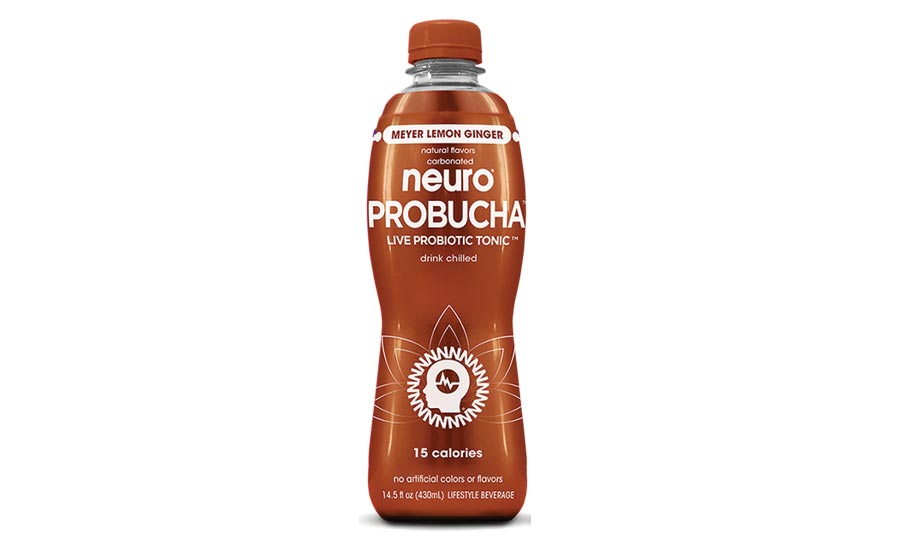 Click image for larger version
Launching nationwide at Walmart in April, PROBUCHA combines probiotics and kombucha in a lightly carbonated, shelf-stable probiotic drink that is naturally flavored with Meyer lemon and ginger that not only tastes great but can help in digestion, the company says. (Image courtesy of Neuro Brands LLC)

As beverage manufacturers look to incorporate digestive health ingredients into their formulations, experts note that a variety of beverage applications can support this delivery system. According to an April report from New York-based Beverage Marketing Corporation (BMC) titled “Probiotic Beverages in the U.S.,” the ready-to-drink (RTD) probiotic beverage market in the United States has displayed fairly significant volume growth the past seven years, although deceleration in that has emerged as of late. The report highlighted the various brands and categories dominating the RTD probiotic beverage market, including drinkable yogurts, kefir, juice, water and kombucha.

One of the early delivery formats for probiotics is kombucha, which has seen its consumer base grow thanks to its various product attributes.

Hannah Crum, founder and president of Kombucha Brewers International, Beverly Hills, Calif., says that, as a nutrient-dense food teeming with living probiotic organisms, healthy acids and trace amounts of nutrients in living form, kombucha is excellent for supporting digestion. In addition, kombucha has less than one-third of the sugar commonly found in soft drinks.

“Kombucha’s popularity and sustained double-digit growth in both the natural and conventional channel is an indicator of consumer’s desire for probiotic foods and offers an alternative to yogurt for those who may be dairy sensitive,” she says. “The billions of microbes in each batch of kombucha, along with probiotics, trace vitamins and organic acids provide nutrients to your body in a living form so your body can access them immediately,” she says.

Getting it “just right”

Whether it’s naturally occurring gut-benefiting ingredients or those developed specifically for “playing well” in food and beverage, there is no shortage of options for consuming fiber or the vast range of pre-, post- and probiotics.

“There are an increasing number of customers seeking prebiotics for their health benefits, such as reduced risk of heart disease, enhanced immunity and weight management,” GMI’s Mamtani says. “Nutraceutical manufacturers should offer a diverse range of prebiotic products to cater to consumer demand for high-fiber, low-carbohydrate diets.”

However, along with variety and successful applications comes minor formulation challenges.

“Consumers told us they wanted something sweet, made with real fruit, but no sugar, stevia or artificial sweeteners. That wasn't easy to come up with a formula that meets all of these demands,” says Max Dresse, chief executive officer of New York-based Bellway Fiber. “[Bellway’s] natural fiber supplement is made with organic psyllium as the main source of fiber because studies have shown that it's the only naturally occurring prebiotic that is non-fermentable, along with real fruit.” 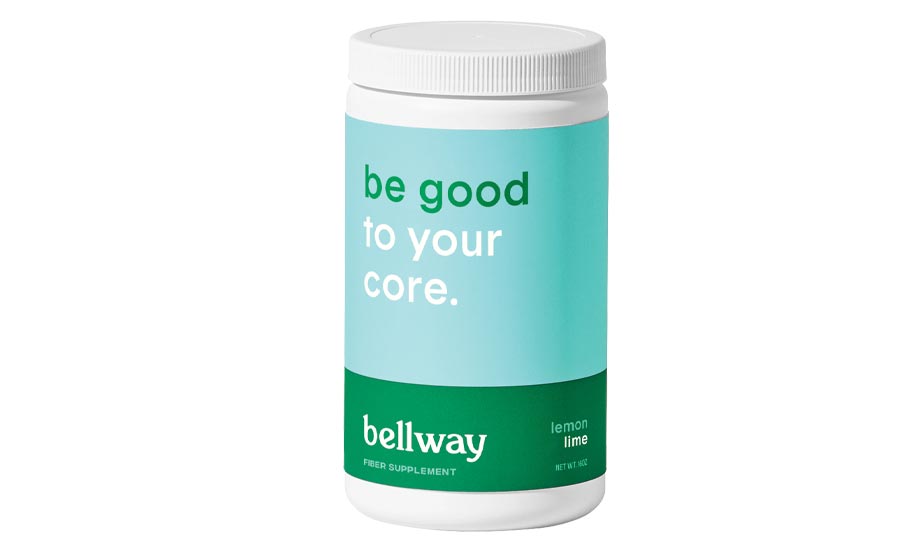 Click image for larger version
Bellway’s natural fiber supplement is made with organic psyllium as the main source of fiber, a naturally occurring prebiotic that is non-fermentable, the company says. (Image courtesy of Bellway)

Imbibe’s McHugh says that some fiber-rich ingredients have offnotes that require masking by flavoring with modulating properties or sweeteners. Brands planning on developing probiotic beverages should work with an ingredient supplier to understand different strains and determine how many probiotics should be incorporated to ensure efficacy after processing, she explains.

“Degradation of probiotic levels can occur while a product is in distribution and on-shelf, so it’s important to perform shelf-life studies and measure the actual amount that will reach the consumer,” McHugh says.

“When formulating with fiber, you typically replace sugars or sugar syrups, which provide functionality to foods beyond just sweetness,” Tate and Lyle’s Butler says. “It’s important to build back texture and taste that consumers expect. Our full toolbox of ingredients, including our fibers along with allulose, high-potency sweeteners and starches, help our customers create or maintain taste and texture that consumers love.”

As consumers grapple with today’s unique health landscape, interest and demand for products that support immune health will increase in the weeks and months ahead, Embria’s Green says.

“The importance of a healthy immune system is likely to gain a higher profile, bringing new consumers to the category,” he says. “However, consumers also will be seeking products backed by research.”

According to ADM research, fiber already is well-positioned for this as 62 percent of consumers sought it out as a top ingredient, a 6 percent increase from 2013 to 2019.

“Consumers are increasingly interested in living a healthy lifestyle and view diet as a crucial component of overall health and wellness,” Barnes says. “As such, beverages containing functional fiber are well-positioned to win the approval of wellness-focused consumers.”

While it might be a lot to digest, innovators in the ingredient and beverage space are developing gut-benefiting products to help promote our healthy “culture.”