OXIGEN bubbles over with growth

A pH-balanced water with electrolytes boosted with oxygen, OXIGEN named Curry and West as the global face of the brand in August and October, respectively, the company says. 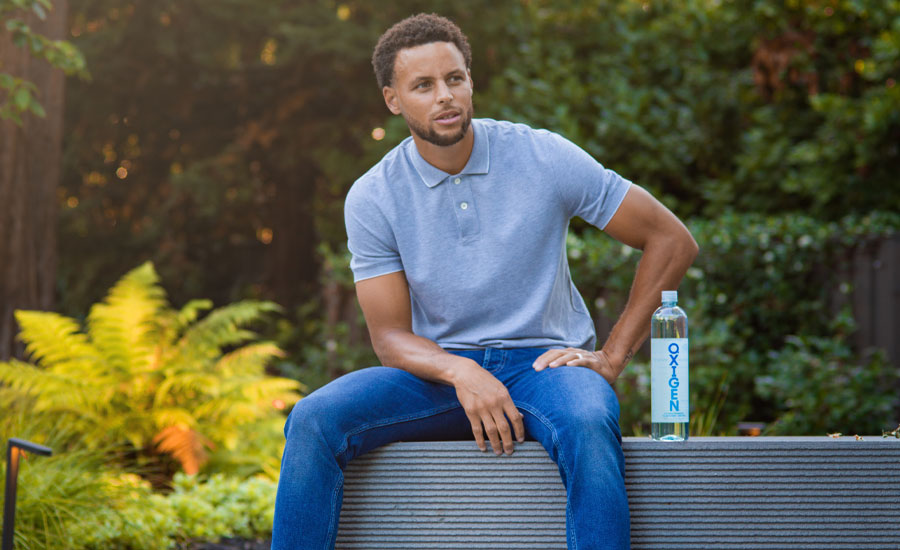 Founded in Vancouver, British Columbia in 2014, OXIGEN is headquartered in Canada and Los Angeles. Bentham notes that the past several months have been particularly busy for the company that offers consumers and athletes oxygenated water designed to increase exercise recovery and flush toxins out of the body.

In a statement, Curry said: "I’m constantly searching to do things the right way, on and off the court. Whether it’s playing basketball, raising children, or building businesses, I always want to challenge the status quo and become a better version of myself. OXIGEN offers the best in product and the best option in sustainability for our planet. I couldn’t be more excited to join the team as an owner, and to contribute in this next stage of hyper-growth.”

As the youngest player to qualify for a USGA amateur championship at age 10. West turned pro at age 15, won five LPGA titles, including the U.S. Women’s Open in 2014, and battled through wrist and hand injuries, embodying the OXIGEN ethos of Recover + Rise.

With oxygen playing an important role in faster recovery, West says she’s felt the benefits of OXIGEN in her daily routine. “As a professional athlete, being in tune with your body is an essential part of success,” she says. “Now as a new mom [to daughter Makenna], I feel more dialed into my health and wellness than ever before. I’m excited to help share the stories of moms and women everywhere with OXIGEN.”

In addition to Curry and West serving as co-owners and board advisors on OXIGEN’s team, the company received another boost: $15 million in Series B funding. The slate of new investors including business leaders, multi-platinum recording artist Brett Eldredge and five-time Cleveland Cavaliers’ All Star Kevin Love.

”We feel so fortunate to have the support of such exceptional investors, people who are at the very top of their fields,” Bentham says. “We have a powerful product with tremendous growth potential. We’re honored that our investors believe in that potential and are joining the OXIGEN team to propel the brand forward.”

Noting that OXIGEN has grown 300 to 400 percent year-over-year over the past several years, the CEO says the company will use the proceeds of the Series B to build further brand awareness through increased marketing and to further scale national distribution.

“As  a young company, to have such a strong management team in place overseeing sales, marketing, logistics and manufacturing is unheard of in the beverage space,” said investor Anthony Pritzker, chairman and CEO of Pritzker Private Capital and managing director of the Pritzker Group, in a statement. “The fact that we control our manufacturing across the country and can meet the demands now, and well into the future for OXIGEN, all while delivering on quality, margin and scalability, puts OXIGEN in a position to capture significant market share.”

In September, OXIGEN launched a multi-million dollar media campaign celebrating the frontline workers who are helping communities Recover + Rise — inspired by the recovery benefits of water boosted with oxygen, as well as rising to environmental challenges by using 100 percent recycled plastic, the company says.

OXIGEN’s new media campaign features the stories of five everyday heroes: Allyson, a frontline nurse who treats every patient the way she’d want her family to be treated; Han, a frontline journalist who serves as a vital bridge for immigrants; Rosemary, a frontline flight attendant who lost her father to COVID-19; Shay, a frontline teacher who is there for his students while also homeschooling his son; and James, a frontline transit driver and Marine. Those interested in these stories can learn more about these essential workers’ stories at drinkoxigen.com.

To champion the causes and charities of its everyday heroes, among the nonprofits that OXIGEN is supporting include a church that provides food pantries and financial hardship assistance and a crisis center which supports people in emotional or psychological distress.