The catchy marketing slogans advertising dairy milks – including “Got Milk?,” “Milk, it Does a Body Good” and “Milk our Diet” — were designed to entice consumers to enjoy the dairy-goodness of milk. However, sales of dairy milks had fallen 22 percent from 2014-2019, states Chicago-based Mintel’s October 2019 “Milk and Non-Dairy Milk, US” report.

Yet, due to the pandemic, consumption of milk, coffee creamers and plant-based alternatives such as almond milks and oat milks by at-home workers and schoolchildren has contributed to stable growth for sales in the $16.3 billion dairy milks category. Additionally, milk sales generated a 7.8 percent increase in multi-outlets and convenience stores for the 52 weeks ending Sept. 6, according to data from Information Resources Inc. (IRI), Chicago. 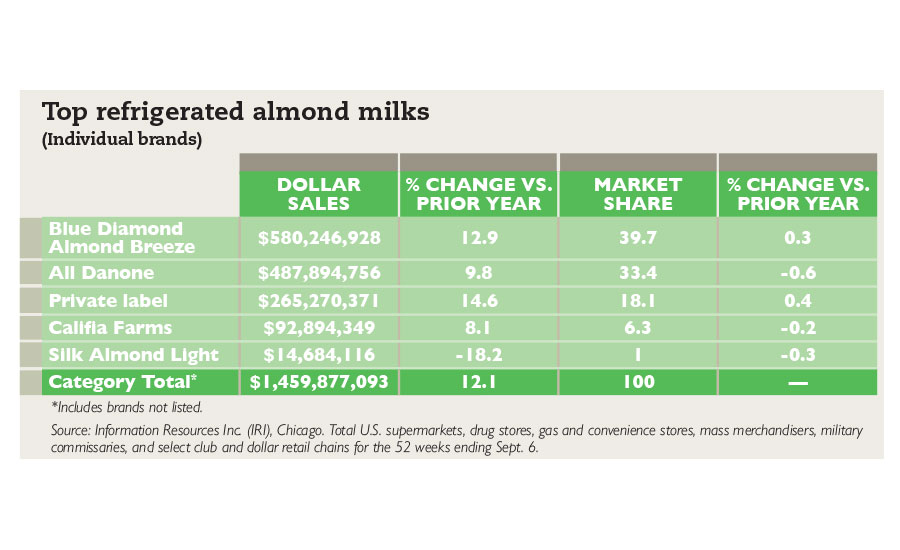 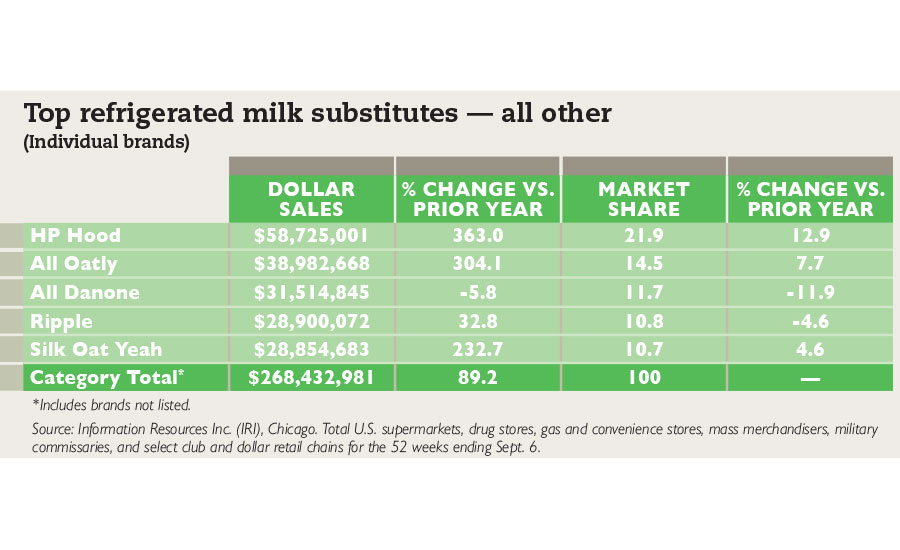 Also citing the rise in at-home consumption, Yin Woon Rani, chief executive officer (CEO) at MilkPEP, Washington, D.C., notes positive sales at retail are driven by the fact that 72 percent of moms said milk was a “must-have” during the pandemic.

“While consumer behavior and shopper dynamics have begun to return to normal in recent weeks and months, shoppers continue to buy milk at rates not seen in years, with milk sales at retail up about 3 percent year-to-date (YTD), according to September data from IRI,” she states. “We’re also seeing growth across the category with whole milk, organic milk and value-added milk sales up 6.7 percent, 9.7 percent and 13.6 percent YTD, respectively.”

Jeff Crumpton, retail solutions manager at SPINS LLC, Chicago, points to the ascension of kefir within the dairy milks category. “Kefir has grown 2.6 percent to reach $481,675,382. While this is only a fraction of the overall liquid dairy market, kefir has contributed 40.9 percent of the growth of the refrigerated drinkable yogurt category.

“Drinkable yogurts have grown 3.1 percent to reach $951,108,307,” he continues. “They’re only contributing a small percentage of the growth due to the fact that the category is much smaller than milk categories.” 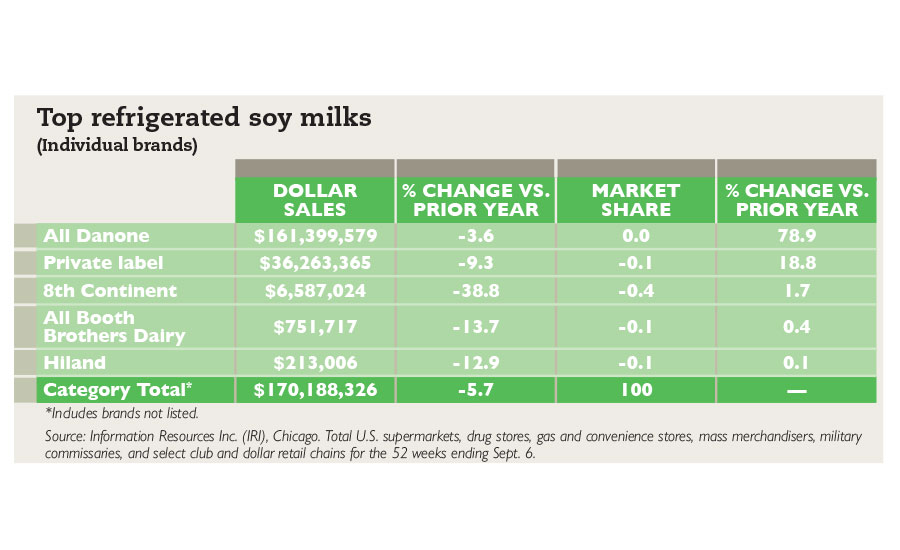 He also touts the diversity of flavor options. “While plant-based dairy alternatives flavors typically include plain or ‘original,’ vanilla and chocolate, kefir and yogurt incline toward incorporating fruit, especially berries: strawberries, raspberries, blueberries and so on,” he says.

The power of plants

Although liquid dairy has experienced an uptick this year, it is not the only market seeing a bump in sales. Plant-based alternative milks such as almond milk, soy milk and oat milk, both refrigerated and shelf-stable, are popular in the alternative milk space. Yet, sales of all plant-based milks combined comprise just a tenth of the size of dairy milks’ sales, MilkPEP’s Rani notes.

For the first time, oat milk has surpassed soy milk on the consumer preference scale as it offers heart-healthy benefits and is high in certain soluble fibers, says Madelyn Franz, cross-category research analyst at Mintel.

“Oat milk isn’t a fad. It’s also considered to be more similar to dairy milk than other alternatives, in terms of both taste and texture, which could improve its positioning as an ingredient in cooking or baking,” Franz says. “Beyond that, oats are one of the most sustainable bases for non-dairy alternatives. Compared to almonds, they require less land and water to produce.

“… Over the last year or so, major brands like Chobani have invested in oat-based product lines. It’s made its way into other food and drink categories — RTD coffee and creamers, yogurt, ice cream. As interest in plant-based or flexitarian diets continues to grow, oat milk will gain traction with shoppers. That said, crowding on the shelves will be a challenge, as it’s been for the entire dairy/non-dairy category.”

With competition high, SPINS’ Crumpton notes “a flurry of innovation” in the dairy alternatives space, especially as it grows and matures.

“For those vegan consumers that were looking to avoid dairy products, soy was the only alternative for a long time, and now that there are other options, natural consumers, always curious, reach for something new,” he says. “Dairy alternatives started off as shelf-stable products, but now many are refrigerated. When shoppers see these dairy alternatives right next to regular milk, it’s possible that they’ll decide to go with plant-based.”