The 4th World Meeting of the Adult Danube Swabian Cultural Groups including my adult German Donau dance group met for a unique cultural immersion in Baja, Hungary, and Hatzfeld, Romania, which featured cultural programs, singing, dancing, new friendships and an exposure to new wines, beers and lots of schnapps.

We experienced our first taste of Hungary’s national drink while touring the Unicum Distillery. Founded in 1892, the six-generation distillery produces Hungarian herbal liqueurs and bitters typically drank as a digestif and apéritif. Produced by Zwack according to a secret formula of more than 40 herbs and spices that are distilled, macerated and blended together and aged in oak casks for more than six months, Unicom Original is a 40 percent alcohol-by-volume (ABV) herbal liqueur bottled in a distinctive round bottle emblazoned with a large cross to accentuate its medicinal properties.

At a smaller schnapps distillery in Mohács, we saw how schnapps is made using copper kettles with mash boiled to 79 degrees Celsius before cooling down and undergoing a second distillation process. More than 40,000 liters of the 46 percent ABV schnapps is produced annually and is available in six flavors: Sour Cherry, Plum, Grape, Peach, Pear and Apricot.

Wine and beer also were in ample supply. Known as the “town of wine cellars,” the tiny town of Hajós (population 4,000) consists of 1,200-1,300 wine cellars on 24 streets located in the village. Since the 1700s, wine has been produced in Hajós, which is famous for its red wine made from Kadarka. Today, the region also produces Blue Frankish, Canernet Franc, Cabernet Sauvignon, Zweigelt, Pinot Noir and Riesling.

Alcohol beverages aside, every place we dined in Hungary, which is famous for its paprika and goulash, featured large bottles of sparkling, fizzy seltzer water on tables. Even the traditional Diet Coke tasted differently as it did not contain artificial sweeteners. 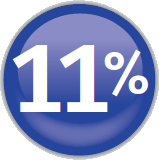 Among refreshment beverages, ready-to-drink coffee is one of the top volume share gainers in the past five years, growing from 10.5 percent in 2012 to a projected 11 percent in 2017.