Interestingly, for the first time, smaller companies with revenues less than $1 billion represented 50 percent of new product launches, the report states. The most successful brands emphasize wellness, indulgence and convenience. Beauty products bested other categories, with 28 products in all, it adds.

“The majority of 2018 New Product Pacesetters addressed at least one of the overriding themes we’ve observed over the past few years,” said Joan Driggs, IRI’s vice president of Content and Thought Leadership, in a statement. “They’re upping the consumer experience, delivering against expectations and addressing simplicity, either with ingredients, convenience or sustainability.”

Two beverage brands are among the 2018 Top 10 New Product Pacesetters. Gatorade Flow ranked No. 4, while Mountain Dew Ice landed at No. 7 on the list with total year-one dollar sales of $78.1 million and $59.9 million, respectively, in IRI-measured multi-outlet channels.

Regardless of annual revenues, the market research firm suggests that companies of all sizes continue to post declining numbers. For example, in 2018, companies with sales between $1 billion and $5 billion were responsible for 27 percent of products and 19 percent of revenues, as compared with 35 percent and 26 percent five years ago, respectively, it states.

Despite revenues of Pacesetter winners shrinking by $3.4 billion between 2012 and 2018, total 2018 first-year sales grew 1.7 percent in 2018 following increases of 1.2 percent in both 2017 and 2016. This reflects improved understanding of consumer behaviors and continual interest in new products, the report states. It also notes that seven of the Top 10 2017 New Product Pacesetters maintained or increased sales in year No. 2. 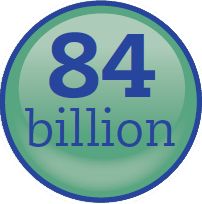 On a given day, more than one half of the American population drinks tea, with 75-80 percent opting for iced over hot. In 2018, Americans consumed more than 84 billion servings of tea. When it comes to their beverage of choice, nearly one-quarter (22 percent) of Americans could not survive Monday morning without their daily fuel — tea.

— Survey from the Tea Council of the USA on behalf of National Iced Tea Month in June
KEYWORDS: Gatorade health and wellness Mountain Dew