In “The Impossible Dream” (“The Quest,”) the signature tune in the 1965 musical “Man of LaMancha,” the song extols the “mad” knight Don Quixote “to dream the impossible dream, to fight the unbeatable foe, to bear with unbearable sorrow, to run where the brave dare not go” in his quest to “reach the unreachable star.” When it comes to beverage fortification, beverage-makers have embarked on their own quest to provide consumers with functional cognitive performance and energy, and ingredient suppliers ensuring brand owners have more options that will support these dual benefits.

Several trends are influencing the use of cognitive health and energy ingredients within beverages, experts note. These include increased awareness of overall wellness due to the Internet and social media, improved research and proof of efficacy of functional ingredients, and the rise of nootropics to enhance cognition and memory and to facilitate learning.

“The 2018 Gallup Cognitive Health Survey reported that consumers’ confidence level in food and beverages formulated for brain health has increased from 37 percent (2014) to 41 percent (2018),” says Elyse Lovett, senior marketing manager at New York-based Kyowa Hakko USA. “It also reported that four out of five adults are interested in trying a functional food or beverage that has a cognitive health benefit.”

“ … Energy ingredients (such as caffeine) have long been a fixture in formulations for weight management and sports nutrition,” she continues. “In the last 24 months, we have seen cognitive ingredients begin to work their way into these formulations.”

Improving the workout experience by enhancing focus and mood is the concept behind the inclusion of energy- and memory-boosting ingredients, Davis adds.

“Some of the science around MCTs supports the ability to concentrate,” Phillips says. “We are seeing and developing more MCT emulsion and powder products to capture the growing trend about the benefits of MCTs, specifically coconut MCTs. This is an area which can potentially achieve both cognitive and energy benefits.” 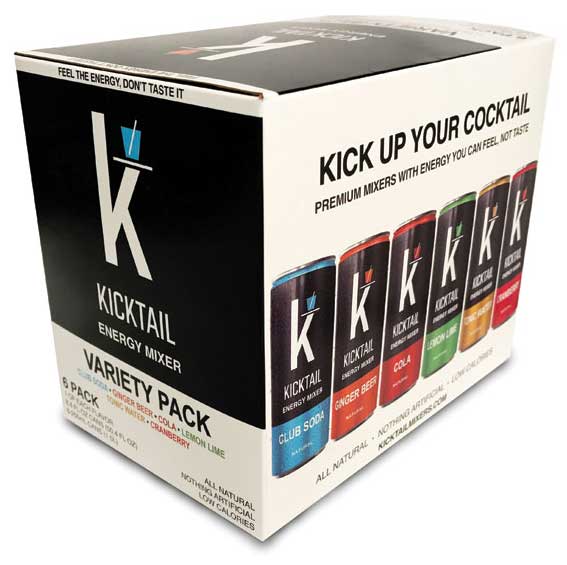 “Caffeine is one of the most common stimulants consumed worldwide and can originate from both plant-based and synthetic sources,” Zapp explains. “Plant-derived foods such as coffee beans, tea leaves, guarana, cocoa beans, kola nuts … and holly species of guayusa or yerba mate all contain caffeine.”

Although the average U.S. consumer will drink around 240 mg of caffeine per day, most don’t realize that not all caffeine sources are created equal in terms of body response and overall effect, Zapp says.

“Caffeine will interact with neurotransmitters in the brain and has been shown to have both therapeutic and harmful effects,” Zapp explains. Consuming traditional forms of caffeine may provoke an increase in epinephrine, the “fight or flight” hormone, which could occur after having too many cups of coffee, he adds.

Zapp notes that new innovation and discovery has driven more research into the natural, plant-based guayusa, which is grown on holly trees in the Amazon Rainforest. Conducted by Applied Food Sciences, a 2016 base study comparing guayusa leaf extract with coffee and a control caffeine found that guayusa leaf extract stimulated a significantly lower increase in epinephrine compared with the control or coffee.

As an ingredient, guayusa is growing at a compound annual growth rate (CAGR) of 14 percent through 2022, with 69 percent coming to North America and being used within beverages, Zapp says, citing a 2018 report from England-based Technavio.

According to Chicago-based SPINS, natural energy is growing 16.2 percent versus a 1.8 percent growth for other energy ingredients.

Building on results from its 2016 study, the company is actively exploring the relationships between key biomarkers and guayusa leaf extract to help substantiate cognitive health claims. “We want brands to have the resources that can easily inform the consumer about how products using guayusa leaf extract will differ from their caffeine sources,” Zapp explains. “We are looking forward to [sharing] these results in the upcoming future.”

Second to heart disease, cognition issues are top of mind among U.S. adults. Citing data from the Natural Marketing Institute, Holly McHugh, marketing associate for Niles, Ill.-based Imbibe, notes the importance of cognitive health has risen sharply, growing from 61 percent in 2005 to 74 percent in 2017.

“Cognitive health beverages are an emerging category that has a lot of potential,” McHugh says. “In addition to giving consumers a boost to help with day-to-day productivity, they’re suggested to help maintain or improve cognitive function over time.”

In the market, Synapse and FocusAid are among the products that might aid with cognitive function and improve energy, McHugh says.

Mountain Dew Amp Game Fuel, a brand of Purchase, N.Y.-based PepsiCo Inc., is set to launch nationally this year, but pro gamers got a sneak peak of the beverage during the Call of Duty World League competition in Las Vegas this past December.

The sparkling beverage contains Suntheanine, an ingredient manufactured by Minneapolis-based Taiyo International Inc., which has been shown to improve focus, attention and mental clarity, says Derek Timm, technical sales director. “It also has a relaxing benefit that you can feel within 20 minutes after consuming,” he says. The ingredient also is GRAS, non-GMO, kosher and gluten free, he adds.

To keep up with consumer demand, more ingredient suppliers are including cognitive health ingredients as part of their portfolios. For example, Kyowa Hakko USA offers its scientifically proven Cognizn citicoline that supports mental energy without the associated jitters of caffeine, Lovett says. The ingredient is stable, soluble, tasteless, GRAS and works well in beverage applications, she adds.

City of Industry, Calif.-based AIDP Inc. offers its flagship Magtein, a proprietary magnesium l-threonate that not only slows down the cognitive effects of aging, but actually reverses the process, says Lauren Clardy, vice president of branded ingredients.

“Magnesium is an essential cofactor for over 300 systems that regulate biochemical reactions in the body, including brain and nervous system function,” Clardy explains. “However, in order to be effective for brain health, it has to be able to actually reach the brain. … Magtein is the only magnesium compound that has been shown to effectively raise the brain’s magnesium levels.”

In a randomized, double-blind, placebo-controlled trial, Magtein supplementation for 12 weeks resulted in “significant improvements” in memory, stress and anxiety in middle-aged and older adults, with a 10 percent improvement in Trail Making Test Part B (TMT-B), a clinical assessment that evaluates attention, motor speed and impulsivity, Clardy adds.

Engaged in both the cognitive health and energy arena, PLT offers a range of science-backed ingredients. These include the patented Zembrin Sceletium tortuosum and Synapsa Natural Memory Support, which represent two distinct needs in the cognitive health market, Davis says.

Marketed to nutraceutical and functional food and beverage-makers, Zembrin experientially supports calmness, enhanced mood and improved cognitive function. PLT Health Solutions, in partnership with HG&H Pharmaceuticals Pty. Ltd., studied the effects of acute short-term supplementation using Magnetic Resonance Imaging and Zembrin to study the “threat circuity” of the human brain on 16 healthy college students. “[It] showed that 25 mg of Zembrin reduced anxiety-related activity of the amygdala and its associated anxiety circuity within two hours of administration.”

For instance, the zümXR extended release caffeine is designed to provide long-term energy without the unpleasant effects associated with many caffeine products, she adds.

To help meet the real world needs of consumers interested in peak performance, mental clarity, health and wellness and quality of life, the release of new products for cognitive health and energy support will continue to require investment and creativity.

In fact, the cognitive health market experienced sales of about $1.4 billion in 2015, which is far less than markets for joint health and heart health, Davis says.

Developing trust and credibility with consumers and offering science-backed product will be key to future success.

“The investment will involve creating strong, high quality, transparent ingredients and solid science to support them,” PLT’s Davis says. “… There is an educational opportunity and need to power brain function and physical prowess.” BI

Growth of functional beverages increases use of cognitive health ingredients