In his song “Let it Grow,” Eric Clapton sang about how love is so lovely, so one must “let it grow, let it blossom, let it flow.” When it comes to grocery retailing, analysts are seeing how consumers’ desire for better-for-you food and beverages have contributed to the growth of the natural and organic retail channel.

According to Chicago-based SPINS exclusive natural channel, the channel recorded an 8.5 percent growth during the 52-week timeframe ending Aug. 12, accounting for nearly $9.2 billion in sales during that time. The SPINSscan Natural tracks sales of all UPC-coded products sold in the natural supermarket channel. Exclusive to SPINS, this channel represents full-format natural product supermarkets including large associations like the National Cooperative Grocers (NCG) and the Independent Natural Food Retailers Association (INFRA), small- to mid-sized chains, and independent and cooperative stores across the continental United States. The data excludes Whole Foods Market.

The growth in the natural channel comes as it is seeing 62 percent of U.S. grocery shoppers include natural and organic grocers as part of their shopping routines, based on data from Chicago-based Mintel’s July report titled “Grocery Retailing – US.” The market research found that 12 percent of shoppers indicate they are shopping organic and natural grocers more in 2018 than a year ago. However, Mintel also found that 15 percent indicate they are frequenting the channel less often than a year ago.

Among the approximate three-fifths of shoppers that frequent natural and organic retailers, cost of goods could be one of the more notable reasons. Following the acquisition of Whole Foods Market stores by Amazon last year, analysts note the impact this is having on dollar and cents.

Amazon’s acquisition was finalized in August 2017 and has since seen various pricing strategies and tactics unfold during the past year.

“While the effects of the partnership are still being realized, they have been plentiful to date, with more disruptive changes undoubtedly coming,” Mintel’s report states. “A key area of focus thus far has been Amazon’s integration of its Prime benefits to Whole Foods shoppers. The company is hoping that the perks will get more Prime members shopping at Whole Foods, and get existing customers to shop more frequently.”

Marking one year since the companies merged, Whole Foods Market highlighted the benefits consumers are receiving.

“It’s never been a better time to be a customer at Whole Foods Market,” said John Mackey, co-founder and chief executive officer of Whole Foods Market, in a statement. “Customers have already saved hundreds of millions of dollars, so whether it’s better prices on your weekly shop, saving time through delivery from Prime Now or taking advantage of incredible weekly deals for Prime members, the overall customer experience is richer and more seamless than it’s ever been.”

Following the acquisition, prices were lowered on hundreds of items for all consumers, while Amazon Prime members were eligible for additional discounts as well as exclusive savings in stores, according to the company. Through Amazon Prime Now, Prime members also can utilize grocery delivery in various cities and curbside pickup in select markets.

“Making Whole Foods Market’s natural and organic foods more affordable and accessible without compromising the industry-leading quality that shoppers trust has been a top goal since the beginning,” said Jeff Wilke, chief executive officer of Worldwide Consumer for Amazon, in a statement. “In just one year, we’ve made significant progress bringing the combined value of Whole Foods Market and Amazon together.”

The following are specific programs launched since the August 2017 acquisition:

In order to drive more traffic to stores, Amazon might incorporate mainstream SKUs; however, Mintel cautions what the move could invoke.

“Looking ahead, Amazon is considering adding popular consumer packaged goods (CPGs) like Coca-Cola to Whole Foods stores in an attempt to attract new customers,” Mintel states. “While this could be one effect, it’s risky in that it could also very well turn off current customers who think it detracts from the brand’s position of banning food containing artificial preservatives, colors, flavors, sweeteners and hydrogenated fats.”

Although implementing legacy brands could be a strategy to encourage fringe consumers into natural and organic retailers, data shows that the original founding of this channel still showcases growth potential. 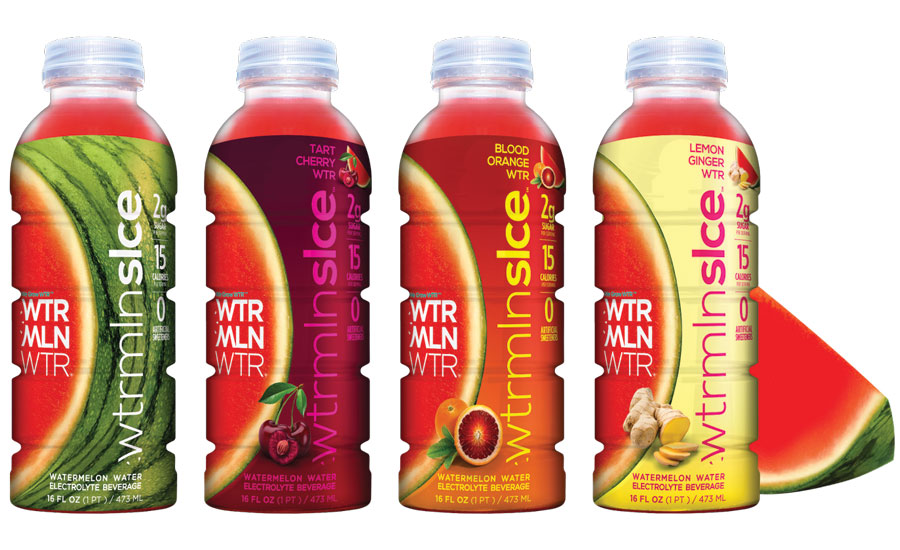 Plant-based positioned products grew 23.6 percent in the natural and organic channel compared with the prior year, based on SPINS data. (Image courtesy of World Waters LLC)

However, organic and naturally positioned products aren’t the only SKUs registering growth. Paleo products were up 57 percent in the natural channel compared with the prior year, Kawa notes. Additionally, plant-based and labeled vegan also recorded double-digit growth of 23.6 and 13.8 percent, respectively. Non-GMO claims experienced near double-digit growth with sales up 9.5 percent compared with the prior year, Kawa says.

For the beverage market, it is the ready-to-drink (RTD) products that have experienced success within the natural channel, Kawa says.

“Many brands in these segments have been innovating with trending functional ingredient additions, including traditional medicinal herbs/botanicals, animal and/or plant protein, essential fatty acids, probiotics and more,” Kawa continues. “There are many ways to differentiate on flavor and function in these segments. Marketing toward a diet tribe, special diet or functional ingredient benefit could grab consumers’ attention.” BI