Returning for the fifth consecutive summer, Share a Coke announces a new spin on the popular campaign, adding more beverages, packages, experiences and sharing opportunities. “Share a Coke has become a rite of summer for our fans,” said Jaideep Kibe, vice president of the Coca-Cola brand for Coca-Cola North America, in a statement. “The campaign’s annual return is a social marker on the calendar, as we welcome new adventures, new friendships and new memories. This year, we’re focusing on the role Coca-Cola plays in the special summer moments we share with others. We wanted to tap into the meaning behind shared experiences more so than just names.” Newly featured on the bottles are name labels that are peel-off stickers, which reveal Coca-Cola’s Sip and Scan codes that instantly unlock chances to win prizes including a free Coke, amusement park passes and baseball tickets. More than 1,100 first and last names on 20-ounce bottles have been added to seven Coca-Cola products, which also feature limited-edition patriotic packaging. 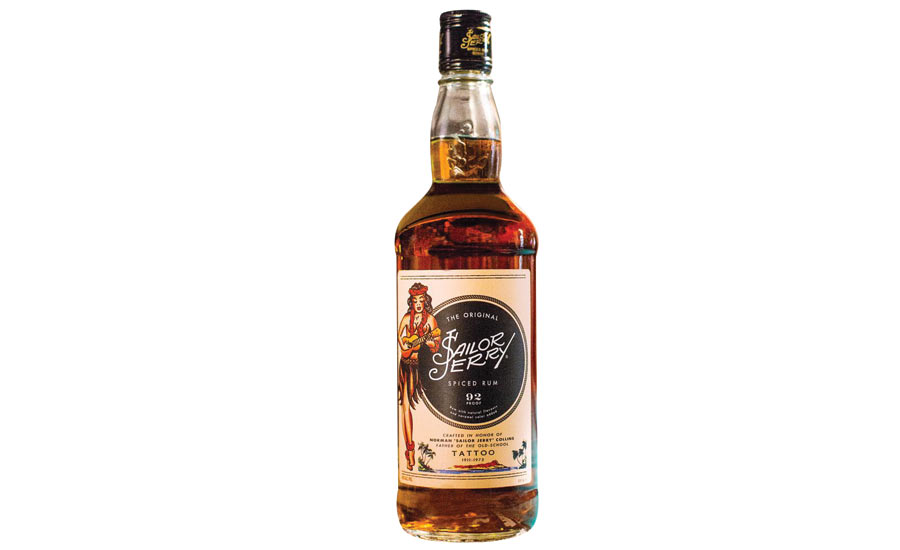 Sailor Jerry Spiced Rum unveiled a newly redesigned bottle that features an increased presence of Norman Collins’ signature style hula girl. The retouched label also will showcase Collins’ famous calling card, Hawaii and Diamond Head. Created to honor the Father of American old school tattooing, Norman “Sailor Jerry” Collins, the redesigned bottle shows iconography and imagery that highlights the life and times of Collins, the company says. The revamped bottle portrays classic elements of Collins’ famous Hotel Street shop business card, with images of Hawaii and Diamond Head volcanic turf, it adds. The hula girl featured on the bottle, a signature piece of Collins’ tattoo artwork, represents the sailors that visited him in Hawaii during their time in the Navy. The back of the bottle includes Collins’ life story to honor his legacy and philosophy of living life on your own terms, the company says. Additional updates to the bottle include a larger Sailor Jerry logo, placed on a black circle background for bold visibility, it adds. 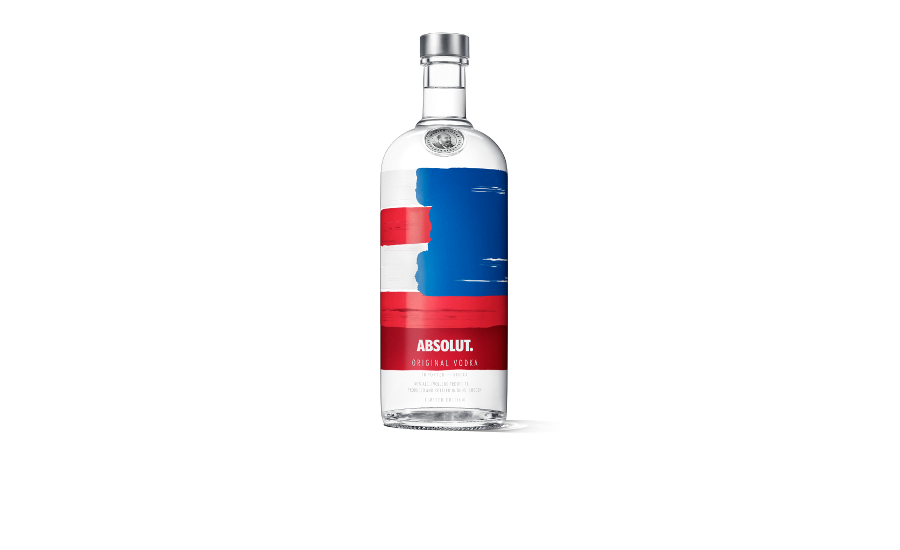 Absolut Vodka released a new limited-edition bottle: Absolut America. Absolut America celebrates its 40 years of history by adding to its collection of previous bottles inspired by parts of the country including Absolut Texas, Absolut Chicago, Absolut Brooklyn and Absolut Los Angeles. The red-and-blue-colored bottle launched nationwide in May and will be sold throughout the summer. With this release, Absolut teamed up with Keep America Beautiful (KAB), a nonprofit organization designed to inspire and educate people across the nation to help improve and beautify their communities, the company says. The brand also will donate $1 to KAB for every photo shared on social media with the hashtag #AbsolutAmerica. Domaine Bousquet, Argentina’s premier wine, has given its labels a new make-over.

Domaine Bousquet, Argentina’s premier wine, has given its labels a new makeover. As a family owned winery in the Tupungato sub-region of Mendoza’s Uco Valley, the restyling reflects the generational shift from French-born founder Jean Bousquet to son-in-law Labid al Ameri and daughter Anne Bousquet, the company says. “The punchier new look better communicates who we are today, along with the sense of energy and vitality attached to being a key player in the young, fast-evolving, super-exciting, emerging wine region of Tupungato,” Ameri said in a statement. The most significant design changes apply to Domaine Bousquet’s entry-level wines: three reds, three whites and a rosé. The labels depict the winery in bright pastel colors, which replaces the smaller, traditional black-and-white image that originally was featured on the bottles, it says. The pictured vineyards, winery and Andes Mountains pay homage to Domaine Bousquet’s high-altitude location, it adds. The winery tagline, Naturally Elegant Wines, also is prominently featured on the bottle along with the organic certification of the grapes. The Argentinian wines can be purchased in the United States for a suggested retail price range of $13-$25. Tecate Light introduced a new 7-ounce bottle 20-pack to its packaging selection of the premium imported beer. Launching this month, the new summer bottles will be available to consumers in Arizona, Texas, New Mexico and select areas of California.

Tecate Light introduced a new 7-ounce bottle 20-pack to its packaging selection of the premium imported beer. Launching this month, the new summer bottles will be available to consumers in Arizona, Texas, New Mexico and select areas of California. “Consumers know there’s nothing worse than beer that doesn’t stay perfectly chilled while you’re enjoying it, especially when it’s hot outside,” said Gustavo Guerra, Tecate brand director at Heineken USA, in a statement. “The 7-ounce bottle contains the perfect amount of beer to drink for all your upcoming summer celebrations. Available in a 20-pack, it’s perfect for at-home parties and gatherings all season long.” The new packaging is being supported by engaging point-of-sale displays in English and Spanish, on-premise sampling events, and halo support from TV advertising, the company says. “The new packaging is a relevant proposition for warmer climates and meets the needs of many on-premise accounts and events that lead to increased sampling opportunities,” Guerra said. 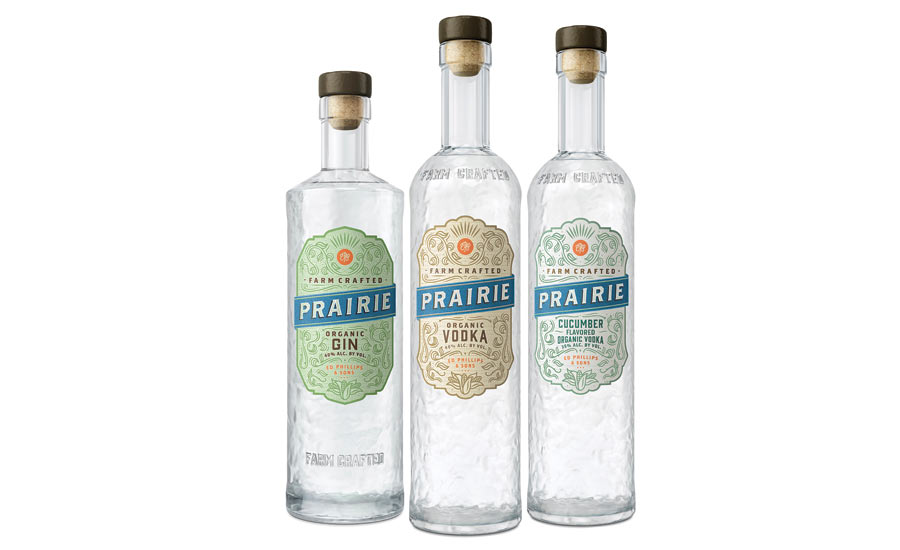 Prairie Organic Spirits debuted new packaging to showcase the company’s farm-crafted commitment. The revamped bottle includes a new bottle pattern and label inspired by the brand’s commitment to making high-quality organic spirits, the company says. The label showcases the farmers who grow organic corn that is free of harmful chemicals, gluten and GMOs, and includes the production process through which its organic vodkas and gin are distilled to taste, it adds. The craftsmanship of its farmers is represented through the bottle’s custom-hammered design and wooden cork cap. The label on each of the three varieties uses a combination of familiar and new colors, including earth tones and design elements representative of Prairie’s organic sourcing and farm-crafted commitment. The familiar blue denim Prairie logo banner unifies the family lineup, the company says. “For the past decade, we’ve developed strong relationships with local family farmers who work meticulously to meet high-certified organic standards. We wanted the spirit of this work ethic and our farm-crafted commitment represented in the new custom-hammered bottle design,” said Scott Meek, vice president of marketing for Prairie Organic Spirits, in a statement. “We’re also proud of the way our new bottle showcases Prairie Organic’s award-winning quality, and are confident this new look will help strengthen our presence in key retail environments,” he adds. The new packaging for Prairie Organic Vodka, Cucumber Vodka and Gin are available in 50- 375- and 750-ml bottles, and 1- and 1.75-liter bottles.