For mature beverage categories, producing year-over-year growth can be a challenge. For the U.S. spirits market, volume growth has allowed the category to increase not only its own yearly comparisons, but also gain market share from other beverage alcohol categories.

“When you look at its performance against the other categories, it’s done really well,” says Boris Oglesby, executive vice president and practice leader for Beer, Wine and Spirits at Chicago-based Information Resources Inc. (IRI). “In terms of dollar sales, spirits grew in 2017.”

For the 52 weeks ending Feb. 11 in IRI measured U.S. multi-outlets, spirit dollar sales were up 2.9 percent, he notes.

Case sales for the U.S. spirits market also registered solid performance in the past year.

Dollar sales also are expected to be on an upward trajectory. According to Chicago-based Mintel’s November 2017 report titled “Dark Spirits – US,” white and dark spirits are expected to increase 11 percent during the next five years, reaching nearly $68 billion.

“Dark spirits, especially, have experienced a boom in volume growth (23 percent over the past five years) as preferences shift toward premium and craft offerings,” the report states. “Whiskey, brandy and cognac have especially reaped the benefit of this as consumers have a preconceived perception that these are higher-quality liquors.”

BMC’s Schmidt highlights the positive impact that whiskies/bourbons have had on the overall category. “This segment of the market has been one of the key drivers of growth in the spirits market,” he says. “In 2017, straight American whiskey grew 5 percent, similar to rates posted over the last four years.”

“Consumption of U.S.-based whiskies remained most concentrated in domestically produced bourbon/other U.S. whiskey, which in 2016 achieved total volume growth for the fourth straight year,” he explains. “The continued growing interest in bourbon/other U.S. whiskey was fueled by the growing number of bourbon offerings made available by craft distillers and limited, special reserves of more-familiar household brand names.”

The increased number of whiskey brands is offering benefits to consumers and manufacturers, Penicka adds.

“For consumers it has had a positive effect, increasing the options they are provided at varying price points,” he says. “Increased consumer awareness has brought bourbon and other U.S. whiskies into better regard and granted the ability to stand up to Scotch whisky in quality and prestige. However, the proliferation has not come without consequence, creating difficulties for retailers and foodservice operators who must now expand and adjust offerings to cater to more adventurous consumers, much as they have done in response to the proliferation of craft beer.”

Consumer demand for bourbon has been a welcomed problem for the spirits market. Because of the popularity of this spirits segment, distillers are tasked with expanding operations to accommodate growing demand.

“There is massive growth in the American bourbon segment, and it’s had a profound effect on the industry,” IRI’s Oglesby says. “We’re finding that distillers have to really focus on how to expand their bourbon production. They’re building new barrel houses [and] distilleries, they’re hiring more workers, so there’s a tremendous economic impact as well. If you look at what bourbon is doing, and the key thing is here, the challenge that distillers have with bourbon, is you have to age it.”

He adds that because some bourbons are aged as long as eight to 10 years, distillers are evaluating the sustainability of bourbons’ growth as well as what capital expenditures to direct toward expanding the distilling and aging processes.

Although whiskey/bourbon is garnering its fair share of attention based on its performance, many spirit segments also are posting sales gains.

At its annual economic briefing, the Washington, D.C.-based Distilled Spirits Council reported that key growth segments in 2017 were American whiskey, up 8.1 percent, or $252 million, to $3.4 billion; tequila, which posted growth of 9.9 per-cent, or $246 million, to $2.7 billion; cognac, with gains of 13.8 percent, or $200 million, to $1.6 billion; and Irish whisky, an increase of 12.8 percent, or $114.8 million, to $897 million. Vodka, the category’s largest segment with volumes accounting for one-third of all sales, also had a respectable year as volume sales were up 2.2 percent and dollar sales increased 3 percent, bringing its total to $6.2 billion, according to the council.

The council also praised contributions made from high-end and super-premium spirits. Across most spirit segments, the strongest growth were from these type of products, according to David Ozgo, the council’s chief economist. Revenues across high-end premium and super-premium were up 7.1 and 6.1 percent, respectively, while volume for the price points increased 7.3 and 4.9 percent, respectively.

IRI’s Oglesby also notes the impact that premium-ization is having across the spirits market. “It’s basically revitalized spirits,” he says. “The category that you would look at within the spirits category would be whiskey, tequila and vodka.”

Oglesby says sales patterns in these segments signal consumers' changing preferences. “They are willing to pay a little bit more for products, either for the badge value or willing to pay more for, in their minds, a higher quality or premium-priced product,” he says.

“That just speaks to how consumers are trading up and buying up driven by premiumization,” he says.

In Mintel’s report, the market research firm points to the benefits that high-quality premium products have had on most dark spirit segments, as well as the opportunities that could emerge.

“Premium positioning and craft varieties are pushing the dark spirits category forward, mainly driven by whiskey and brandy,” the report states. “Dark/spiced rum appeals to consumers based on slightly different attributes with stronger perceptions of fun and good taste.

“While these are two driving attributes among younger dark spirit drinkers, the lack of association with high quality and unwinding show an opportunity for dark/spiced rum to increase its premium image,” the report continues. “Associations with combined high quality, fun and good taste will likely allow the segment to increase resonance with dark spirit consumers looking for something other than their favorite whiskey.”

Although the U.S. spirits market has its share of success stories, some aspects of the category remain challenged, experts note.

In relation to dark spirits, Mintel’s report highlights the gender gap when it comes to consumption of these products.

“Male consumers dominate the dark spirits market and the biggest gender gap occurs in whiskey consumption,” the report states. “Category growth is limited by the lack of women participating in the segment. Only 8 percent of women think whiskey/whisky is for someone like themselves compared to 22 percent of men, so a major challenge for brands trying to recruit female drinkers will be to make the category seem approachable.” 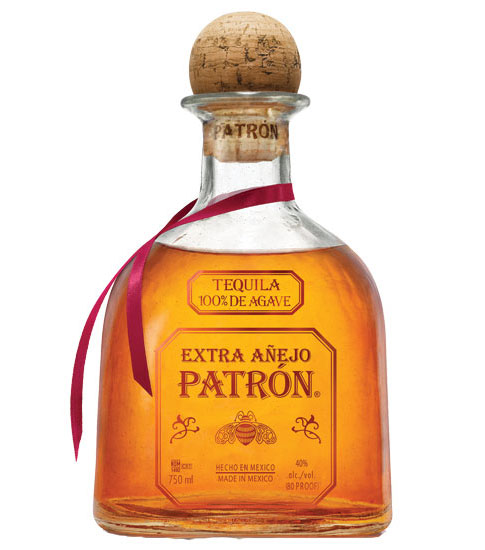 “Of all the various categories within spirits in the U.S., just two posted significant volume declines in 2016, bitters and other blended Scotch whisky,” Euromonitor’s Penicka says. “Other blended Scotch whisky was the only type within whiskies to decline in volume terms in 2016, as consumers continued to trade up from this typically budget-positioned type of drink.”

For bitters decline, Penicka points to the 2016 performance of Jägermeister, which saw a volume sales decrease in the United States. “Jägermeister has struggled as flavored whiskies like Fireball have edged it out as a preferred spirit for taking shots.”

BMC’s Schmidt notes that in 2017, blended whiskey sales were down again. Gin also had a down year. “Gin has pockets of growth, but overall trends for that segment have been stagnant for a long time with mainstream consumers not embracing the category. Blended whiskey has suffered from the strength of higher-priced straight American whiskey options,” he says.

The rum segment also experienced a challenging year, according to IRI’s Oglesby. Data shows dollar sales were down 1.4 percent; however, volume was still up. Cordials were down as well with sales declines of 1.6 percent in dollars, while case sales were down 3.5 percent, he says.

“My sense is the cordials are being impacted by pre-mixed cocktails because a lot of cordials are used as mixers and different drinks — appletini, those type of things,” he says.

“I think that the future look positive for spirits, with straight whiskey continuing to thrive and craft spirits still in its early stages, we foresee similar growth over the next five years,” BMC’s Schmidt says.

Euromonitor’s Penicka predicts a compound annual growth rate of 2 percent for the spirits category during 2016-2021. He adds that the market will be a strong performer for the overall beverage alcohol market. “The category of spirits is anticipated to remain the bulwark of the alcoholic drinks industry,” he says. BI

A Taste of Excellence