Nestlé Waters North America unveiled new flavors, bottle design changes, a new can format and all new packaging for its Poland Spring, Deer Park, Zephyrhills, Ozarka, Ice Mountain and Arrowhead Sparkling water brands. The new proprietary bottle design features a sleek, elegant PET bottle that resembles vintage glass, is more comfortable to hold and highlights the movement of the sparkling waters’ bubbles, the company says. The packaging also features labels with more prominent branding and fruit imagery, as well as a new colored cap. For the first time, the company also is offering 12-ounce cans with colorful fruit graphics. To encourage trial, rainbow 24-packs of bottles and cans are available on store shelves. “As consumers increasingly choose healthy beverages over sugary soft drinks and juices, they are looking for exciting new options. Now is the time to give millions of Americans the sparkling product they have been missing — combining the regional spring water brands they love with delicious natural flavors and added bubbles in both bottles and cans,” said Antonio Sciuto, executive vice president and chief marketing officer for Nestlé Waters North America, in a statement.

Cold enough for ya? 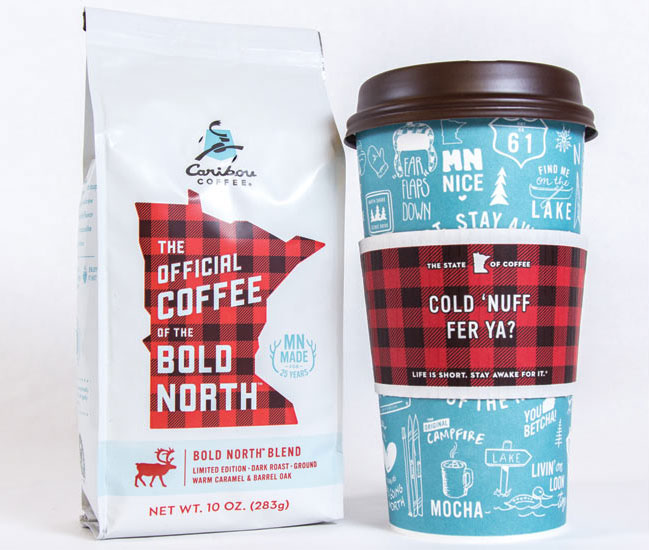 Caribou Coffee reinvented its signature coffee cup with the theme The Best of the North.

Caribou Coffee recently unveiled the reinvention of its signature coffee cup designed around the theme: The Best of the North. The new cup features doodles and phrases that pay homage to life in the upper Midwest, the company says. “With Super Bowl coming to our town (Minneapolis) and our 25th birthday, we wanted to create a design that allowed us to connect with customers in the form of nostalgic, iconic Midwest sayings and images,” said Jenifer Hagness, senior director of product innovation, in a statement. “There is something for everyone on the cup from ‘Cabin Life Memories,’ Northern slang such as ‘Uffda’ to ‘Celebrating a Three-Day Weekend.’” The new cup design uses Caribou’s signature blue color as the canvas, and the coffee sleeve is buffalo plaid with evergreen colored print for a classic, cabin-esque and outdoorsy look, the company says. 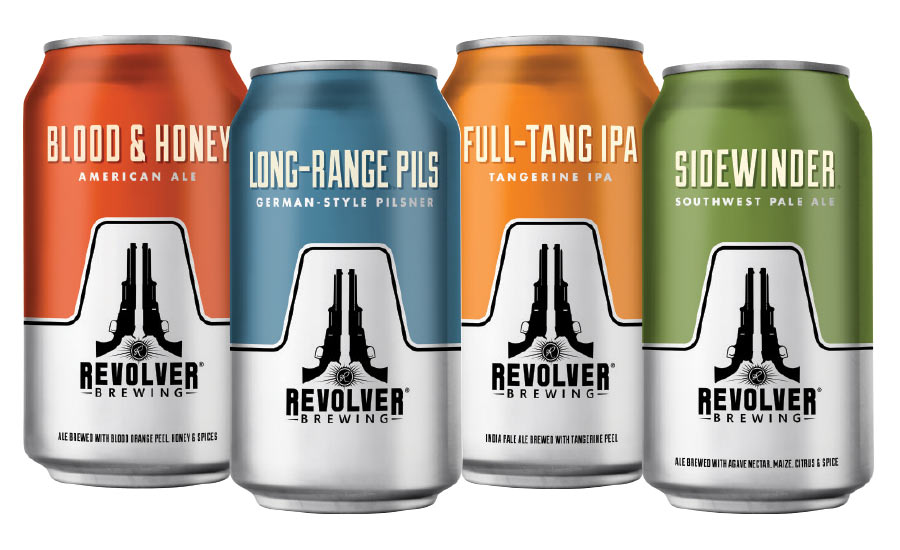 Revolver Brewing introduced four of its signature beers in cans for the first time.

Revolver Brewing now will offer four of the brewer’s signature beers in cans for the first time. The new cans are expected to start hitting shelves this week. “Texas is a big, hot, outdoor-friendly state, and there are a lot of opportunities here where we think cans will go that bottles can’t,” Revolver Brewing Co-founder Rhett Keisler said in a statement. “Texans like cans — they’re the fastest-growing segment of the craft beer market. They’re lighter, easy to transport and very beer friendly.” The first beers selected for canning are the brewery’s flagship Blood & Honey American Ale; Long-Range Pils, a new German-style pilsner; Sidewinder Southwest Pale Ale; and Full-Tang IPA, a popular seasonal beer that now will be available year-round, it says. Blood & Honey is an unfiltered golden ale brewed with malted two-row barley and wheat, finished with blood orange zest, Texas honey and a blend of spices, according to the company. Long-Range Pils is a twist on the traditional German-style lager that adds American Mosaic hops, it adds. Sidewinder Southwest Pale Ale is brewed using agave nectar, citrus, maize, spices and finished with Citra hops. Full-Tang IPA includes four hops and tangerine peel. “While we will continue to offer our flagship Blood & Honey in bottles, cans represent a new milestone in our brewing history,” Co-founder Ron Keisler said in a statement. “This major step forward allows us to reach new locations and situations across Texas.” 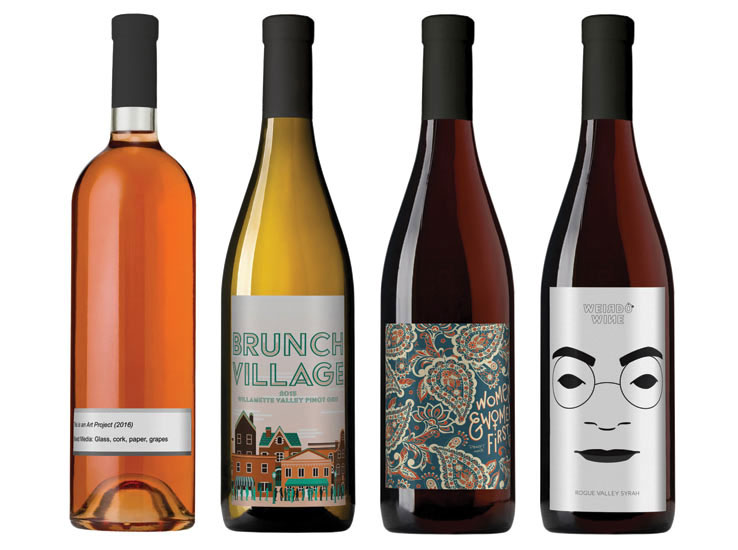 Broadway Video Enterprises and IFC’s comedy series “Portlandia” partnered with Lot18 to produce a collection of wines based on the show’s popular sketches.

Broadway Video Enterprises and IFC’s Emmy award-winning original sketch comedy series “Portlandia” teamed up with winemaker Lot18 to produce a collection of wines based on some of the show’s most memorable sketches. Each bottle features a specially designed label. While supplies last, the wines are exclusively available at Lot18.com/Portlandia. The wine series, containing Lot18’s first-ever private-label wines from Oregon, commemorates the show and popular sketches including “This is an Art Project,” “Brunch Village,” “Feminist Bookstore” and “Weirdos,” it says. The “Portlandia” wine collection includes five varietals: 2016 This is an Art Project Languedoc-la-Clape Rosé, 2015 Brunch Village Willamette Valley Pinot Gris, 2016 Women and Women First Willamette Valley Pinot Nor, and 2014 Weirdo Rogue Valley Syrah.

Lighting up the night 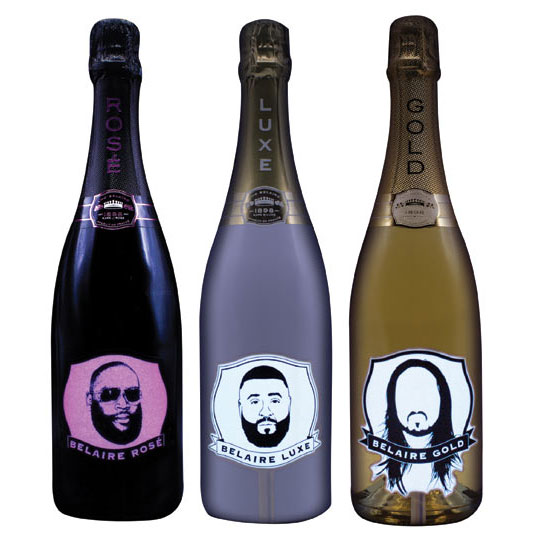 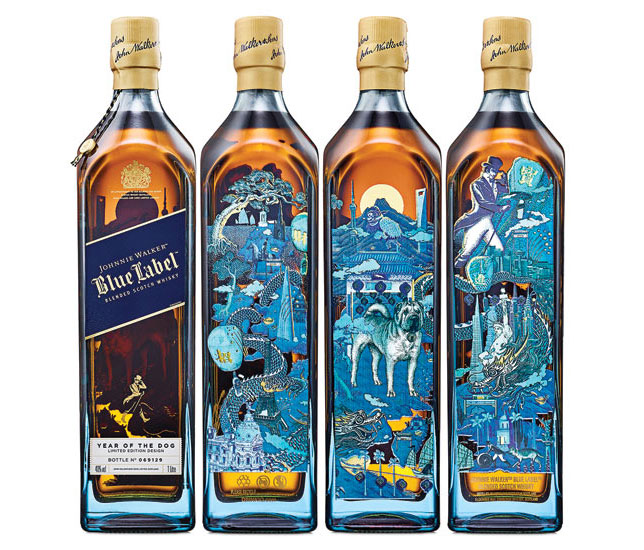 In celebration of the Lunar New Year, Johnnie Walker announced the release of limited-edition Johnnie Walker Blue Label Year of the Dog packaging. The annual limited-edition series, now in its fifth installment, honors each Lunar New Year with a commemorative bottle inspired by the Chinese Zodiac, the company says. The 2018 bottle artwork, created in collaboration with multi-award-winning Taiwanese artist Page Tsou, follows the Johnnie Walker striding man as he celebrates the Lunar New Year alongside the design’s proudly displayed Shar Pei, it says. Originally bred for Chinese nobility, the Shar Pei is renowned for its rarity, a key characteristic of Johnnie Walker Blue Label, and each bottle exemplifies exclusivity and prestige, it adds.