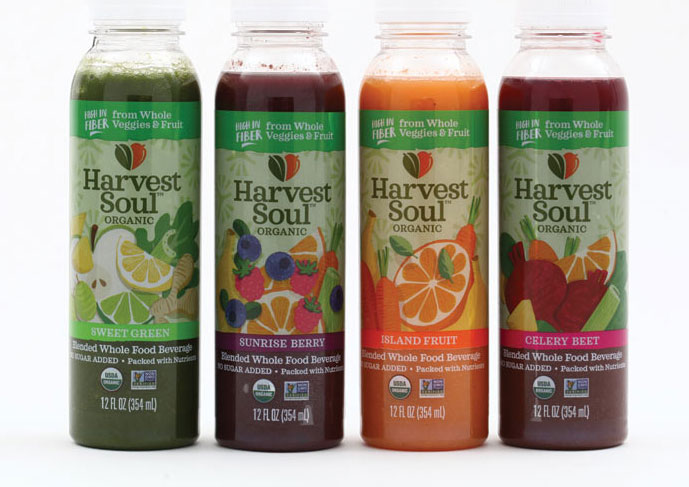 Harvest Soul Organic announced a new packaging design for its lineup of blended vegetable and fruit beverages. The rich, vibrant design brings focus to the creativity, its high quality and the healthy ingredients that go into the whole-food beverages, the company says. The project was led by Harvest Soul’s marketing team and Foerstel Design and was the result of consumer research designed to measure the strength of the product’s new design and purchase intent among traditional juice drinkers. The company also updated its logo, while retaining its iconic “leaf/heart” imagery, further supporting the company’s farm-to-bottle values, it says. “Our ingredients and our process are the heroes, so we wanted to really show them off on our new packaging,” said Kevin P. Quirk, Harvest Soul chief executive officer, in a statement. “Consumers appreciate how healthy our juices really are when compared to typical high-sugar/low-fiber pressed juices. Whole food beverages really are the next huge opportunity in juices.” Available in four flavors — Sweet Green, Sunrise Berry, Island Fruit and Celery Beet — Harvest Soul Organic’s redesigned 12-ounce, BPA-free bottles will hit retail shelves throughout the next few months. 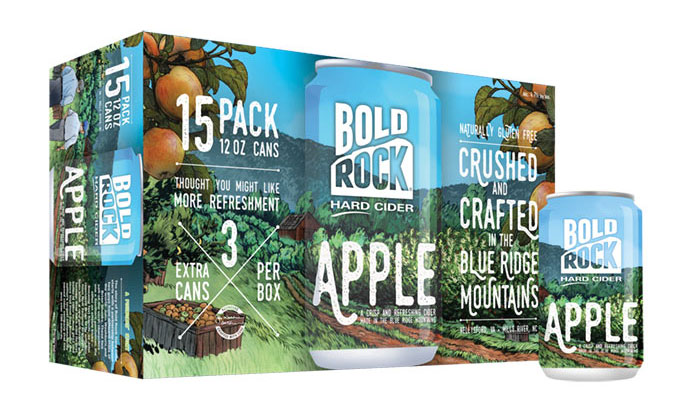 In time for fall, Bold Rock Hard Cider announced the release of its flagship Bold Rock Apple in a new packaging size: 15-packs of 12-ounce cans. The revamped packaging also includes new illustrations that capture the essence of the company’s commitment to treading lightly, using locally sourced fruit and a nod to the founders’ inspiration for establishing a craft hard cider company, it says. The 15-pack format also gives consumers the portability of the cans for outdoor drinking occasions, including football tailgating, barbeques and camping. “Our loyal customers enjoy Bold Rock Hard Cider while sharing experiences, often outdoors,” Senior Vice President of Sales and Marketing Jeff Liebhardt said in a statement. “We’re excited to give them a new option for enjoying our product in packaging that speaks to the essence of our brand.” 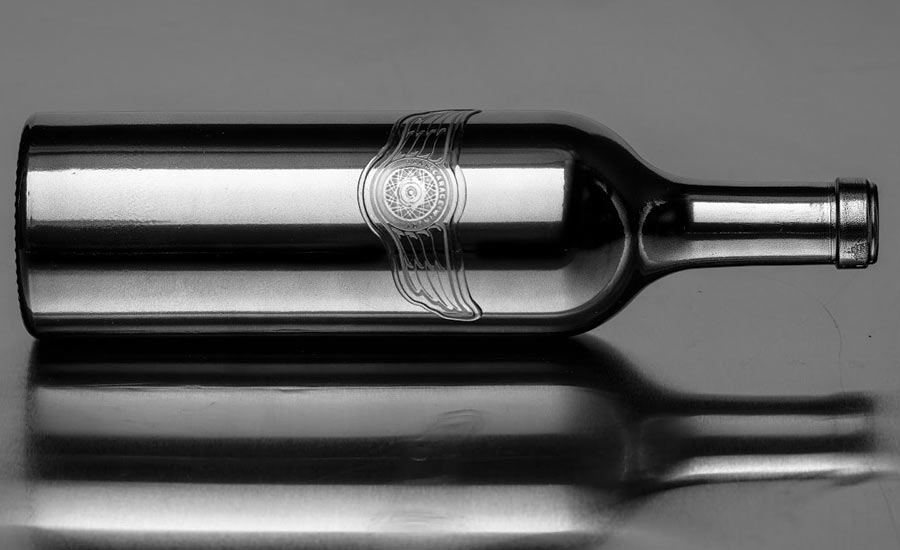 Tank Garage Winery unveiled Chrome Dreams, a 2015 Napa Valley Cabernet Sauvignon-based red blend bottled in a chromed-glass wine bottle. An ode to the classic American automobile, the bottle features a mirrored surface and extruded winged wheel emblem inspired by iconic vintage cars and Americana metalwork, the company says. To achieve the aesthetic, Tank Garage Winery spent more than a year working with a packaging manufacturer to perfect the proprietary chroming process. Each clear-embossed resin seal is delicately formed and imported from Italy, it adds. “We wanted to go back to a time when cars weren’t just cars but artful vessels of freedom, carrying the American dream westward across Route 66. Classic cars were a direct reflection of our greatest hopes and dreams — we were inspired to bring that spirit of aspiration back with Chrome Dreams,” said James Harder, co-founder of Tank Garage Winery, in a statement. “From the wine to packaging, the entire experience is designed to create a sense of marvel. We are excited for wine drinkers to taste, collect and experience this incredible achievement in wine.” Fewer than 500 cases of Chrome Dreams have been produced, and the wine is exclusively available at the company’s service station winery and on its website, tankgaragewinery.com, for $75. 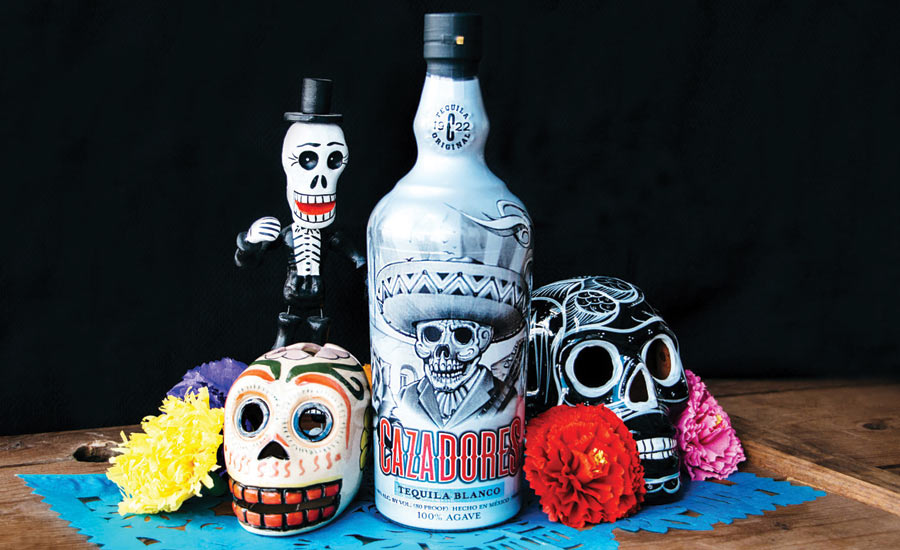 Tequila Cazadores debuted a limited-edition blanco bottle, reimagined by legendary tattoo artist Mister Cartoon in honor of Día de los Muertos (Nov. 1). The hand-rendered bottle design features Mister Cartoon’s signature fine-point style, symbolically nodding to the Día de los Muertos traditions Mister Cartoon values most, the company says. Available nationwide, the Mister Cartoon X Tequila Cazadores Día de los Muertos bottle is adorned in symbolic black, white and gray artwork, with illustrations of a skull to honor the memories of lost loved ones, a rose to welcome new beginnings, and a woman to represent love and the importance of celebrating the good times, it says. The Tequila Cazadores iconic stag is part of the design as a reminder to be bold and fearless in the pursuit of dreams, it adds. “Mister Cartoon is an artist who, like Tequila Cazadores, boldly carries his heritage with him, allowing his passion for who he is and where he came from to shine through his work,” said Manny Hinojosa, brand ambassador for Tequila Cazadores, in a statement. “We are honored to collaborate with him on a special Día de los Muertos bottle design, celebrating one of the most traditional holidays in the Mexican culture.” Inspired by illustrations from the limited-edition bottle, Mister Cartoon also created a set of skull bandanas. The bandanas are available for purchase through MisterCartoon.com/shop and 100 percent of proceeds from sales will be donated to disaster relief in Mexico. 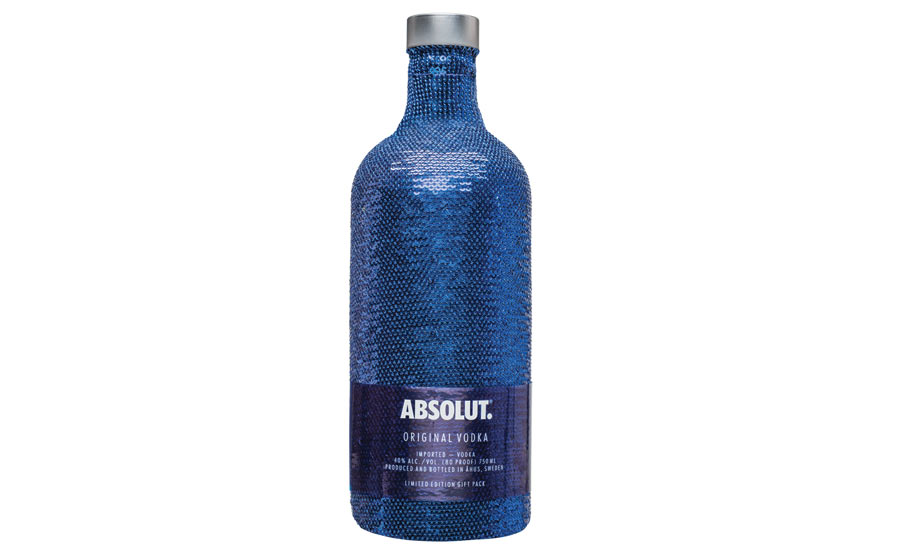 Absolut Vodka released a limited-edition sequin bottle for the holidays.

Absolut Vodka released a limited-edition sequin bottle designed to provide a sharable moment that goes from sapphire to silver with a simple swipe, the company says. The limited-edition bottle is available in 750-ml and 1-liter sizes nationwide for a suggested retail price of $19.99 and $24.99, respectively.