Beverage companies innovate their packaging designs to keep up with consumer trends. Ridge Cider LLC adds the Pure Michigan logo to its cans. Brooklyn Crafted refreshes the packaging for its ginger beer and ginger ale line, Wynwood Brewing Co. unveils new packaging across its beer portfolio and Brew Dr. Kombucha announces the release of its kombucha in 12-ounce cans.

Ridge Cider LLC announced the addition of the Pure Michigan logo to its new hard cider packaging. This signifies that the company’s hard cider is made with at least 75 percent ingredients grown in Michigan, it says. The company uses whole apples locally grown on the Fruit Ridge, West Michigan’s legendary apple country, as the main ingredient for its hard ciders. “Using local products is not only important to us, but also a huge part of our brand, as we’re named after the Ridge and use the shape of the state of Michigan in our logo,” said Matt Delong, founder of Ridge Cider, in a statement. “Adding the Pure Michigan logo to our packaging is not only a way to further communicate our commitment to local and to our customers, but also a way to cement that commitment for the future.” The logo now appears on Ridge’s three canned ciders: Raspberry, Berries and Porch Sittin’, which contain other Michigan ingredients including blueberries from Jawor Brothers in Ravenna; strawberries from Lutz Farms in Maistee; and raspberries grown in Sparta, the company says. 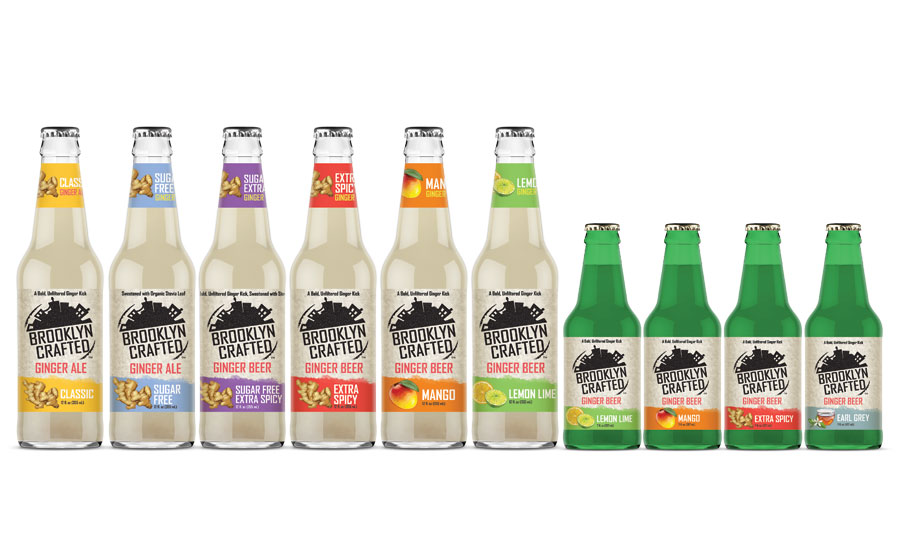 Brooklyn Crafted unveiled a rebranded label for its craft ginger beer and ginger ale collection. With a nod to the brand’s Brooklyn roots, the new logo features a clean, modern image of the New York City skyline. The packaging also showcases vibrant colors that represent each of the different flavor varieties, the company says. “Our goal with the new packaging is to give Brooklyn Crafted a fresh new, modern look in the ginger beer and ale category, while honoring our Brooklyn connection,” said Keli Roberson, marketing director of Brooklyn Food & Beverage, the parent company of Brooklyn Crafted, in a statement. “With ginger-flavored beverages on the rise, we are confident that our updated look will resonate well with our loyal consumers while providing us with new opportunities to continue expanding into locations nationwide.” In addition to the rebrand, Brooklyn Crafted also extended its line of 12-ounce bottle formats to its existing Mango and Lemon Lime flavors and introduced a new Classic Ginger Ale in a 12-ounce bottle, the company says. Brooklyn Crafted’s full lineup is available in 7- and 12-ounce bottles.

A beer and a story 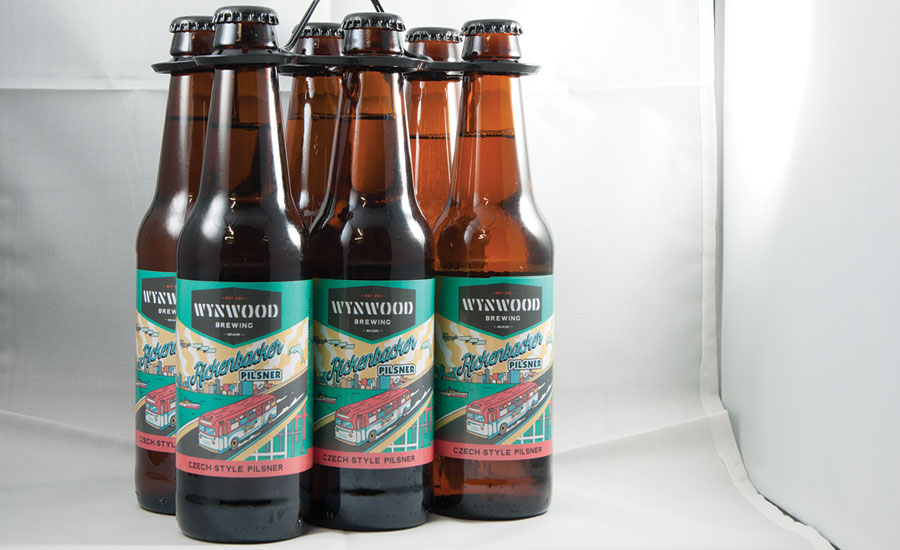 Wynwood Brewing Co. revealed a new logo refresh across its beer portfolio. The new packaging offers a different artistic style complete with illustrations and a personal story from Luis G Brignoni, co-founder of Wynwood Brewing Co., the company says. The new labels reinforce the brewery’s “family-first” mantra and embody Wynwood’s beers and brewery, it adds. “As we prepare to celebrate our five-year anniversary we felt it was time to treat our brand to a refresh,” said Ian Salzberg, Wynwood’s vice president of marketing and sales, in a statement. “Our packaging has always been a representation of the vibrant street art and graffiti that adorn the walls of our neighborhood. With this brand refresh, we get to take that concept a step further: the new designs tell more of the story behind each of our beers.” 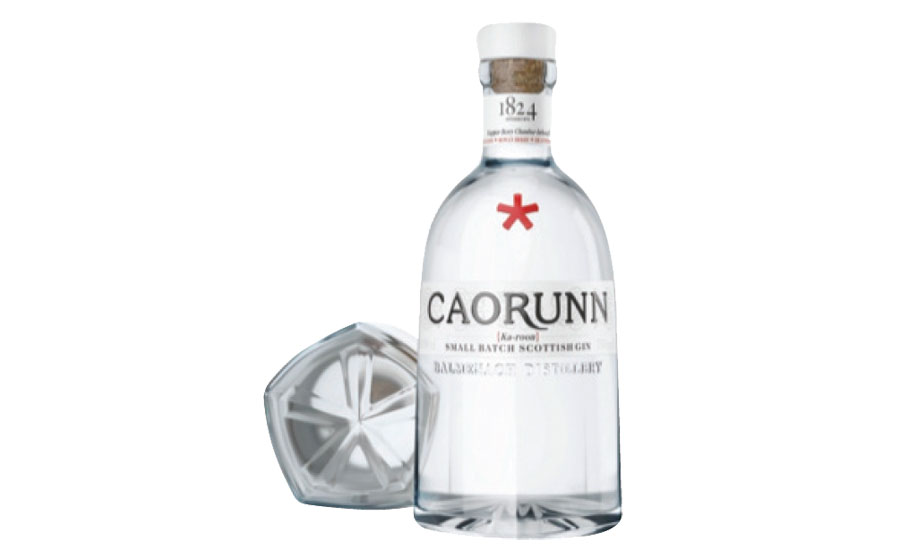 Premium gin brand, Caorunn, released a new bottle design for the U.S. market, featuring the spirit’s roots with sleek aesthetics, the company says. The bottle’s signature five-pointed pentagonal form is representative of the five natural Scottish botanicals that surround the Speyside distillery and are hand-harvested by Caorunn’s gin master, Simon Buley, it adds. The decanter now features a streamlined form for an easier fit behind the bar and a raised gloss varnishing that profiles the red asterisk, the company says. “I am proud to see Caorunn showcased within such an exquisite bottle,” Buley said in a statement. “The design has taken into consideration the Celtic botanicals foraged on the hills around Balmenach Distillery and how Caorunn is infused in the world’s only working Copper Berry Chamber. The care and attention of the spirit and bottle sets Caorunn apart.” Buley’s signature also has been added to the new bottle design to reflect the company’s commitment to each vessel’s craftsmanship. 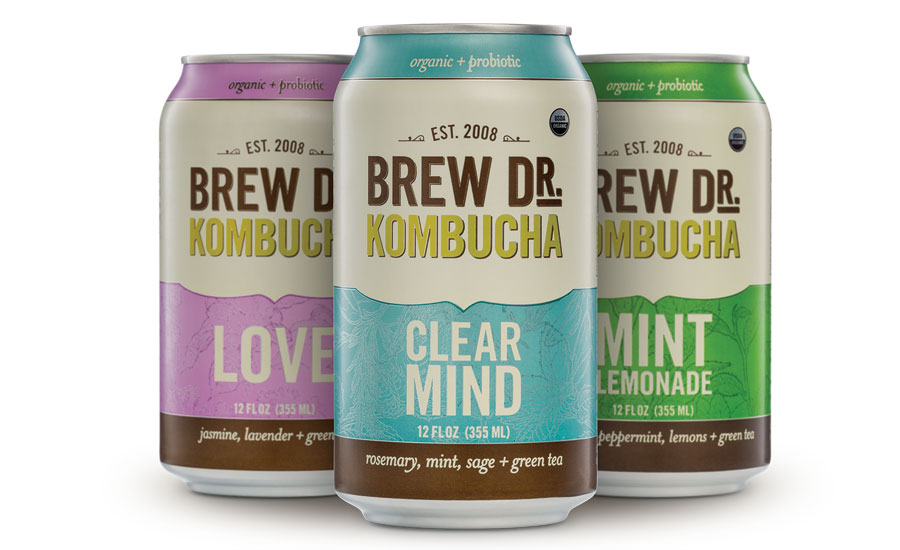 Brew Dr. Kombucha announced the release of its flavored kombucha drinks in aluminum cans. The new 12-ounce cans come in four flavors: Clear Mind, Love, Mint Lemonade and Ginger Turmeric. “Our customers and our employees all live active lifestyles so putting our kombucha in travel-friendly cans was a natural evolution for our product,” said Matt Thomas, founder and chief executive officer of Brew Dr. Kombucha, in a statement. “Our new packaging makes it convenient to bring your favorite drink to the beach, festivals, parks, mountains, hiking and everywhere we like to go. Aluminum cans are more readily and frequently recycled, not to mention easier for consumers of all ages to enjoy.” 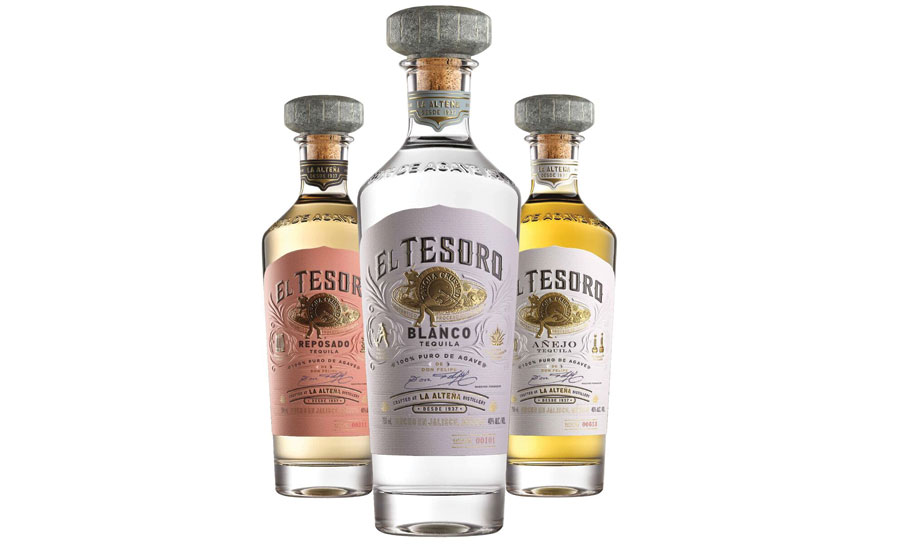 El Tesoro de Don Felipe unveils a new look for its El Tesoro Blanco, Reposado and Añejo tequilas. Within the packaging refresh is a new artisanal bottle and label that visually communicates the time-honored process and attention to detail, the company says. The company highlights five specific areas featured on the new bottles. A tahona stone closure shows El Tesoro tequila’s commitment to the ancient method of crushing cooked agaves with a two-ton volcanic rock to extract flavor. Agave flourishes celebrate and honor founder Don Felipe’s most precious asset: his estate-grown agaves. Process icons detail the traditional production methods used by El Tesoro since its founding. Don Felipe’s signature honors the knowledge, passion and methods that have been passed down through five generations and still are honored today by Master Distiller Carlos Camarena, the company says. And lastly, the batch number is included on every bottle to acknowledge that each distillation of El Tesoro has unique flavor and aroma characteristics due to the influence that the Jalisco climate and unique soil conditions have on agave harvests, it adds. “We believe our practice of making tequila ‘the old-fashioned way’ allows us to craft the tequila we’re proud of – tequila that allows the full flavor of our estate-grown agave to shine through,” Camarena said. “My father’s signature is on each label, in honor of my grandfather and the tequila my family has created for generations.” 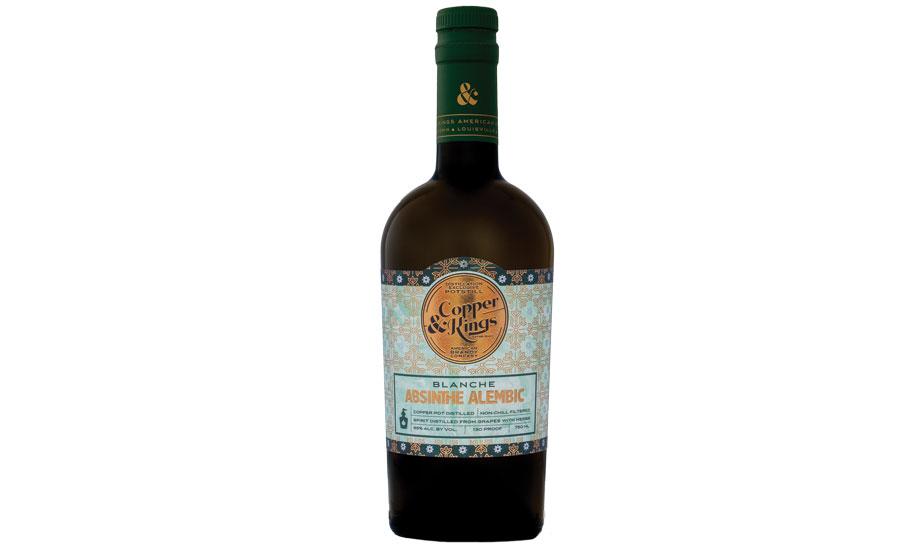 Copper & Kings American Brandy Co. announced the relaunch of its absinthe spirits in new packaging. The packaging revamp includes a new bottle projection that is cohesive with the other botanical spirits in the Copper & Kings lineup, the company says. The new bottle also represents how the company exclusively uses a double-distilled alembic copper pot in its distillation process, without the use of re-distilled grain neutral spirits, it adds. “We were looking to elevate the spirit and give it a level of preciousness that feels worthy of the history of absinthe, worthy of the care the distilling team give their baby and give a shelf presence that is compelling and very visible,” said Ron Jasin, creative director at Copper & Kings, in a statement. “The antique green bottle style is perfect for both the botanical projection and a sense of quality heft.”

Moscato d’Asti* to be available in single-serve bottles