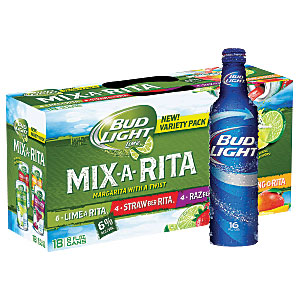 St. Louis-based Anheuser-Busch (AB), a division of AB InBev, hosted media members at its headquarters during the fourth quarter of 2014. At the two-day meeting, the domestic brewer touched upon its 2014 highlights and challenges and also addressed some plans for 2015.

Among the key topics AB discussed was the continuation of its Your Balanced Portfolio Approach (YBPA) program. Designed to leverage the beer category, YBPA is the beer manufacturer’s way of showing retail operators how having a diverse portfolio of brands across the numerous beer segments will help to support their sales operations.

The company has enlisted data analytics from a number of sources to help craft a collection of examples and options by retail outlet, separating them by store size, such as large format like grocery stores and small format like convenience stores. For example, AB found that day part matters greatly within the convenience channel. Evaluating the most purchased items based on day parts, it found that beer was not in the Top 10 items purchased during the breakfast and lunch day parts; however, the evening hours saw beer jump up to No. 3 on the list. Based on this insight, the company suggests that convenience store operators consider swapping out their feature bins after 4 p.m. to include beer and appeal to that evening shopper.

Offering a deeper look into its analytics sources, AB stated that the launch of Bud Lab with the University of Illinois in Urbana-Champaign has allowed the company to work with promising young minds at the university, and the company has even brought some members of the Bud Lab into its in-house business intelligence division after graduation.

Focusing on the 2014 calendar year, AB noted that packaging innovations were paramount for the year through the development of the 25-ounce can, investments in the aluminum bottle, as well as the Bud Light Lime Mix-A-Rita variety pack. However, the company noted that 2015 will see a return to new product innovation, which will be announced throughout the year, beginning in the first quarter.

Marketing also was an important emphasis for the company, as it noted that many of its brands have a strong connection around sports occasions; however, it is looking to expand beyond this association to other connections.

AB also will continue to develop programs and to support its on-premise business through innovations in products, equipment, food and drink integration, and much more.