Mike’s Hard Lemonade Co., Chicago, is celebrating its 15th anniversary by leveraging the equity it has built in its flagship flavored malt beverage brand and releasing two new flavors, a reformulated offering, a new category entrant and new packaging.

“Looking back through the years, we have seen the progression from the original Mike’s Hard Lemonade expand into 14 different flavors and new product categories like apple ale,” said Mike’s Hard Lemonade Co. President Phil Rosse in a statement. “Each has been distinctively created to match our consumers’ passion for uniquely different, fun and refreshing tastes. And we’re just getting started.” 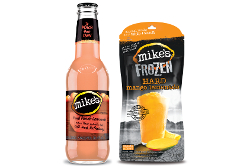 This year, the company released Mike’s Hard Peach Lemonade, a spring seasonal offering, and expanded its Mike’s Frozen line to include Mango Lemonade. The frozen drinks in pouches originally made their debut last summer. 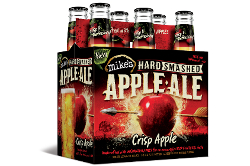 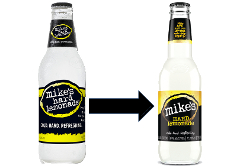 Also in line with the company’s 15th anniversary, it redesigned its packaging to put more emphasis on “Mike’s” in the lemon-shaped logo, thereby exemplifying the personal, first-name-basis connection that its consumers have with the brand, it says. The portfolio also showcases a more modernized look and shelf presence with a new, premium, long-neck glass bottle, it adds.

“Consumers, specifically millennial adults, are continually seeking out more flavor options for their broadening tastes,” Rosse said in a statement. “It is their willingness and openness that further fuels our commitment to delivering new and authentic tastes that appeal to experimental palates. Quality and innovation are key components of Mike’s DNA, and our consumers’ input and interest in experiencing new flavors will continue to be an integral part in our development of new products and the future expansion of the Mike’s product lineup.”