Patrón Añejo released a special-edition bottle stopper as part of its second designer collaboration. The new collectible topper was crafted exclusively for Patrón 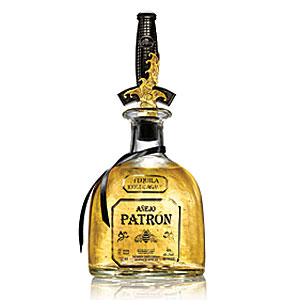 Añejo by Evan Yurman, chief design director for David Yurman men’s and timepiece collections. Die-cast in solid metal and electroplated in gun metal and 24-karat gold, the bottle stopper represents a two-toned sword featuring metal carvings inspired by those depicted on the hand guards of 18th century Japanese Samurai swords. The choice of an engraved sword for the topper reflects Yurman’s love for unique and rare objects, artwork and artifacts, the company says. The bottle stopper, which is available in only a limited-edition Patrón Añejo gift box, was available at select retailers beginning in November for a suggested retail price of $59.99.