Monk fruit joins stevia and erythritol to sweeten the beverages 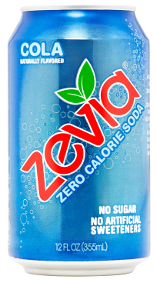 Zevia, Culver City, Calif., announced that it is reformulating its line of carbonated soft drinks (CSDs) with a new, all-natural sweetening system. The next-generation CSDs will feature the SweetSmart system, which combines stevia with monk fruit and erythritol. Zevia drinks previously were sweetened with stevia and erythritol. In the new formulation, the purity of the Reb A steviol glycoside will be increased from 97 percent to 99 percent. It will provide most of the sweetness (82 percent), with 15 percent coming from monk fruit and 3 percent coming from erythritol, the company says. The new sweetening system will complement the flavor profile of stevia, enhance the sodas’ overall sweetness, and reduce bitter notes, it adds.

A six-pack of the beverages will have a suggested retail price of $5.99. The newly reformulated beverages will begin hitting retail shelves in the coming weeks, according to a Zevia spokesperson.