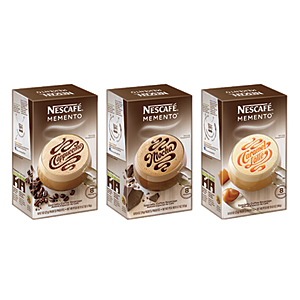 diabetes, as well as reduce weight gain and lower blood sugar levels, according to a May 10 article published in New York Daily News.

“There have been numerous studies showing how coffee provides healthful benefits and can aid in weight loss [and] reduce the risk of diseases including diabetes, Parkinson’s and colon cancer,” says Stacy DeMars, marketing manager for Autocrat LLC, Lincoln, R.I.

The U.S. energy drink market is estimated at $8 billion and is projected to grow nearly 12 percent annually through 2016, DeMars says. Therefore, applications that make use of green coffee extracts, such as Seattle-based Starbucks’ new Refreshers energy drinks, could have potential for growth.

“The extract of those green beans is an excellent ingredient for a healthy finished product,” he says. “Additionally, developers do not have to deal with the dark color and the characteristic flavor profile of roasted beans when formulating with the extract from green coffee beans, which makes green coffee extract suitable for a broader range of end-use applications.”

The flavor of green coffee beans tends to be more bean- and hay-like when compared to classic roasted coffee, which have sweet, nutty and ash notes, explains Kevin Goodner, director of research and development for Synergy Flavors Inc., Wauconda, Ill.

Coffee extracts and essences also differ in taste profiles. The extracts are used primarily in coffee-based beverages because their flavor can easily overwhelm other flavors in an application, Goodner says. When the extract is used outside of the coffee category, it is predominantly utilized for its polyphenol content, he adds. On the other hand, coffee essences are the captured volatile elements that can be used in a variety of beverages outside of the coffee category to offer a sweet, brown-roasted connotation to a product that might otherwise be too salty or savory, he says.

“The success of the coffee category is directly proportional to coffee extract,” says Angela Lantman, applications manager for Synergy Flavors. “However, essences and flavors, which have more product homes outside of the coffee category, have been growing consistently each year, more dependent on consumers’ love for all things with a coffee profile.”

Aside from the coffee category, the largest category in which coffee flavors appear is dairy, Lantman says.

“If flavors would taste good in hot coffee, you usually see them translate over to other products,” says John Crandall, vice president of sales and marketing for Amelia Bay Inc., Johns Creek, Ga. He suggests this might explain the popularity of coffee-and-dairy combinations. Additionally, coffee flavors typically blend well with vanilla, cocoa and herbal flavors as well as some spices, he says.

Although it varies by category, generally speaking coffee flavors in beverages have increased during the last few years, Kerry’s Eckert says.

“The emergence of iced coffee into [quick-service restaurants] and its popularity, especially with younger adults, seems to have changed the way consumers perceive coffee, creating an interest in the flavor for beverages beyond the traditional hot cup of coffee,” Eckert says.

In the foodservice channel, coffee extract primarily is reconstituted with water to make a cup of coffee, he says. Kerry also receives requests from its customers for trendy and mainstream coffee origin-based taste profiles such as Colombia, Sumatra and Costa Rica, he adds.

Unlike the foodservice channel, the coffee’s origin is not as important in the ready-to-drink (RTD) segment, Kerry’s Eckert notes. The more important consideration is a flavor that isn’t overpowering, which is usually accomplished by blending beans from different coffee-growing regions, he explains. Eckert also points out that RTD coffee-based drinks are a growing beverage category mainly driven by convenience and ease of use, while still maintaining the characteristics of a coffeehouse-made latte or cappuccino.

S&D has noticed an increased interest in cold-brewed extracts that deliver optimal flavor and aroma in RTD coffees and lattes, Tomblin says.

Most often, customers request a custom extract that differentiates their beverages from current offerings, Tomblin says. To offer a solution, S&D utilizes the specialty coffee side of its business, which offers Fair Trade, organic, Rainforest Alliance-certified, shade-grown, migratory bird-friendly, crop-to-cup and single-origin coffee extracts. The company also offers a high-antioxidant coffee fruit roast and ground coffee line that is growing exponentially, he says. It also has the ability to deliver a specific oxygen radical absorbance capacity (ORAC) level via coffee fruit extracts in finished beverages. Plus, the company’s coffee concentrates can deliver antioxidant levels similar to superfruit-based beverages, he claims.

Possibly inspired by Starbucks’ Blonde Roast, a trend toward lighter roast coffees has been observed, according to Synergy Flavors’ Goodner. Additionally, the company is receiving requests for specialized roasts or specialized bean sourcing, he adds.

When merging coffee with other ingredients in a beverage application, it’s common to come across some development challenges.

“For instance, an energy drink will incorporate many ingredients that are not optimal sensory components, so our coffee is designed to deliver the desirable characteristics while working as a masking agent for other formula components that impart undesirable flavor or aroma,” says S&D’s Tomblin.

Flavor degradation is another issue, due to oxidation or packing method, says Amelia Bay’s Crandall. To limit the degradation, Amelia Bay removes undesirable coffee solids from its finished extracts, he says. Synergy Flavors tackles the same problem by using techniques, such as freezing, inert headspace and just-in-time manufacturing, to reduce degradation, Goodner says.

Additionally, manufacturers must keep the pH of their products in mind when formulating beverages with coffee. For example, if the final product is going to be preserved, the pH must be lowered from the natural pH of coffee to a pH more suitable for preservatives, which can change the flavor profile, he explains. BI