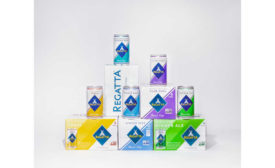 New pack format available for all five flavors
No Comments 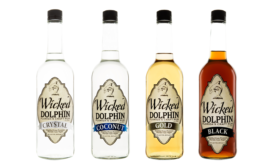 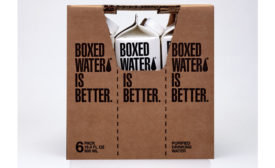 To complement its expanded distribution, Boxed Water added a 1-liter box and a six-pack of 500-ml cartons to its product line. 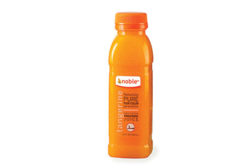 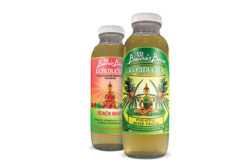 Jammin Java Corp.’s Marley Coffee is working with its single-serve coffee partner and investor Mother Parkers Tea & Coffee to launch this month a new version of the Marley Coffee RealCup capsule that will be compatible with Keurig Green Mountain’s Keurig 2.0 brewer. 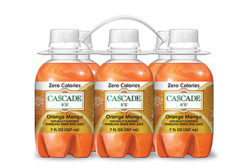 According to Beverage Industry’s Best Packages of 2014 survey, portion-controlled sizes, specialty inks and a “personal” touch can give brands a leg up in the competitive beverage marketplace. 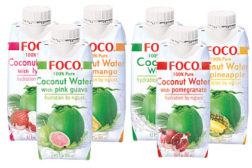 In the past year, Life Up LLC’s Foco 100% Pure Coconut Water line has added 10 distributors, secured distribution in major supermarket chains and more than doubled its sales, according to Contessa Foconut Donna Bimbo, chief executive officer of the Brooklyn, N.Y.-based company. 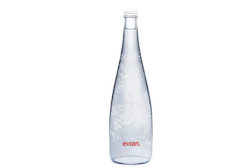 Fashionable, retro designs give packages a unique look
No Comments

Evian Natural Spring Water, a brand of Danone, released its latest water bottle collaboration with designer Elie Saab. Narragansett Beer reintroduced its 1975 can, made famous in the “Jaws” movie during the scene in which Captain Sam Quint, played by Robert Shaw, crushes a can of Narragansett Lager to intimidate Richard Dreyfuss’ character, Hooper.