Originated from Darwinian evolutionary theory, the phrase “survival of the fittest” describes the mechanism of natural selection. The biological concept of “fitness” is defined as reproductive success. In Darwinian terms, the phrase is best understood as: “Survival of the form that will leave the most copies of itself in successive generations.” Whereas coffee drinks are experiencing a surge in popularity, experts are attributing its “fitness” to new exciting flavors and formulations.

According to Arnhem, Netherlands-based Innova Market Insights, global sales of coffee made up 64% of sales value for hot drinks in 2020, and new product launches for coffee drinks had a 17.1% compound annual growth rate from 2015-2019.

“If there’s any ingredient that could evade obscurity in the abyss of our beverage multiverse — it’s coffee,” says Philip Caputo, marketing and consumer insights manager at Virginia Dare, Brooklyn, N.Y.  “Effortlessly adapting to the changing need-states, rituals and taste palates of an extensive fan base, coffee is suited-up for success. 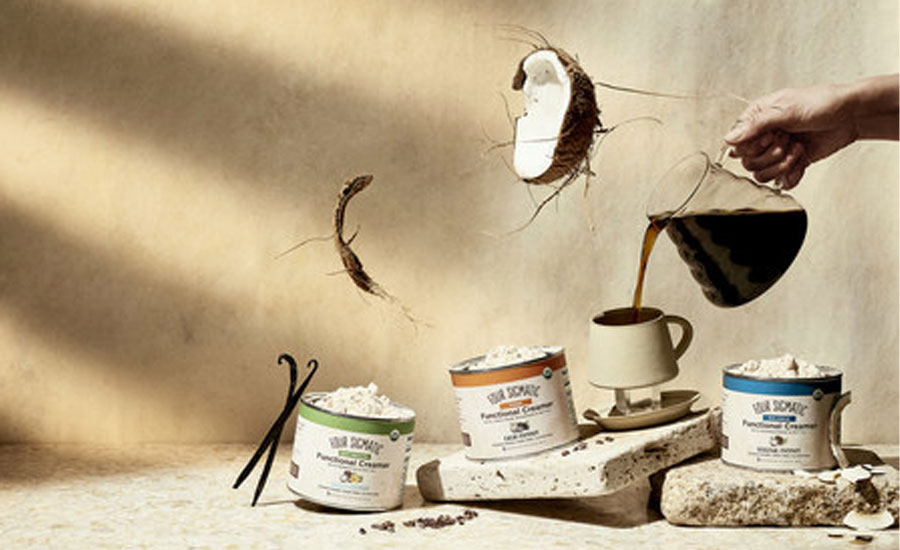 “Innova Market Insights has even named ‘category collisions’ as trend drivers and coffee hybridization is a perfect example,” he explains. “Functional ingredients are paving the way for beverage innovation while coffee is both adapting and making inroads for functionals to follow.”

As demand is rising for specialty coffees, ethnic and exotic flavors, and coffees that are organic or processed with innovative methods, “hybridization is the weapon at play here,” Caputo says.

“At the speed of light roast comes wellness mashups like adaptogenic mushroom lattes and botanically infused cold-brew elixirs for all-day nutri-boosts,” he continues.

“Gone are the days when coffee creamer came only in plain and French vanilla” as creamers now are seen as a flavor delivery system for all sorts of functional ingredients, it says. Coffee creamers can deliver taste, texture, and aromatics to coffee, making them an ideal format for consumers looking for a particular sensory experience, it adds.

As the pandemic caused consumers to re-evaluate their health and wellness goals, paving the way for functional coffee drinks; “Thirty percent of coffee drinkers are interested in purchasing coffee with additional functional benefits,” according to Chicago-based Mintel’s “U.S. Coffee and RTD Coffee Market Report 2021.” 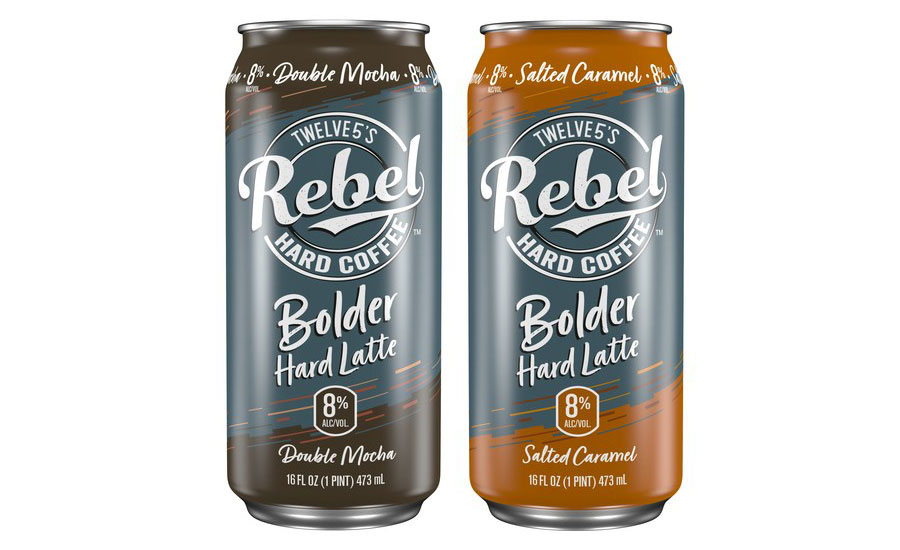 As cold-brew coffee has expanded into mainstream multi-outlets, the demand has led to a 339% sales growth in the last five years, according to Wauconda, Ill.-based Synergy Taste’s “100% Cold Brew Coffee Guide.” This trending interest is based on cold brew’s “smoother, less acidic taste and naturally sweeter, fruitier flavor,” the company says.

“Started in artisanal coffee shops, the cold-brew process soaks coarse ground beans in cold to room temperature water to make a traditional cold-brew coffee. The limiting factor with this process is the space, capital investment in equipment, and the time and energy required to soak large batches of beans to make only small amounts of finished cold-brew coffee,” it continues. “However, Synergy Flavors’ unique process not only meets the emerging standards of strict cold-brew coffee purists, but also allows for large scale manufacturing.”

As there is no standard identity for cold-brew coffee, formulators can increase its concentration by adding coffee powder, experts note

London-based IWSR Drinks Market Analysis notes that cold brew also is making an appearance in a number of hybrid beverages that fall under the umbrella of hard cold brew.

“[M]any brands are tapping into the popularity of cold-brew coffee. Cold-brew coffee has seen U.S. sales and new product developments surge,” it states. “And while the nascent hard cold-brew category is much smaller, many brands are throwing their hat in the ring. Hard kombucha brand Kyla offers a Cold Brew Coffee variant, described as ‘a blend of roasty cold brew with creamy, light sweet vanilla undertones’ — this product is one of many following the hard kombucha trend flagged by IWSR.”

As there have been seismic changes since the outbreak of COVID-19, “not all of those changes are negative,” noted Mintel’s Global Food and Drink Analyst Julia Büch, in a recent blog titled “3 Drink Trends To Watch-Out For In 2022.”

In fact, some trends have seen a stronger boost as a result of the pandemic and the recurrent social restrictions across Europe, according to Büch.

Whereas consumers have placed more priority on health ― spurring the demand for products supporting the immune system, equally in demand are special taste experiences, she explains.

“In Germany, over half of consumers say they are actively looking for new taste experiences, fueling the trend toward new beverage hybrids,” she stated. “A notable highlight emerging from the bar scene is Espressotini, a cocktail mix of espresso and vodka that is served in a martini glass. Another hyped drink is Proffee: consisting of coffee and protein shake, it’s particularly popular among young ‘gymfluencers.’”

As for taste trends in the United States, Virginia Dare foresees “more wellness flavors in coffee — those inspired by functional ingredients,” Caputo says. “Percolating from the dark roast side of the moon we have indulgent protein-stacked coffee smoothies, coffee-kissed colas/root beers, and grown-up chocolate milks bubbling with coffee profiles.

“Classic and familiar flavors like mocha, vanilla and caramel are most in favor with consumers, so try a creative twist to lure both traditional and progressive coffee drinkers,” he says. “Virginia Dare’s Elevated Classic flavor approach achieves just that; honeycomb custard vanilla, spiced cardamom mocha, or caramel torched maple, for example.”

“Humans take credit but don’t be fooled; Java the Hutt is behind the controls ensuring its own galactic survival. From its aromatic hypnosis that lures us toward a steaming beacon of hope, coffee will thrust even the most bitter-adverse beings to their knees screaming, bean me up,” he concludes.