Given their popularity and history, it can be hard to think of a time when tea and coffee were not among the top beverage choices for American consumers. Once international novelties, these beverages have become staples for many consumers. Yet, for emerging categories like kombucha, the journey of becoming a mainstream beverage market like tea or coffee has gone through peaks and valleys, but the rising influence of health and wellness might be the push that kombucha needs to prevail.

“The most highly ranked lifestyle change overall among consumers was to eat healthier in 2022,” says Erin Costello, communications and events associate at Imbibe, Niles, Ill., citing Nextbite insights. “While the appeal in adopting and maintaining a healthy lifestyle has grown in recent years, a focus on immunity and gut health has excited interest in kombucha. Touted by Eastern culture for its long list of health benefits, kombucha is packed with a rich supply of probiotics, enzymes and multiple B vitamins.”

These attributes have aided the global kombucha market, which is expected to reach $7.05 billion by 2027, Costello says, citing Grandview Research. For the time period of 2021-2027, it is projected to have a compound annual growth rate of 19.7%, she adds.

“Expanding consumer preference for functional drinks over [carbonated soft drinks (CSDs) and juices, in tandem with awareness of the inherent nutritional benefits of kombucha is expected to fuel the growth,” Costello says. 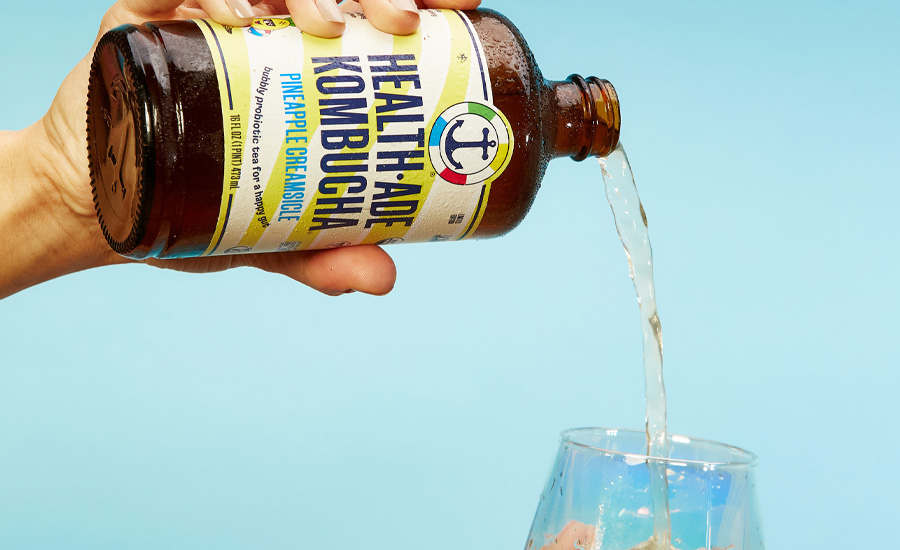 Health-Ade recently expanded its seasonal lineup of kombuchas with the release of Pineapple Creamsicle.
Image courtesy of Health-Ade

Dilworth adds that health and wellness contributed to kombucha’s earlier growth, which could help it rebound as those trends have proliferated during the pandemic.

“A few years ago, the growing health consciousness in the U.S., with early adopters doing research on the Internet and propagating their findings on social media, drove trial and repeat sales,” he says. “However, as noted, the market has slowed, particularly in 2021. With immunity and gut health receiving renewed attention due to the pandemic, consumers are expected to continue to seek products with real functional benefits — signaling that kombucha will see its growth accelerate again from 2021’s low point.”

“Looking back at the kombucha segment from 2014 to 2019, overall U.S. sales surged from $1 million to $1.8 billion. While gut health and immunity are inextricably linked and the association is recognized by the majority of consumers (four out of five believe that good gut health can reduce the chance of getting sick), the leveling out on the immunity concerns may influence this category,” she says, citing 2021 research from Cargill.

“The presence of new functional beverages on the market has the potential to impact growth in coming years. In 2021, the digestive health market was five times the size of the brain health market, but the nootropics category is quickly gaining traction,” she continues, citing PMMI Business Intelligence. 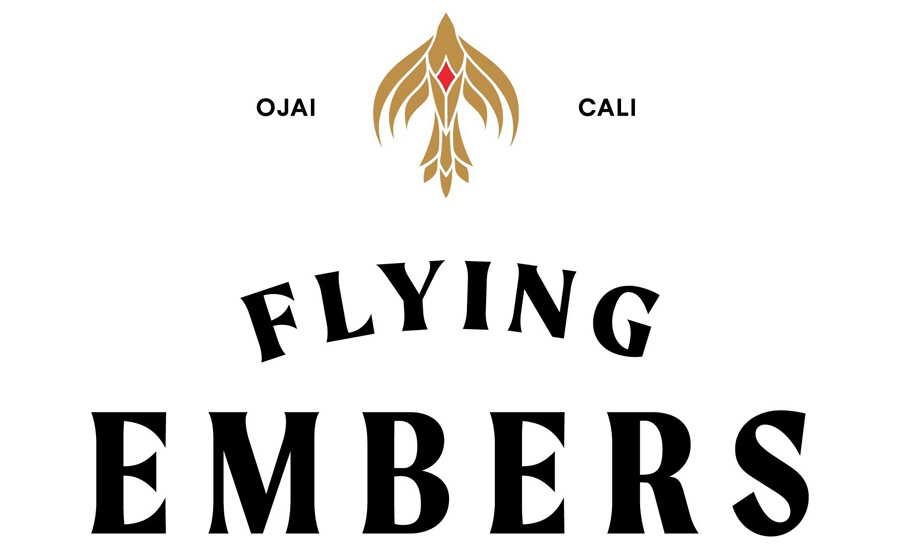 With consumers offering so much potential for the kombucha market, analysts highlight the drive by beverage-makers to support this need state.

She also highlights that “the introduction to more shelf-stable SKUs and more conveniently packaged options ― like humm Zero and Qumba’s kombucha powder ― could have a positive result on how kombucha competes in the functional beverage market in the future.”

BMC’s Dilworth adds that hybrid innovations could draw in more consumers to the kombucha market.

“For about a decade, there has been an attempt by Live Kombucha to introduce more mainstream, ‘soda’-like flavors, but the principal players seem to be sticking with fruit flavors,” he explains. “More recently, marketers have introduced kombuchas mixed with sparkling water to yield a lower price point and a more mainstream flavor profile.”

Los Angeles-based Health-Ade recently expanded its seasonal lineup of kombuchas with the release of Pineapple Creamsicle. The limited-edition release leverages the nostalgic and indulgent flavors of a classic creamsicle but with a tangy, bubbly twist, the company says. Flavored with cold-pressed pineapple and lime juices with subtle hints of vanilla, Health-Ade’s newest seasonal beverage features the added benefit of living probiotics and healthy acids, it adds.

“While the appeal in adopting and maintaining a healthy lifestyle has grown in recent years, a focus on immunity and gut health has excited interest in kombucha. Touted by eastern culture for its long list of health benefits, kombucha is packed with a rich supply of probiotics, enzymes and multiple B vitamins.”
- Erin Costello, communications and events associate at Imbibe

Other brands are pulling influence from their heritage for new products. For instance, Brew Dr. Kombucha, Portland, Ore., announced two new kombucha flavors: Happiness and Citrus Earl Grey. Noting that Happiness is one of the company’s original kombucha flavors, the company is reintroducing the flavor with an updated recipe that blends white tea with elderflower, chamomile, hibiscus, and rose petals for a soft and floral finish, it says. Citrus Earl Grey boasts a bright, citrus-forward recipe of blood orange, lemon and orange peel and finishes smoothly with the velvety bergamot of Earl Grey tea, it adds.

Yet, kombucha’s innovations and growth is not just reserved for the non-alcohol beverage market.

“We predicted that the hard kombucha category would be one to watch in 2021, and while alcohol is a natural byproduct of fermentation, most of the kombucha we see in cold cases next to other functional beverages  contains [less than] 0.5% ABV,” Imbibe’s Costello says. “An additional round of fermentation takes the typical ABV from [less than] 0.5% to 4 to 11%, making it as hard as beer and some wines. Consumers are reaching beyond beer for gluten-free, low calorie, and less sugar-heavy options.

“A mid-year 2021 report stated that hard kombucha was in the Top 3 fastest-growing beer categories in May,” she continues, citing data from Drizly. “Last year we saw an influx of hard kombucha offerings, from line extensions to new brands entering the space. Bambucha added to their roster with a three SKU line of organic hard kombuchas. Sierra Nevada’s Strainge Beast hard kombucha brand also expanded their core line with three new flavors in the U.S.”

BMC’s Dilworth expects that the hard kombucha market will continue to gain market share in the coming years. “Retail sales of hard kombucha in measured channels grew by 128% in 2020, according to A.C. Nielsen data, to exceed an estimated $15.3 million ― up from less than $2 million just four years earlier,” he says. “Even with its rapid growth, hard kombucha may not always fit easily in brewers’ lineups. Nonetheless, it should enjoy solid growth for the next few years.”

This latest round will be used to accelerate the growth of Flying Embers’ current brands as they scale nationally, fueled by a growing consumer base of modern drinkers in search of premium hand-crafted natural and organic options. With this funding, the company will prioritize investment in expanding its marketing efforts to introduce new consumers to the growing hard kombucha category, and further bolster its sales infrastructure to support its wholesaler and retail partners, it states.

Whether it’s traditional kombucha or hard versions, the kombucha market looks poised to gain share in the coming year.