The PBS series “Downton Abbey” and its castle has become an icon of dignity, elegance and nostalgia both for Hampshire, England, locals and viewers worldwide. The castle’s real name, Highclere Castle, recently launched a spirit in its namesake created by its real lord — Lord Carnavron.

Highclere Castle Gin, developed by Lord Carnavron and Highclere Castle Gin Chief Executive Officer Adam Von Gootkin, is toasted regularly by Lord and Lady Carnavron, and shared with fans internationally as part of its “Cocktails at the Castle” segments on Facebook LIVE, during which the couple shares sights, sips and their favorite stories over cocktails made with the gin.

The gin itself was created using botanicals straight from the garden on the castle grounds, which was first installed by Robert Herbert in the early 1700s. 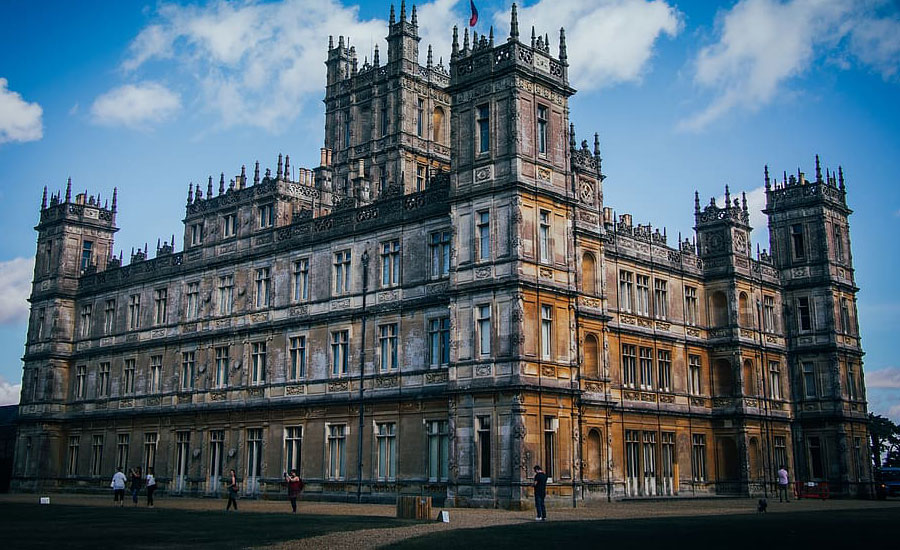 Click image for larger version
The PBS Series “Downton Abbey” put Highclere Castle on the map, and Highclere Castle Gin gives fans of the icon even more reasons to fall in love with its history. (Im-age courtesy the Telegraph, UK)

“Highclere has been associated with wild juniper, which grows on one of our ancient hills. I got a random email from [Von Gootkin] suggesting we create a spirit, which started all of this,” says Lord Carnavron. “I’ve often spent time in our Victorian orangery among the citrus, lemons, lime and rows of lavender, so I began to muse what we could do with these spectacular scents and tastes.”

Recipe development took about a year, according Von Gootkin, who said they were so close for so long, but it wasn’t quite “it.”

That’s when Lord Carnavron had the idea to add oats. Decades ago, Highclere Castle grew oats for performance horses. As a result, they added oats to the gin basket post-distillation and, sure enough, it created that creamy, smooth finish they had been looking for, the duo says. “The gin’s 24th iteration is when we finally hit the mark,” Von Gootkin says. “There are very few gins you can sip like a whiskey on the rocks, but this one is superb. Orange and a rosemary sprig brings it to life. Down to the angelica and the cardamom notes, each botanical has its own place while you’re sipping.”

The gin soft-launched May-August 2019. It is now available in 25-plus U.S. states, select fine restaurants and hotels in Paris, Switzerland, and the U.K., as well as on Thirsty.com. The company plans to distribute 30,000 cases in 2020.

Highclere Castle Gin has gained 135,000-plus followers since its launch, who might be pleased to learn the brand is developing a ready-to-drink “Garden Cocktails” line inspired by garden parties.

“Our fans really appreciate fine spirits, the art of the cocktail and the history of Highclere,” Von Gootkin says. “Especially now, everyone needs a little extra fun, especially at home, so we are developing these using real ingredients and Highclere Castle Gin: nothing artificial.”

He says these will launch in about a year.

“People love Highclere and enjoy their visits here, but as they can’t visit right now, the gin is a bit of distilled Highclere,” Lord Carnavron says, in closing. “When you pick up that bottle 5,000 miles away from us, that’s what you’re really touching: that bit of history. If we can somehow impart that, we’ve succeeded.”