In the musical “Hamilton,” Lin-Manuel Miranda as Alexander Hamilton sings at the onset of the song “Right Hand Man” that the only way for him to rise up is by serving in the Revolutionary Army. In the fast-moving consumer packaged goods (CPG) market, consumers’ evolution in beverage choice has helped energy drinks “rise up.”

“The energy drink category is a strong performer within the wider non-alcoholic beverage industry, outpacing growth in other beverages,” states Chicago-based Mintel in its May report “Energy Drinks: Including Impact of COVID-19 – US.” “Combined energy drink and energy shot sales now surpass $14 billion, with sales projected to reach $20 billion by 2024.”

Chicago-based Euromonitor International notes that the energy market’s proposition of delivering vitality to consumers has helped it reach the status it has achieved today.

“The energy drinks category continues to diversify with new product launches and the expansion of use occasions through innovation. One of the most sought-after functional beverage benefits is energy,” the market research firm states in its “Energy Drinks in the US” report. “This has assured the energy drinks category’s continuing success. It also largely insulates it from concerns over sugar content and artificial ingredients. Artificial ingredients can even draw consumers in, as in the case of Bang energy and its hotly debated ‘super-creatine.’ While other high sugar and calorie beverages such as soda or juice continuously decline, energy drinks continue to succeed.”

“Energy drinks have a dedicated base, yet that group represents a small slice (less than half) of U.S. consumers. And among non-users, products in the category come saddled with a less-than-positive reputation,” the report states. “The perception that energy drinks are too sugary, too artificial, contain too much caffeine or simply that they don’t taste good, presents a formidable barrier to trial. Despite loyalists that keep the category flourishing, conversion of non-users is extremely difficult, but necessary to sustain the sales trajectory for the long term.” 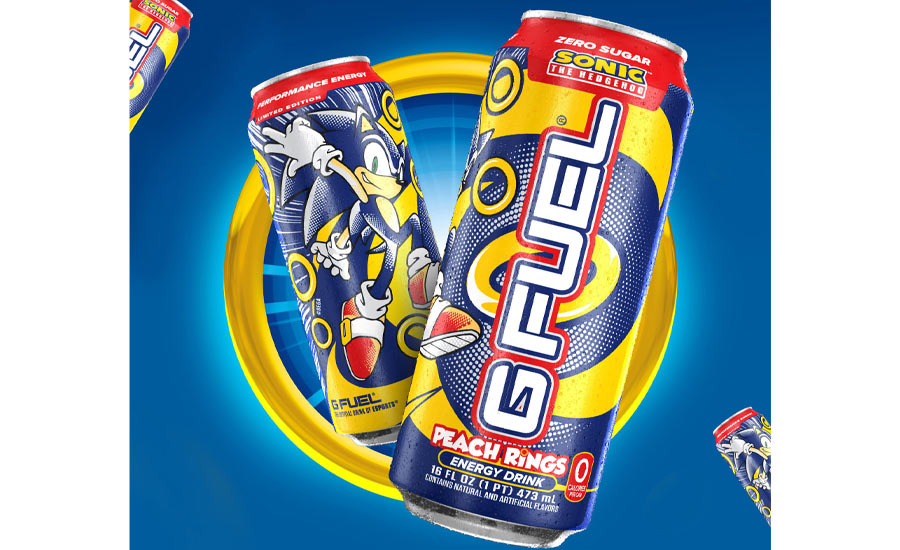 “Red Bull and Monster will either lead these innovations or will not be that far behind the curve, although of course as we have seen Monster has been more active on this front in the past, the exception being Red Bull with its successful Editions flavor extensions,” Dilworth continues. “The shot segment has diversified away from energy into other beverages and need states.”

As the energy market looks to capture a more diverse audience base, experts note that some focus groups have been more successful than others.

“There have been many attempts over the years to create a ‘better’ energy drink segment,” Dilworth says. “These have done modestly well, but the natural trend hasn’t yet taken off.  Contrast that to the ‘performance energy’ segment, which seemingly emerged out of nowhere and skyrocketed in 2019, mostly due to Bang.” 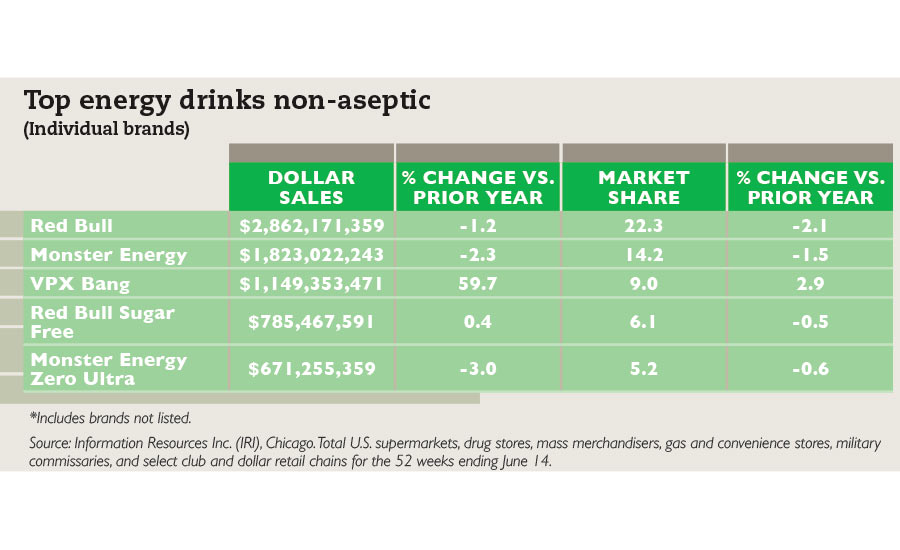 Another demographic that has fared well with energy drinks is the gaming community. For instance, G FUEL, dubbed as the official energy drink for Esports, created a new drink in partnership with SEGA of America Inc.

Euromonitor’s report notes that the functional attributes of energy drinks have allowed them to carve out a presence across varying consumer groups.

“Energy drinks’ wide appeal has allowed a number of niche brands that target specific subsets of consumers to launch,” it states. “Gamerfuel appeals to gamers, X-Mode comes with reusable bottles for those with sustainability concerns, and fitness enthusiasts now have the whole of the emerging performance energy subcategory.”

“Our data show that, unlike the stockpiling patterns shown in bottled water and CSDs, COVID-19 had a negative impact on energy drinks volume and retail dollar sales,” BMC’s Dilworth says. “This is primarily due to slower C-store traffic in the relevant shut-down period.”

Mintel’s report notes that although energy drinks likely were compressed because of stay-in-place restrictions across the United States, it suspects that energy shots saw a deeper hit because of the convenience factor associated with them.

“The energy shots segment will continue an already established slump that will likely be inflated by the impact of COVID-19,” the report states. “The more impulsive nature of energy shot consumption coupled with reliance on the convenience store channel will lead to a downturn in sales.

Sales of both energy drinks and energy shots should return to pre-pandemic patterns as shelter-in-place orders are lifted.

“A prolonged economic slowdown could hinder some growth, as energy drinks are discretionary, and the primary functional benefit – energy – loses its practicality among unemployed consumers,” it continues.

In a prepared statement for Mintel’s report, Caleb Bryant, associate director of Food & Drink, cautions about the impacts that widespread unemployment will have on the energy market, but notes that its dedicated consumers will help the category weather this challenging economic time.

“[E]nergy drink users tend to be category loyalists and will keep the market strong,” he said. “Big energy drink brands can leverage trade spend to appeal to value-conscious category buyers. Product innovation will remain important even during a recession, and the launch of Coca-Cola Energy suggest new consumers can be motivated to enter the market via familiar flavors and a brand consumers trust, but brands must always focus on delivering energy to consumers.”